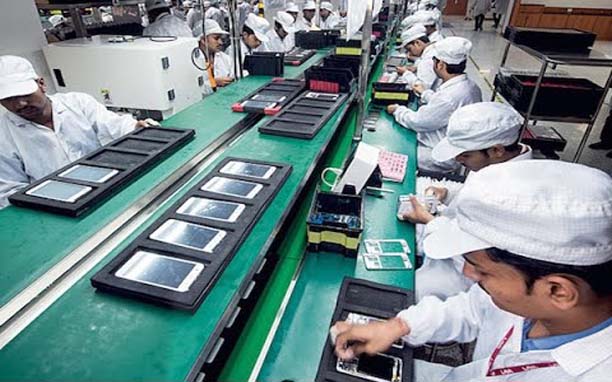 India is taking several reformative actions to help the country be less import-dependent and be more self-reliant.

The plan for this is to be optimistic in building a strong ecosystem across the value chain and integrating with the global value chains, thereby strengthening the electronics manufacturing ecosystem in the country. This is why the government of India brought out the Production Linked Incentive Scheme (PLI) for Large Scale Electronics Manufacturing.

The PLI scheme was notified on 1st April 2020, extends an incentive of 4% to 6% on incremental sales (over base year) of goods under target segments that are manufactured in India to eligible companies, for a period of five years subsequent to the base year (FY2019-20).

Today, under the PLI scheme, the Ministry of Electronics and Information and Technology (MeitY) has approved 16 eligible applicants.

While giving approval of eligible applicants under the PLI Scheme, Ravi Shankar Prasad, Union Minister for Electronics & IT, Communications, Law, and Justice said that the PLI scheme has been a huge success in terms of the applications received from global as well as domestic mobile phone manufacturing companies and electronic components manufacturers.

According to the Union Minister, the industry has reposed its faith in India’s stellar progress as a world-class manufacturing destination and this resonates strongly with Prime Minister’s clarion call of AtmaNirbhar Bharat – a self-reliant India.

Out of these, 3 companies namely Foxconn Hon Hai, Wistron, and Pegatron are contract manufacturers for Apple iPhones. Apple (37%) and Samsung (22%) together account for nearly 60% of global sales revenue of mobile phones and this scheme is expected to increase their manufacturing base manifold in the country.

These companies are expected to expand their manufacturing operations in a significant manner and grow into national champion companies in mobile phone production.

The companies approved under the scheme are expected to promote exports significantly. Out of the total production of INR 10,50,000 crore in the next 5 years, around 60% will be contributed by exports of the order of INR 6,50,000 crore.

The companies approved under the scheme will bring additional investment in electronics manufacturing to the tune of INR 11,000 crore.

Domestic Value Addition is expected to grow from the current 15-20% to 35-40% in case of Mobile Phones and 45-50% for electronic components.

The government strongly believes that the creation of domestic champion companies in electronics manufacturing under this scheme would give a fillip to vocal for local while aiming for global standards.

Commenting about the approval, Pankaj Mohindroo, Chairman, ICEA, said, “The approval for global companies is on expected lines. The approval for Indian Companies is a very fair hand dealt and each company has got one approval. Now the challenge begins i.e can these future Indian champions build core design and brand capabilities and also scale up to become globally competitive or some of them use it tactically and fade out with the PLI incentive. A leap in mindset is required and I am sure once bitten twice shy—they have learned their lessons. The components PLI is not to the nation’s potential as of now and all of us will have to work extremely hard on building this further.”

The cabinet has extended the PLI scheme by announcing the same for laptops, tablets all-in-one…

In a recent development sure to cheer up telecom equipment makers all across the country,…

PLI scheme hailed as India’s success mantra to be Atmanirbhar