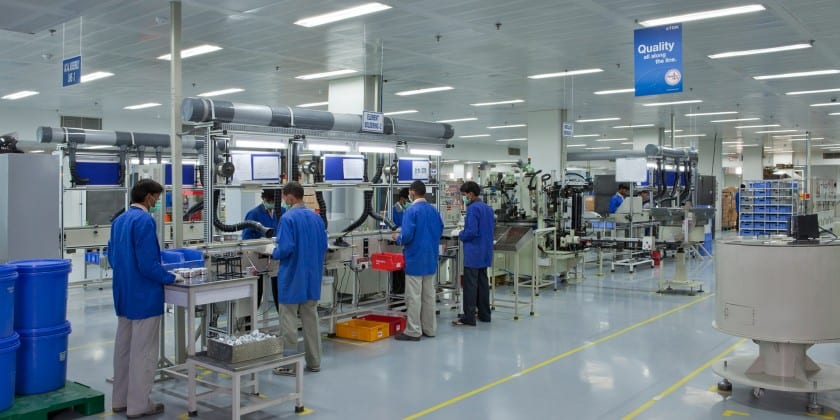 NEW DELHI: The Ministry of Electronics and Information Technology (MeitY) has announced a Phased Manufacturing Programme (PMP) with the objective of promoting the depth in domestic manufacturing of Cellular mobile handsets.

“The Phased Manufacturing Programme has been notified with the objective of substantially increasing the domestic value addition for establishment of a robust Cellular mobile handsets manufacturing eco-system in India. The programme shall enable the Cellular mobile handset and related sub-assembly/ component industry to plan their investments in the sector,” a statement said.

“The introduction of differential Excise Duty dispensation in the Budget 2015-16, i.e. Countervailing Duty (CVD) on imports of mobile handsets @12.5% and Excise Duty @1% without input tax credit gave an impetus to the Assembly, Programming, Testing and Packaging (APTP) model of manufacturing Cellular mobile handsets,” the statement said.

Speaking about the policy Aruna Sundararajan, Secretary, Ministry of Electronics & Information Technology (MeitY) said, “This initiative will help in building a robust indigenous mobile manufacturing ecosystem in India and we believe that it will incentivize large scale manufacturing. It is our roadmap to ensure an increase in the domestic value addition in manufacturing of mobile handsets. It will give a huge impetus to local mobile manufacturing and will help us meet a significant portion of the global handset requirement over a period of time. It will also create an ecosystem, where due to the growth in local manufacturing, mobile phones will become cheaper and will be accessible to millions of Indians, in turn giving a huge boost to the digital payments initiative of the Government.”

Speaking about the policy Pankaj Mohindroo, National President, Indian Cellular Association (ICA), Chairman – Fast Track Task Force and Trustee – Center for Development of Electronics System Design and Manufacturing (C-ESDM) said, “There is no doubt that we are on a robust path of enterprise creation and developing a world-scale industry with an extremely serious global footprint. We will not get entrapped by protectionism, but will create deep competencies, both cost and skills, which will create a globally benchmarked workforce and complementary industries intertwined with the global mobile phone and component ecosystem equally encouraging global and domestic enterprises. We are fortunate to have excellent leadership in place, but we need to develop a very strong framework, competent stakeholders in the entire eco-system, from policy making to SME entrepreneurs in tier III and tier IV enterprises”.