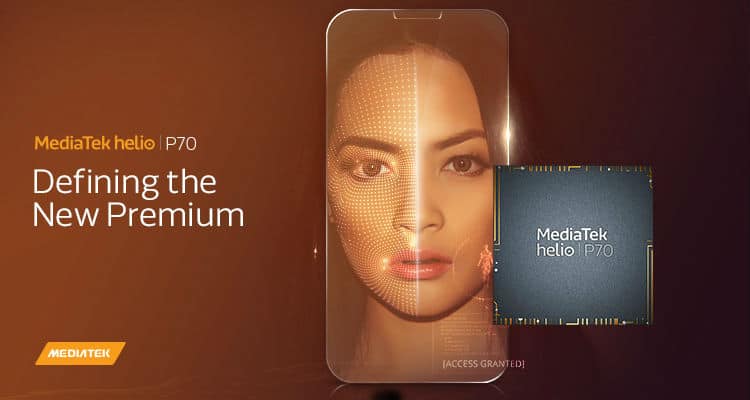 MediaTek has announced the launch of the Helio P70 system-on-chip (SoC), with an enhanced AI engine combined with CPU and GPU upgrades for more powerful AI processing. Helio P70 also comes with upgraded imaging and camera support, a gaming performance boost and advanced connectivity features. The Helio P70 packs all these upgrades into an ultra power-efficient chipset to meet the most demanding user needs .

The introduction of the Helio P70 follows the global launch of the Helio P60 earlier this year, and builds on its hallmark features to power the “New Premium” market of full-featured smartphones at affordable price points.

Built with TSMC’s 12nm FinFET technology, the Helio P70 features a multi-core APU operating at up to 525 MHz for fast and efficient edge-AI processing. To maximize the performance of demanding AI applications, the chipset packs four Arm Cortex-A73 2.1 GHz processors and four Arm Cortex-A53 2.0 GHz processors in an octa-core big.LITTLE configuration. For an additional power boost, the chipset has an improved Arm Mali-G72 MP3 GPU operating at up to 900 MHz, which provides a 13 percent performance improvement compared to the Helio P60.

The Helio P70 is in volume production now, and is expected to be available in consumer devices by November of this year.