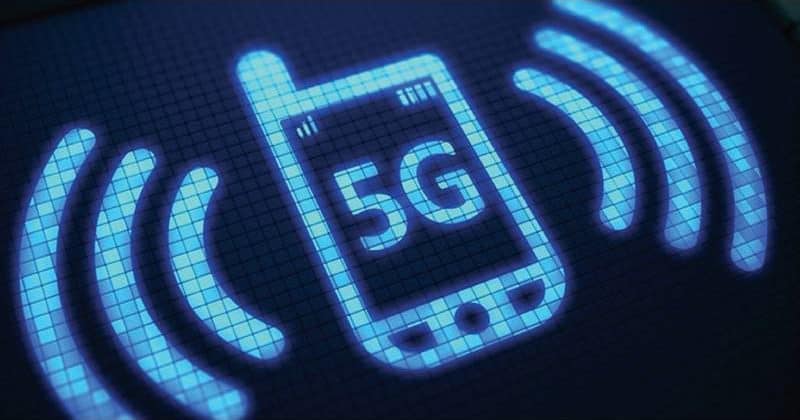 The task before policymakers in India is to ensure that the benefits of upcoming 5G technology are made accessible to all at an affordable cost. 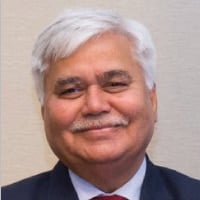 Mobile communication in India has gone through a series of phenomenal changes over the past 25 years. Having achieved the stature and size of this magnitude, the telecom sector in India has kept a legacy and model before other developing economies of the world of a vibrant policy and regulatory environment.

From the time of the first mobile call made on 31 July 1995 to the present, as the world’s second-largest mobile market, India has come a long way. From now on, the mobile sector, and the ICT space are ready to embrace many technological innovations related to 5G, artificial intelligence (AI), machine-to-machine (M2M), and beyond. When that historic first mobile telephone call was made 25 years ago, very few would have realized that this will make an indelible mark in the history of Indian telephony and would transform our lifestyle, behavior, the conduct of business activities, etc. forever. Now it is hard to imagine life without a mobile phone.

The evolution of the Telecom sector started in earnest, with the adoption of National Telecom Policy 1994 (NTP-94), which was the first effective step towards deregulation, liberalization, and private sector participation in the telecom service sector. The NTP-94 defined certain important objectives, including the availability of telephone on demand, provision of world-class services at reasonable prices, ensuring India’s emergence as a major manufacturing/export base of telecom equipment, and universal availability of basic telecom services to all villages.

The opening of the telecom sector to the private sector has led to a huge investment in the sector. The NTP-94 envisaged providing world-class quality of telecom services and the development of telecom services, as well as increasing accessibility of telecom services. It also emphasized to provide the widest permissible range of services to meet the customer’s demand at reasonable prices. The uptake of mobile phones in our country was rather quick and in a short span of a few years, say by 1997, the number of mobile phone subscribers grew to 14.5 million, which was in a way started the process of achieving the goal of “telephone on demand” envisaged in NTP-94.

The entry of private service providers brought with it the inevitable need for an independent regulator. The Telecom Regulatory Authority of India (TRAI) was, thus, established with effect from 20 February 1997 by the Telecom Regulatory Authority of India Act, 1997 to regulate telecom services, including fixation and revision of tariffs for telecom services that were earlier vested with the central government. The Authority is empowered to make recommendations to the government on various issues related to the telecom sector, such as the need and timing to introduce new service provider, measures to facilitate competition and promote efficiency in the telecom services to facilitate growth in services, technological improvement in services, types of telecom equipment to be used, and measures to develop the telecom services and efficient management of available spectrum.

TRAI is also mandated to ensure technical compatibility and effective interconnection between the telecom service providers and lay down the quality of service benchmarks and ensures compliance of the same. The story of telecom sector growth in India is predominantly attached to the growth of mobile telephony.  Technological evolution has hugely contributed to the mobile telephony and our journey from 2G to 5G – which is expected sooner than later – has been made possible due to favorable policy and regulatory initiatives of both government and the regulator.

The 5G economy will introduce a new level of complexity to policymaking and regulation as new business models emerge.

After its inception, TRAI made several recommendations to the government on telecom related issues such as revenue share and unified licensing. These helped in the reduction of the telecom tariff drastically during the year 1999-2000. In 1999, the New Telecom Policy was released, which aimed at the rapid expansion of teledensity. It focused on the provision of universal service to all uncovered areas, including the rural areas, and the provision of high-level services capable of meeting the needs of the country’s economy. It also sets the objective for the creation of a modern and efficient telecommunications infrastructure taking into account the convergence of IT, media, telecom, and consumer electronics, and thereby propelling India into becoming an IT superpower. It also allowed the migration of the licensees from a Fixed License Fee Regime to a Revenue Share Arrangement Scheme w.e.f. 1 August 1999.

In November 2003, the government introduced the Unified Access Service License (UASL) regime. The UASL permitted an access service provider to offer both fixed and/or mobile services under the same license, using any technology. The entry of new players, internet telephony, national roaming regulation, and calling party pay (CPP) regime also helped in the growth of the mobile telephony in the country. Further, the Pan India Mobile Number Portability (MNP) in 2011, permission for 100% FDI in the sector in the year 2013, and the launch of VoLTE by operators in the year 2016 combined with reduced data rates and the Smart Mobile Handsets have completely changed the mobile telephony landscape.

The mobile telephony, which started in India as voice telephony in the year 1995, has become more of a device running on data/internet and providing all the essential services such as mobile banking, education, medical, entertainment, and educational services. The growth of mobile telephony in India has also been fuelled by a mix of several important factors such as the emergence of growth opportunities, healthy investments in the sector, and the rapid development of technology. In addition, factors such as India’s large population, high economic growth in the country, intense competition in the sector, low tariffs, infrastructure sharing, and the introduction of enabling regulatory reforms are also widely acknowledged as being responsible for the exponential growth in the Indian mobile telecom industry. The vibrant, forward-looking regulatory policies were one of the catalysts for achieving this growth.

Through the combined efforts of the government, regulator, and the service providers, mobile telephony crossed the 500 million mark in 2009 and touched the billion-mark in 2015. The telecom sector in India now boasts of over 1.17 billion subscribers today. Along with better connectivity, the quality of services has also improved; given the affordability. The phone device has now transformed from a “luxury” to a necessary utility good for social and economic mobility. Today we have 1.15 billion wireless or mobile telephone subscribers, including 629.44 million urban and 520.08 million rural subscriptions. Besides, 97.2% of the total 676.14 million broadband subscribers come from the wireless segment.

On the technology front, the country has upgraded to 4G and is readying for rolling out of 5G services. Overall, the network technologies have evolved to a level unimaginable in 1995, when the first mobile call was made. Today the mobile telephony serves as a lifeline for the masses with the entire nation effortlessly working from home during the pandemic and resultant lockdown.

Looking ahead, with the implementation of 5G and associated technologies, there will be much higher broadband speed available. The government has already decided to auction the spectrum and therefore, with the rollout of 5G, higher download speeds can be provided to the customers. The 5G economy will introduce a new level of complexity to policymaking and regulation as new business models emerge. The challenge for policymakers in the 5G economy is that they must be prepared to address the ubiquity of the new technology in everyday life without creating regimes that stunt the continued innovation that will be critical to the success of the 5G economy.

The task before India’s policymakers is to ensure that the advantages of the new technologies are accessible to all equitably and affordably while securing them against existing and emerging threats. For achieving this goal, the government has released the National Digital Communication Policy (NDCP) 2018. This policy framework provides the right launching pad for realizing the digital transformation aided by mobile telephony. This will ultimately unlock the transformative power of digital communications networks and enable us to achieve the digital empowerment goal and improve the well-being of the people. Areas, where policy and regulatory modernization will be required for a future mobile-led growth, will include cybersecurity, privacy, spectrum allocation, access to public infrastructure, small cell deployment, in-building access, cross-sectoral coordination, licensing framework, streamlined process for faster implementation, and education, training, and development of digital skills.

The challenge for policymakers in the 5G economy is that they must be prepared to address the ubiquity of the new technology in everyday life.

Any discussion on the Indian telecom sector growth story will be incomplete without acknowledging the contribution of various stakeholders such as service providers, equipment manufactures, and consumers, who have played a major and constructive role in building the ecosystem of the mobile sector step by step and brought it to this level. This growth that was supported by all stakeholders has contributed effectively to the economy of our country.

As we stand today celebrating the 25 years of mobile telephony, we look forward to greater hope and confidence that we are in for exciting times ahead. No one can accurately predict the future role of mobile telephony in the next 25 years, but we can rest assured that this technology is here to stay and continue to take us to different levels of innovations and achievements.

The author is the Chairman of TRAI

On Friday, the Telecom Regulatory Authority of India extended the deadline to submit their suggestions on satellite-based connectivity.…

TRAI, the apex telecom regulator, is planning to conduct a consumer-facing survey. This survey will…