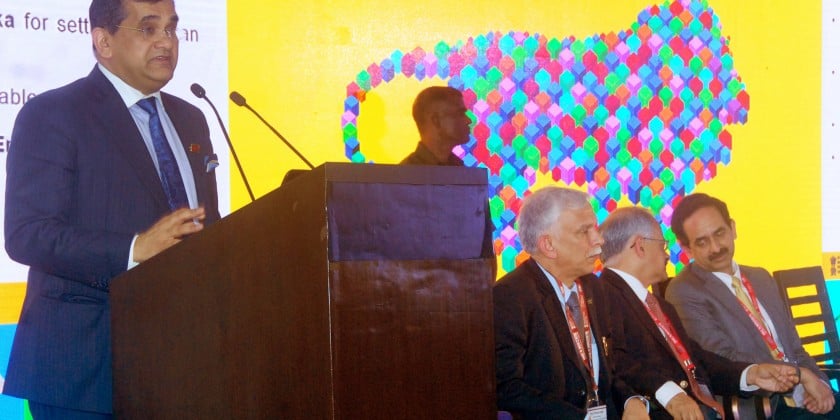 “Make In India Week in Mumbai has been phenomenal hit. It has successfully brought manufacturing, design and innovation to the centre-stage”  Kant said.

He said a Task Force is being set up headed by the State Industry Minister to ensure that MoUs signed are translated into actual investments.

Facts at a glance

More than 8 lakh people visited the Make In India Expo and other events, of which 49,743 were registered delegates. 102 countries were represented in the mega expo.

A total of 150 events were organized under the Make In India Week banner while more than 25,000 people participated in Seminars and Symposia, where over 1,200 experts from various walks of life from Ministers, Chief Ministers, policymakers, industrialists, academicians and spiritual gurus spoke on wide ranging issues concerning business and society.

Key deals concluded during the MIIW

· E toll policy covering 360 toll plazas on the National Highways across the country.

Make In India Mittelstand initiative was aimed at attracting Small & Medium Enterprises from Germany to set up manufacturing facilities in India. 19 Mittelstand companies had enrolled for the programme.

Focus on Design, Innovation & Start Up

Shri Amitabh Kant said, one of the key focus areas of Make In India Week was Design, Innovation & Start Ups. On Spot prize of Rs. 2 crore by Qualcomm for Startups in India today.

Hackathon, organized by the consortium of IITs provided a platform for innovators, programmers and engineers. Two teams each providing innovative solutions in water, energy and transportation were awarded during the week.