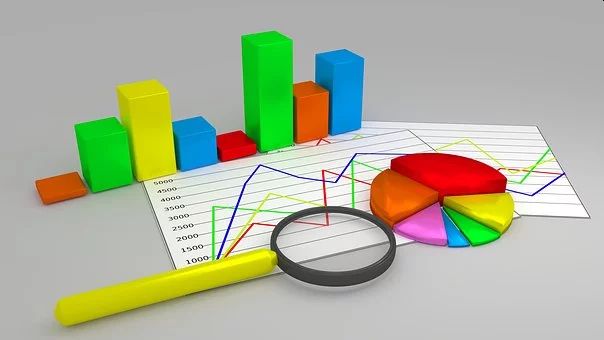 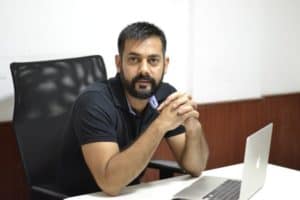 Founder of Jigsaw Academy, Gaurav Vohra has over 18 years of experience in the field of analytics and has worked across multiple verticals including financial services, retail, FMCG, telecom, pharmaceuticals, and leisure. He has been tracking India’s telecommunications industry very well and is quite aware of the latest technologies that shape the industry. Data is something that Gaurav surmounts on and his collation of data with analysis in this field piqued the curiosity of Voice&Data to understand what he knows about the current affairs of India’s telecom market.

Gaurav Vohra, with co-Founder Sarita Digumarti, started Jigsaw Academy in 2011. They were brought together by their shared passion for data and their belief in the power of analytics and Big Data to change the way, not just industries, but individuals could work. They regard data science as a necessary life-skill, and their constant endeavor to improve how it is taught has been a consistent factor in what continues to distinguish their Jigsaw Academy from other training providers.

Now let’s look at the industry from Gaurav’s perspective:

Hearing it from Gaurav, he initiates the discussion with facts, saying, “If stats are to be believed today, India ranks as the second-largest telecommunication market that has a whopping 1,186,63 million customer base (as on July 2019). The wireless market segment is also growing at an exponential rate hovering around 98.2% of the overall customer base. There are plenty of acclamations that India has bagged in terms of its telecom footprint on the world. India also holds the highest data usage per smartphone in the world, i.e., 9.6 GB per month. The number is expected to touch 18 GB by the end of 2024. There are some radical advancements happening in the Indian telecom sector that clearly depicts the global domination of the country and its expedited growth as well.”

Gaurav believes that by the year 2029, India will also become the fastest growing mobile application market as well as the fastest-growing market for Google Play downloads

Studying the trend, Gaurav believes that by the year 2029, India will also become the fastest growing mobile application market as well as the fastest-growing market for Google Play downloads. He says, “India crossed the 500 million internet user mark this year and it is expected to cross 650 million by 2020. As of 2018-19 revenue data, the gross revenue of the Indian telecom industry was $ 33.97 billion. The push factors for this growth are the government initiatives that have been constantly fuelling the telecom industry with FDI, National Digital Communication Policy, infrastructure investment, etc.”

Tapping on the current requirement of the customers, Reliance Jio focused on providing high-speed data rather than voice and SMS. They introduced a line of tempting data plans.

Now, the most inevitable question is how Gaurav views the success story of Reliance Jio and its impact on the Indian telecom industry? He would certainly know what was that game-changing moment for the industry with Jio’s entry! Sharing his analysis, Gaurav says, there’s no doubt in asserting that Jio turned the tables for all the major and well-established companies. Tapping on the current requirement of the customers, Reliance Jio focused on providing high-speed data rather than voice and SMS. They introduced a line of tempting data plans. India is a sensitive market, Jio made a daring move by bringing a plan of 1GB 4G data per day when popular telecom companies were going with 1GB per month. Guess, that was the game-changing move made by Jio to establish their credibility and strong position in the market! Offering data services at cost as low as INR 5 per day, Jio aimed at harnessing the telecom market situation of data service plans. Though major operators like Vodafone, Airtel and Idea tried their best to compete with Jio’s plan by making alterations in their plans, nothing could beat the unlimited data and voice services of Jio.”

If stats are to be believed, the revolutionary 5G technology will contribute approximately $2.2 trillion to the global economy in the next 15 years. So, with such massive advancements under the wraps and all set to fly high in the global marketplace, it can be safely said that the Indian telecom industry is on the right path for steady growth.

Agreeing with these stats, Gaurav indicates, “According to the Economic Survey of 2019, it is anticipated that the telecom industry will be contributing 8.2% GDP to the country by the end of 2020. The Modi-led government is all set to bring 5G by 2020. 5G is also a massive opportunity for the telecom industry to reach the global markets and customers and gain a competitive edge in the economy as well. The inclusion of super-fast 5G wireless technology is deemed to bring in a new era of internet-dependent smart devices that will eventually harness the potentials of M2M and IoT.”

Wi-Fi 6: The scenario in India

Wi-Fi 6 is a hot topic in the telecom industry today. Estimated to offer up to 9.6 Gbps download speed which is double the speed on an 802.11n (Wi-Fi 4) or on an 802.11ac (Wi-Fi 5), Wi-Fi 6 is the new version on 802.11ax. Wi-Fi 6 is deemed to bring transformation in the way internet connectivity is used. Wi-Fi 6 is also deemed to combat the congestion issues that are one of the major troubles that Wi-Fi connectivity faces.

Although speed is a major plus with Wi-Fi 6, Gaurav is quite perplexed about its security and usage. Revealing more of what he knows, Gaurav Vohra says, “While the advantages of Wi-Fi 6 are quite evident and welcoming like it is a multi-user multi-input, a multi-output device where more than one device can be connected to the same router, there are plenty of drawbacks that are often overlooked. There are plenty of downsides of Wi-Fi 6 that is shadowed by its remarkable benefits. Today, smartphones, laptops, and routers that have Wi-Fi 6 have an expensive side. A device needs to have Gigabit-class broadband in order to relish the benefits of this technology. Another major drawback of Wi-Fi6 is its smaller network range. Compared to the 5GHz network, Wi-Fi 6 has a very small range that interrupts the signals more often. So, when it comes to the network range and better connectivity for a broader network area, Wi-Fi 6 is not a smart option to seek.”

The luxury of public Wi-Fi has its own set of perks and perils.

Public Wi-Fi is growing popular in all major metro cities and urban areas. From airports to restaurants, there are plenty of free Wi-fi spots where the internet can be accessed without any internal or external cost. But, the luxury of public Wi-Fi has its own set of perks and perils.

Sharing his viewpoint on this, Gaurav says, “Today’s scenario of the Indian telecom industry is remarkable. There have been several successful milestones achieved so far that have contributed to the continuous growth of the telecom industry. Though there has been some downfall in recent years, the fair picture is that the Indian telecom industry is running smoothly. When it comes to experiencing losses, yes, the telecom industry has undergone some huge losses in past years whose impacts are still felt in the industry. The telecom industry is somewhere recovering from those losses and at this time, it requires some potent support from technologies that can radically change this situation. Public Wi-Fi is by far the most effective initiative that can be taken to regulate the situation and bring in a positive change in the telecom industry. Public Wi-Fi will require a considerable amount of investment to roll out the first set of services, but as it is tapping to the hot concern of the customer, it can be fairly predicted that public Wi-Fi would be a great deal. Public Wi-Fi is under process for quite a time now. Last year, telecom operators rejected the public Wi-Fi model presented by TRAI and came up with their project of 10 Lakhs Wi-Fi hotspots model.”

Telecom operators should bring out their services as PDOAs to emerge as a strong player who contributes to the development of public Wi-Fi hotspots.

“Public Wi-Fi is undoubtedly a great initiative to bring out the best use of the internet in public places. It’s good to see how government and prominent game-changers in the business sector are coming forward to support the pitching of the public hotspot. Telecom operators should be equally contributing to the pitching strategy for the roll-out of the public Wi-Fi spots to gain a competitive edge in this technological era. It can be asserted without any doubt that public Wi-Fi hotspots are massive technological advancements in the telecom industry and telecom operators must harness this opportunity to pitch their business as well. With TRAI announcing Public Data Office Aggregator (PDOA) a new set of players who will be regulating the public Wi-Fi services, it is the time when telecom operators should make their bid. PDOA will be selling the internet services to the customer via yesteryears’ PCO type set up which now will be called Public Data Offices. Telecom operators should bring out their services as PDOAs to emerge as a strong player who contributes to the development of public Wi-Fi hotspots. They should also bring in their dedicated public Wi-Fi services to move a step forward in this technological race,” further opines Gaurav.

Data and its association with cybersecurity

Whether blame it on poor cybersecurity or the impeccable expertise of cybercriminals, organizations with confidential data are always vulnerable to these cyber threats.

“A report by efficientip.com finds that about 43% of telecommunication companies have faced severe DNS malware-based attacks. The facts and stats regarding cybercrimes are disturbing but true. Cybercrimes have been increasing at a lightning-fast pace. Whether blame it on poor cybersecurity or the impeccable expertise of cybercriminals, organizations with confidential data are always vulnerable to these cyber threats. There is a lot of initiative that needs to be taken, plenty of strategies that need to deployed and frameworks that need to be gauged to ensure complete cyber safety of the system,” warns Gaurav.

Posted by: Anusha Ashwin
View more posts
Looking at India’s telecom industry through a data analyst’s lens – 5G, Jio, Wi-Fi 6, Public Wi-Fi in perspective 0 out of 5 based on 0 ratings. 0 user reviews.
Trends that shook the world 2010-2019!
Indian Government should defer 5G spectrum auction for next 3-5 years: PHD Chamber of Commerce and Industry

We have had another interesting decade! While it was not so engrossing as the 2000s,…