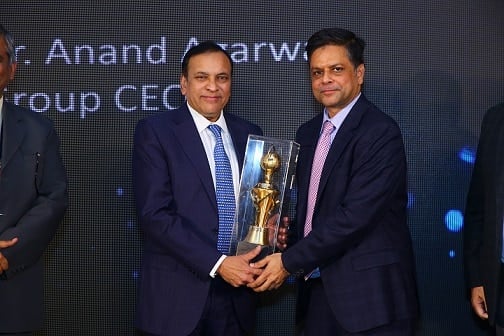 Over the last 25 years, technology has dramatically transformed human society. Businesses have been able to break boundaries with the help of technology and the internet. Today, seven of the world’s top 10 companies are the Internet technology leaders. More than 3.8 billion people, or 51% of the world’s population, are now connected, thanks to technology.

India has not been much behind, with more than 500 million people, or nearly 40% of its population, having access to the Internet.

However, this is still just a beginning. Almost half of the world’s population is still unconnected. Around 70% of women in countries like India have never seen the world-wide web and nearly three-fourth of all retail purchases are still being done in the physical world, while online commerce is catching up at a relatively slow growth rate of 12% every year. 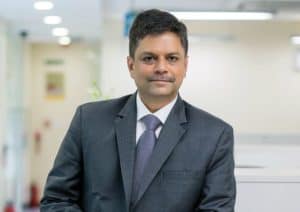 Moving to the edge
The next phase of the Internet has to move deeper into the society. The good thing is that we already see the new architecture for this new phase taking shape. One would have surely noticed two significant signs of a massive transformation that could take the Internet everywhere for everyone and to do everything.

On one side of this transformation, we see that everything is getting converted into data. People generate 2.5 quintillion bytes of data every single day. We collect data on everything—our sleeping pattern, our eating habits, our communication mediums, and our driving style. Everything creates data!

On the other hand, we see that the world of connectivity has moved from transporting voice (telephony) to moving around data (bits-and-bytes of all kinds digital). Not only is this network technically capable of moving data, it is smarter. It can memorize, compute, and store, and it is closer to you physically at the edge of the network. It’s just a few hundred feet from the end user.

Smarter data networks
As everything becomes data and the data networks become smarter, a whole new architecture for the next phase is evolving. This nascent modern network is nimble and overcomes the constraints of a rigid physical infrastructure. It relies on the agility and upgradability of software.

They allow the data network to dynamically transform to needs of end-users. They also become more accessible as they use simpler open-source hardware and software elements, which can be made available by a host of new-generation network companies, empowering an affordable network for everyone.

New-age network
Yet, a major challenge remains. How do we make this new-age network available to everyone in a faster and more affordable way? That’s where we, data networks creators from India, have a defining role to play.

A defining phase
As a country that is representative of the world in many ways, we have a unique role to play in bringing up the new Internet. We offer the meeting point of three core things—a representative populace, a global talent pool, and a relatively clean slate.

A representative populace for pervasive solutions: India represents both ends of the class pyramid. While in the first quarter of 2019, India saw more mobile apps installed than in any other country, it is also home to 800 million people who are yet to be connected through the internet.

India already consumes massive amount of data and applications, making it a dream market for many technology businesses. It is adept at making digital solutions available to common citizens across the country at low cost. For instance, Bharatnet, which aims to connect 250,000 gram panchayats, has started to generate impact, connecting thousands of people in rural India. We are most likely to give the world applications for all-pervasive education, low-cost transport, and advanced genomics, among others.

A global talent pool, massive and diverse: India is known to have a massive software talent pool. The technology talent in the country has churned out some mind-boggling, life transforming applications in the field of education, e-commerce, and e-governance, among others. Beyond sheer numbers, we also have diversity across technologies and leadership talent, which makes us well equipped to drive businesses across the globe.

Testaments to this are Sundar Pichai, Satya Nadella, Shantanu Narayen, et al, who have gone places and are leading technology behemoths across the globe. Apart from software, the Indian semiconductor segment has been overcoming teething problems and promising fabless and chip-design startups.

The semiconductor market, along with country’s technology prowess and massive telecom reach, could create an ecosystem that could take the digital revolution to newer heights and make India a powerful tech producer.

A clean slate with no legacy is a blessing in disguise: One of the world’s biggest economies and home to more than one billion people, India does not carry any weight of legacy systems. With more than 70% of towers still to be fiberized, India can leapfrog directly to latest edge networks that could help cloud providers and service providers meet evolving demands of consumers on the go.

We have seen this leapfrogging happen with Reliance Jio building the world’s largest greenfield and all-IP 4G LTE network to support millions of LTE subscribers, capturing 300 million subscribers in just two years of its launch.

Undoubtedly, this unique advantage could help India lead globally. All we have to do is to unblock India – so we can deliver what the world needs.

Three things to get us there
Despite the advantages, we still have to make major strides to achieve that. The fact is that today it is a challenge to ensure the consistency of the Internet. I have three suggestions to make:

The role of the private sector, including innovative startups, will be more focussed on using this national infrastructure platform for developing and delivering innovative applications of e-governance, education, healthcare, and entertainment. There must be an annual budgetary outlay for the next 10 years to create a high-quality national data infrastructure platform.

Embrace new-age virtualized tech: The stakeholders, including telcos, cloud companies, enterprises, and the government should make the leap to the new agile virtualized infrastructure. As we plan to make the move from 4G to 5G, along with hosting local data in India, there is an incredible window of opportunity to lead the world by setting a standard that is both advanced and affordable.

Given the large network investments that still have to be made, Indian network providers can leapfrog in adopting next-generation technologies to deliver ultra-low latency and unlimited data capacity.

A strong intent with a cohesive policy framework and a strong program management for a public-private consortium is very much needed to develop and deliver an India electronics ecosystem for the world. This would reduce significant imports of mobile phone hardware and telecom equipment and at the same time boost exports. 5G, with MEC, can help boost this ecosystem, and the timing is just right.

In the last 25 years, network technology has dramatically transformed human society, and the next 25 will complete that transformation. A new internet that reaches everywhere and handles everything is what is needed for bringing the whole world online.

Till now a follower, India can be a definitive leader for this next phase of the internet. The paradigm shift to digital is well underway and it gives businesses a great opportunity to reinvent themselves, create new business opportunities, and trigger new customer experiences.

We, in the data networks industry, have the opportunity of a lifetime and the responsibility to unshackle India and deliver the ‘everywhere everything internet.’
Indian telecom sector has never been afraid of the unknown. And I would want it to pave the way for the next digital revolution rather than sit on the side and watch the revolution unfold.

STL, the digital networks provider, is boasting of scoring high on its earnings that has…

STL has announced the appointment of Mr. Mihir Modi as its Chief Financial Officer. Mihir…

STL has been driving towards building advanced solutions for digital networks. These include converged access…