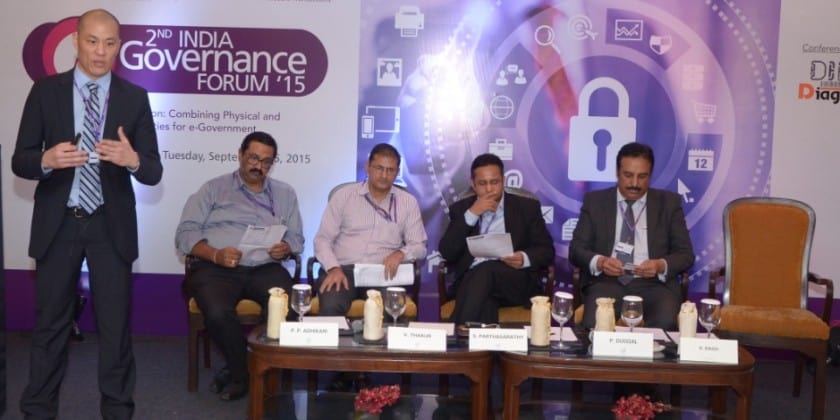 NEW DELHI: Prime Minister Narendra Modi’s pet project Digital India, which aims to provide government services to the citizens through online, reducing paperwork, could face challenges in the absence of adequate cyber security laws around it.

Although, India has taken significant steps in the area of e-governance, with almost all states in the country launching e-services in some way or the other but the pace to upgrade the technologies has been slow, making India vulnerable to cyber attacks. And at the same time, it should not be forgotten that in the year 2013, NSA whistleblower Edward Snowden actually triggered the creation of India’s National Cyber Security Policy after reports surfaced that the documents leaked by Snowden, alleged that a major part of much of NSA surveillance was focused on India’s domestic politics. Before that India had no cyber security policy.

While speaking at the recent India e-governance forum, organized by Dun & Bradstreet in association with Entrust Datacard in New Delhi, Pavan Duggal, Senior Advocate, Supreme Court and Cyber Law Expert, said that “India has seen massive projects being laid in e-governance but lacked the necessary security to support them. Cyber Security has the lowest priority in India. Our laws have barely evolved to match up with the amount of digital data produced. We are heading towards a very uncertain future in that respect.”

The conference also highlighted the primitive IT Act, which needs a complete overhaul in accordance with the cyber dangers grappling the nation in the present times.

E-governance in India is transforming government functions for increased citizen participation in its day-to-day activities by opening up new channels for government-citizen collaboration. Today, the government’s major focus area is the rollout of citizen services, using IT and the Internet as platforms.

Preeta Misra, Director – Learning Solutions, Dun & Bradstreet India, said, “In this dynamic world of new age risks, the challenge always remains on how well we anticipate and then mitigate these risks. With use of technology, the issue of data security is also an area of concern for a project like Digital India.”

Highlighting on trusted identities and strong authentication for e-Government Services, Devendra Chaudhry, Secretary, Department of Administrative Reforms and Public Grievances, Government of India said, “We need to understand that there is much more to e-governance than just technology. I want to excite the entrepreneurs to support e governance through e-commerce. I believe we should work together as team India to achieve Digital India.”

While stressing on the importance of e-governance, Rajiv Singh, Managing Director South Asia, Entrust Datacard, said, “Citizens are getting empowered with the access to online information but their identities are being exposed. There is a need for robust and secured technology to protect citizen’s identity which is a real challenge today. A lot of concerns need to be addressed in implementing successful initiatives like Digital India and smart city. While there is a technology available today, there is not enough ground work that works in conjunction with technology to build trust in citizens.”