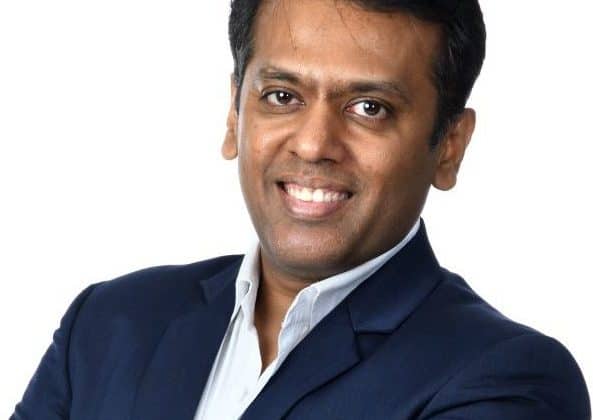 Diving deep into the white paper on Blockchain created by Satoshi Nakamoto, Praveenkumar Vijayakumar was more than inspired and thus urged himself to invest in Bitcoins. To his surprise, the RoI on the bitcoin gave him compensating returns. This was in the year 2013.

Impressed by the returns in hand, Praveen Kumar Vijayakumar conceptualized and founded Belfrics around the concept of Blockchain. Having served the financial derivatives markets for over 15 years and having served multinational brokerage houses and being a consultant to national FX and commodity exchanges for over a decade, Praveen was on the lookout for an instrument and domain space that could make a considerable change to the financial markets. The Satoshi Nakamoto’s white paper had the answer to his quest for that instrument he looked for.

Maya Kumar, the co-founder and Praveen’s wife, took the responsibility of administration and Praveen’s long-term friend and co-Founder, Jabeer shared the same vision and took over the operations of Belfrics Exchange. Santhosh Palavesh joined Belfrics at the budding stage as the Chief Innovation officer and core management member. Their company got into full-fledged operations in 2014, and since then the team has ensured that they evolve into a leading player in the blockchain space with a presence in more than 10 countries. 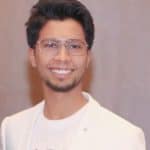 Being Headquartered in Malaysia, India serves as the tech backbone for Belfrics with offices in Bangalore and Vizag. Giving more details about the company, Santhosh Palavesh, Belfrics CIO, says, “We are the first regulated Sandbox participant in the Middle East by Central Bank of Bahrain and are reporting entities to many central banks in Asia, Africa, Middle East, and South America. Belfrics runs fiat to crypto exchange in 7 countries, which is quite unique in the crypto industry. We provide blockchain development and consultancy services to governments and major enterprises. We are part of national and state blockchain developments for several nations.”

Belfrics runs fiat to crypto exchange in 7 countries, which is quite unique in the crypto industry.

Belfrics claims to have launched India’s first and only KYC compliant blockchain – Belrium. Belrium is a flagship product of Belfrics, which is a combination of private and public blockchain, which is designed to ensure the governments and the enterprises can manage the privacy of sensitive data, yet be transparent enough to ensure good governance.

Describing more about the product, Palavesh says, “Belrium will serve as the core infrastructure for identity management and verification source for KYC and Anti Money Laundering (AML) industry. By adopting Belrium, financial institutions can reduce the money spent on KYC and AML considerably in a much more efficient manner than the existing solutions available. Belrium is perfectly aligned to comply with the GDPR and PSD2 compliance as we customer and the issuer are the owners of the data and verifiers can use the infrastructure effectively to verify without infringing any personal data or documents.”

Simply put, Belrium is an identity management infrastructure, which can be used by a variety of market participants.

Simply put, Belrium is an identity management infrastructure, which can be used by a variety of market participants. Identity issuers like national IDs, governments, banks, insurance companies, utility providers, etc. are natural nodes for the Belrium blockchain. End users are consumers, who will hold their verification claims in Belrium Digilocker, and entities who want to verify these consumers.

“We went live with our Belrium main net in December 2018 and including few national governments, many entities are extensively working on Belrium Blockchain. We should be able to release the numbers of major nodes by end of 1st quarter of 2019,” anticipates Palavesh.

Belfrics has predominantly been funded by the shareholders. Belfrics took the Initial Coin Offering (ICO) route in 2017 for the Belirum Blockchain and raised $2.2 million with a promise of launching the private-public blockchain combination in 2018. Post accomplishing this, Belfrics will concentrate on establishing Belrium as the key infrastructure solutions for identity management.

The MoU with the Government of Andhra Pradesh

“Andhra Pradesh is one of the most forward-looking government that we have ever seen. They have a 360-degree approach to the blockchain adoption and provide all necessary support for startups like ours. We have signed MoU with Andhra government for Blockchain solutions to the state in 2018,” excitedly reveals Palavesh.

Belfrics is also in discussions with multiple state governments in India for Blockchain deployment. Karnataka, Kerala, Goa, Maharashtra and West Bengal are the states that is in the team’s purview.

“Having a regulated cryptocurrency exchange will give the government enough understanding of how the dynamics of the peer-to-peer mechanisms works. By not regulating the exchanges and not allowing the exchanges to function is not going to deter the use of cryptocurrencies in India. Cryptocurrencies, being a peer to peer decentralized solution, people will still find ways to trade and transact using cryptocurrencies. Hence it is very important to create an ecosystem where monitoring is effectively possible. The concept of ATMs will change with the advent of blockchain based currencies. In fact, ATMs will slowly and steadily give way to new means of peer-to-peer cash management systems,” voices Palavesh.

The adoption of Blockchain technology has been rather slow in India compared to other countries.

Palavesh believes that the adoption of Blockchain technology has been rather slow in India compared to other countries. There has been a lot of talk about technology but when it comes to adoption, the governments and enterprises are still far behind. The major reason for the slow pace is the lack of clarity on the status of cryptocurrencies, opines Palavesh.

He further says, “In order to effectively do experiments on the technology, public blockchain need to be used and in order to use the public blockchain, cryptocurrency has to be spent. The legality of this process is still in the grey area due to which financial institutions, banks and governments are restricted to experiment with permissioned and private and consortium blockchains. Due to the lack of clarity on usage of cryptocurrencies, the Indian entrepreneurs could not use ICO funding mechanism, which has given billions of dollars for entrepreneurs elsewhere. Governments like Andhra Pradesh are doing a lot to harness this technology but a national level policy is needed urgently to allow worry free usage of the technology.”

Belfrics is currently a 120-member team. Founder Praveen intends to double his team by 2019 with expanded regional presence and foray into 20 countries. “We will be having few national governments issuing their national IDs and land records on our Belrium blockchain. Universities across 5 continents will start issuing the educational certificates on Belrium blockchain. Belfrics Academy has already signed MoUs with many universities for Blockchain education and capacity building. We will continue to do so in 2019,” envisions Palavesh.

The company is certain to obtain exchange regulatory license in at least 10 countries by year 2019. Belfrics’ trading platform, BT-18, which is powering many exchanges as of now, is expected to propel 100 plus crypto exchanges by end of 2019. Belfrics is also launching a decentralized, inter-operable exchange by 2019, which will be powered by Belrium identification solution.

And the most important aspect to the company’s growth is its ability to raise capital, which Belfrics intends to raise in the 1st quarter of 2019. And when the funds are locked, VoicenData would communicate that to our Blockchain enthusiasts and readers.

MoneyOnMobile announced the number of MOM ATM units deployed in India has crossed the 10,000…