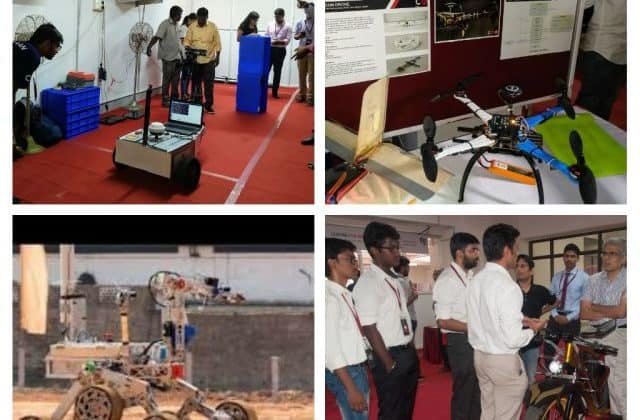 It was a showcase par excellence. A good mix of enthusiastic boys and girls were behind very simple machines to very complex machines that were thoughtfully innovated to solve real-world issues.

This showcase was at Indian Institute of Technology Madras. The students of the Centre for Innovation (CFI) of the prestigious institution displayed some of their cutting-edge innovations and technologies to the public on 2nd November 2019 during CFI Open House 2019.

The CFI Open House is an annual event showcasing the recent work and achievements of student innovators as well as providing an opportunity for their projects to be displayed on a large scale, leading to implementation and solving critical issues that demand innovative solutions. 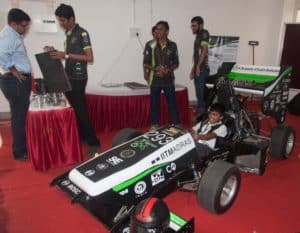 Exploiting next-generation technologies to make Rovers, Formula Cars, Drones and Hyperloops, the display intrigued and stunned the young and old visitors to the exhibition. Several competition teams and clubs that have won international acclaim not only displayed their products but also demonstrated them to the public.

A completely student-run platform, CFI was set up with a vision to encourage engineers to apply knowledge from their academic pursuits to innovate and propose solutions to real-world problems. Almost a decade since its inception, CFI is now home to ten clubs and four competition teams with over 600 students involved in activities over the year.

Highlighting the impact CFI Teams have had, Akash Anandan, Student Executive Head, CFI, IIT Madras, said, “Multiple innovations from the CFI community have been accepted and lauded by Government Agencies and private industries/businesses for having tremendous potential to improve lives.”

Further Akash Anandan added, “To name a few, the project ‘Eye in the Sky’ leverages autonomous drone usage to help relief and post-disaster surveillance, helping first responders. Another project in the field of computer Vision ‘Textile Quality Analysis’ involves estimating the quality of fabric/textile using images captured from the camera. Autonomous Driving in a Simulated Environment, Text to Braille Converter, Agricopter, Computer Vision for the Traffic Management, Powered Exoskeleton, and I.O.T. for Air Quality Measurement are among other highlights of this year.”

To strengthen the innovation ecosystem within the campus, CFI ensures that a pipeline of potential incubatees is created through a body called ‘Nirmaan,’ which seeks out students with ideas that have commercial potential and puts them through a one-year programme to refine the ideas, develop products, and formulate business plans.

Nirmaan is a program structured for students who come up with an idea and wish to create a start-up. It empowers teams with everything they need to convert their idea into an incubated startup, preparing projects to become a company by helping them in the startup process, design and prototype the product. It is a pre-incubator, where ideas mature towards incubation. 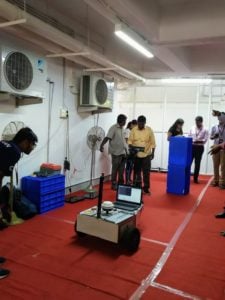 A few projects that caught Voice&Data’s interest demonstrated at the CFI Open House 2019:

It was known at the event that since its inception in 2016, Nirmaan has brought out many start-ups into the world market. This year three project teams from CFI- Agricopter, UAVs for Disaster Management and Dbyt Dynamics have been inducted into Nirmaan.

Highlighting the importance of CFI, Prof Bhaskar Ramamurthi, Director, IIT Madras, said, “Centre For Innovation (CFI) at IIT Madras has become the hub of self-actuated student innovation activities at the Institute. Right from the time freshers join the Institute, those with a desire to build and make are provided with the ambience and the mentoring by seniors to get their feet wet.”

Prof Bhaskar Ramamurthi added, “Many go on to build fantastic machines, algorithms and devices, and some of these efforts have morphed into startups. IIT Madras Teams participate in and win at many international cars, robotics, and other such competitions. The annual CFI Open House gives an opportunity for the community, particularly school children, to see the latest projects undertaken, and derive inspiration from them.”

Will the gifts of 5G come to India?

Wireless has given telecom and Internet to the whole of India. It is no longer…