Clocking 2.5 million downloads, domestic short video making App – Chingari– is now soaring new heights. Since the anti-China sentiment began, Indian users have been scouting for alternatives to Tiktok and many other Apps, including CamScanner.

With the official banning of the Chinese Apps coming into effect, Chingari, developed in the year 2018, is finding its own popularity among short video-making enthusiasts. Sumit Ghosh, the brain behind Chingari, is already predicted to become a billionaire by next month, as the video making app has witnessed a 100k-download per hour after the TikTok ban. 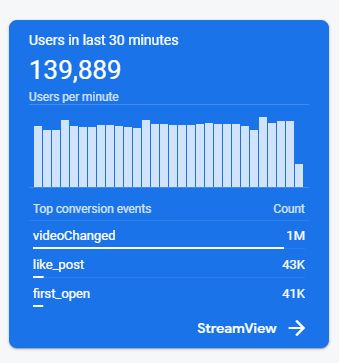 Apparently, Anand Mahindra, in his Twitter handle had expressed that he has never downloaded TikTok but preferred Chingari over the Chinese App.

The banned  59 Apps include:

On the basis of these and upon receiving of recent credible inputs that such Apps pose threat to sovereignty and integrity of India, the Government of India decided to disallow the usage of certain Apps, used in both mobile and non-mobile Internet-enabled devices.

This move, according to India, will safeguard the interests of crores of Indian mobile and internet users. This decision is a targeted move to ensure safety and sovereignty of Indian cyberspace, asserts the ministry.

The IT Ministry will ensure an effective ban on these apps by directing the Internet Service Providers (ISPs) to block the app servers on both cellular and broadband networks. Denying access to these apps to the internet servers of the ISPs will ensure that their usage is effectively stopped.

But the experts in the industry say that the government must also enforce the ban on the VPN service providers, whose tools can be used to access the apps even after they have been banned.

Google and Apple have also been respectively informed by the Ministry to stop providing the banned Apps on their App stores.

Meanwhile, Nikhil Gandhi, Head of India, TikTok, in a social media circulated statement has clarified that user privacy was always given the highest priority by the organization. 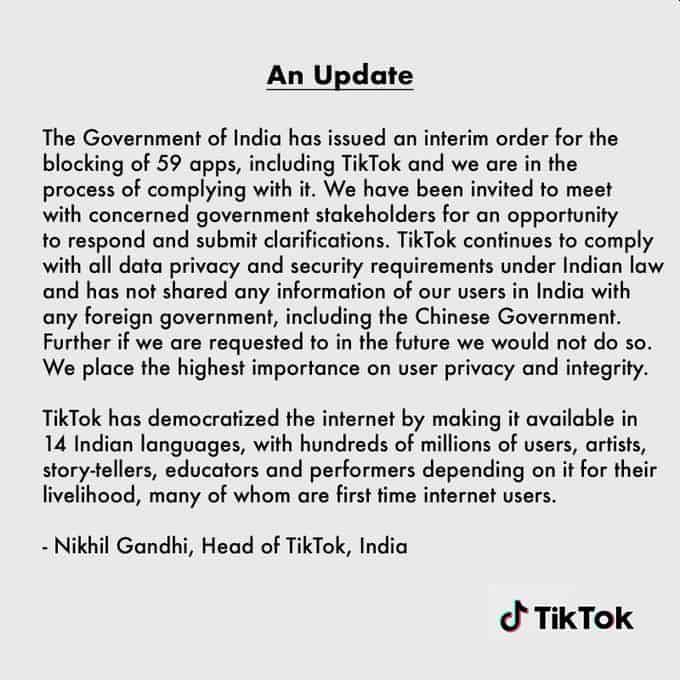 In the interest of sovereignty and integrity of India, defense of India, and security of…