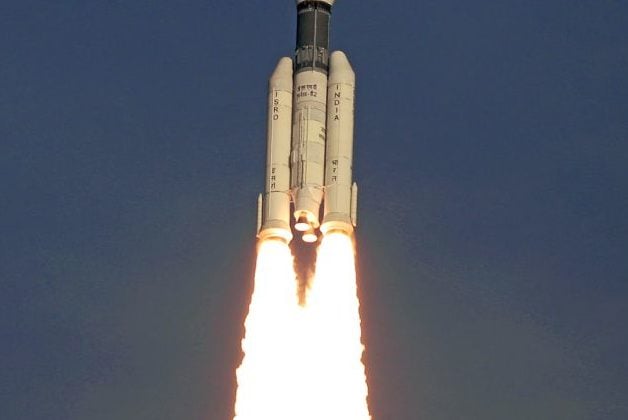 GSLV-Mk III which is a three-stage vehicle with two solid motor strap-ons, a liquid propellant core stage and a cryogenic stage, is capable of launching 4 ton class of satellite to Geosynchronous Transfer orbit (GTO).

GSAT-29 satellite with a lift-off mass of 3423 kg, is a multi-beam, multiband communication satellite of India, configured around the ISRO’s enhanced I-3K bus. This is the heaviest satellite launched from India.

GSAT-29 carries Ka/Ku-band high throughput communication transponders which will bridge the digital divide of users including those in Jammu & Kashmir and North Eastern regions of India. It also carries Q/V-band payload, configured for technology demonstration at higher frequency bands and Geo-stationary High Resolution Camera. carried onboard GSAT-29 spacecraft. An optical communication payload, for the first time, will be utilized for data transmission.

The Prime Minister, Shri Narendra Modi congratulated ISRO scientists on the successful launch of GSLV MK III-D2 carrying GSAT-29 satellite. He was pleased to note that this satellite can now provide communication and internet services to the remotest corners of our country.

India’s own GPS solution NavIC gets included by 3GPP; creates a big leap for IoT in India