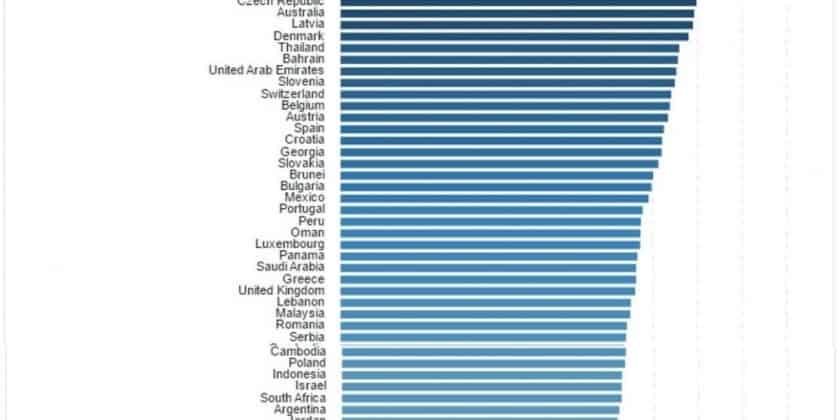 At more than 19 billion measurements from 558,260 smartphone and smart device users to compare 4G speed and availability during the period between January 01- March 31, 2017, the report reveals a deep analysis on LTE.

India’s global ranking in 4G availability leaps but download speeds lag, says the report. India Ranks 15th for 4G availability out of 75 countries surveyed and 5G may be the talk of town but in India 4G is where the action still is.

India has both reasons to cheer and improve. 71.6% in 4G availability for the third quarter of 2016 has jumped to 81.6% in the 1st quarter of 2017 quarter measured. A jump due to a very unique case of a single operator, Jio who launched a nationwide LTE network that attracted 100 million subscribers in its first 6 months.

Availability levels of other operators in Indian market still hovered around 60%. However, its download speeds averaged 5.1 Mbps in the new report, dropping more than a megabit per second in just six months. These download speeds are only marginally faster than the average global 3G download speed which is at 4.4 Mbps.

Unveiling the report, Brendan Gill, Co-Founder & CEO, OpenSignal, said, “The mobile industry may now be turning its attention to 5G, but as OpenSignal’s latest analysis of global LTE performance shows there is still plenty of activity surrounding 4G. As new LTE networks come online and old networks gain new life through LTE-Advanced upgrades, 4G signals are making their way into new niches across the globe and operators are pushing the boundaries of 4G speeds.” “As our report illustrates, India is one of the most dynamic and fast changing mobile markets. The government and other stakeholders must continue to seize the immense opportunity and climb the global rankings across all parameters, to ensure high quality and consistent mobile experience for its 1 billion plus mobile users,” he further added.