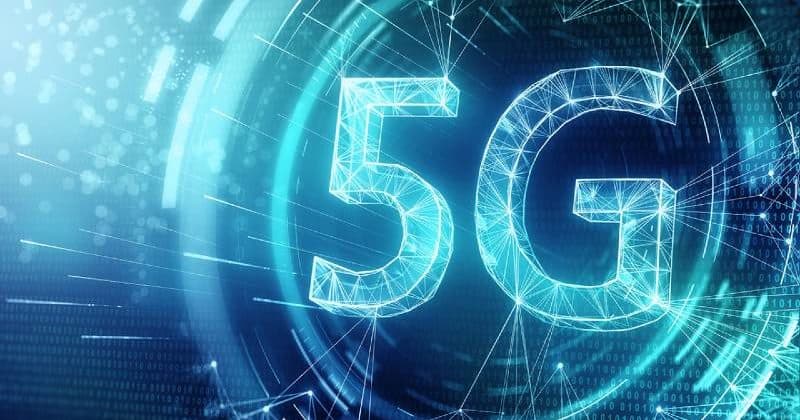 In a nail-biting, dramatic finish, President-elect Joe Biden took the lead in the US elections defeating the tough incumbent President Donald Trump. US Vice President-elect Kamala Harris will join Joe Biden’s office in January 2021 to lead the country. The duo, apparently, are set with able power-packed team members, who when assumed office, are going to bring several reforms and changes to the Trump’s administration.

While the newly elected President and his administrative team are going to be global influencers leading one of the world’s most powerful and developed economies, the question is how is their leadership going to influence India and more importantly on our ICT sector?

Before we even look at India, we need to first understand how Biden’s presidency is going to influence the United States’ digital economy. As said in Newton’s third law of motion, decisions taken by Biden’s administration with relation to technology and policies are going to have a direct impact on India too.

Brookings Institution in its new book – Turning Point – predicts that the Biden-Harris administration is likely to move towards greater regulation of the country’s technology sector. The duo is expected to take stronger actions on competition policy, antitrust enforcement, privacy policy, cybersecurity, and Section 230 reforms.

The book indicates that the elected Democrats are likely to propose stronger policy enforcement on labor issues and extend greater support for small and medium-sized tech firms, with the goal of improving upon the consumer welfare standard and maintaining greater competition in the marketplace.

With certainty, the US technology sector expects higher investment in building the USA’s digital infrastructure. Another area of synergy on the Biden-Harris ticket will be in addressing the lack of diverse workforces in the technology industry and the biases that appear in AI-based systems.

More importantly, Biden could take swift action on digital inequality in the country. It is also anticipated that the new leadership at the Federal Communications Commission will advance the Biden-Harris agenda on building the digital infrastructure.

“As a prosecutor, Senator Harris will most likely promote algorithmic accountability and transparency, especially in areas like criminal justice, employment, housing, health care, and education. A Biden-Harris administration will lend support to tougher anti-bias rules for the digital economy and stronger enforcement against internet platforms that fail to comply with civil rights and other data privacy protections. In their efforts to address their past and current positions on criminal justice and policing, both Biden and Harris are more likely to support stronger guardrails on the use of facial recognition and other surveillance technologies, particularly among law enforcement and border security officials,” reads an extract from the book’s press note.

And prepping for the day to assume office, Biden, on Nov 11th, named few members of this staff with big tech executives to help manage the transfer from Donald Trump’s administration to his administration.

Although names from Facebook, Google, and Apple were notably absent, the list featured many senior people from the tech industry, including executives from Amazon, Uber, LinkedIn, Lyft, Airbnb, Dropbox, and Stripe.

Biden and Kamala Harris released a list of names for their “Agency Review Teams”, which will go into each government agency and plan a smooth handover of power from President Donald Trump’s administration to the Biden administration.

As policy decisions by Biden and Harris come into effect in the United States, a ripple effect is expected to be felt in India.

U.S. President-elect Joe Biden believes the India-U.S. partnership is the defining relationship of the 21st century, and he plans to strengthen ties between the two countries. Biden who has a track record of advocating a stronger India-U.S. relationship, also believes that there is a lot of scope in bilateral trade.

Biden has been a strong supporter of India and India-US partnership as a Senator between 1973 and 2008 and later as Vice President 2009-2016 in the Barack Obama administration.

While expressing his congratulatory message to Biden, Prime Minister Narendra Modi said he was looking forward to work together once again to take India-US relations to greater heights.

Congratulations @JoeBiden on your spectacular victory! As the VP, your contribution to strengthening Indo-US relations was critical and invaluable. I look forward to working closely together once again to take India-US relations to greater heights. pic.twitter.com/yAOCEcs9bN

The US is India’s largest trading partner, with a combined value of trade in goods and services at $149 billion in 2019. As of 2019, US direct investments in India were estimated at about $45.9 billion, whereas Indian foreign direct investment in the US was estimated at $16.7 billion (Source: Bloomberg).

Media reports indicate that Biden had set a goal of taking the bilateral trade to $500 billion when he had travelled to India earlier. Notably, the current trade between the two nations is a little over $150 billion.

Well, India remembers that the strategic and defense ties between India and the US witnessed major expansion during Barack Obama’s Presidency and Biden had played a key role in it.

“We’ll open markets and grow the middle class in both the United States and India, and confront other international challenges together, like climate change, global health, transnational terrorism, and nuclear proliferation,” Biden had said while he was in India.

The two countries elevated the ties to a Comprehensive Global Strategic Partnership in February 2020. And, India’s economic engagement with the United States has been growing at a steady pace. Not to forget, the US is one of India’s top foreign direct investment (FDI) contributors.

India is making it easier to do business in the country. The ‘Ease of Doing Business’ reforms in India has given an exciting ground for US investors, and there are key sectors where business and trade could flourish, such as in automotive, electronic systems, information technology, business process management, and outsourcing, chemicals, food processing, energy, pharmaceuticals, and healthcare, etc.

India Briefing.com has reported that the central government, followed by respective Indian states, have introduced consecutive reforms to simplify setting up in the country, acquiring land in special economic zones, streamlining labor laws, and lowering compliance thresholds. US investors are now expected to pay attention to these newly emerging opportunities and choose their investment locations wisely.

So, there could be many more American bigwigs like Google, Microsoft Corp, Apple, Ford Motor Company, ExxonMobil, General Electric, PepsiCo, JP Morgan, Johnson & Johnson, and Citigroup etc., from the US investing in India with the Biden-Harris team leading them to make inroads into India’s tech sector.

Early September 2020, India, Israel, and the United States initiated a collaboration in developmental area, and in the next generation of emerging technologies, including a transparent, open, reliable and secure 5G communication network. The three nations want to deliver the promise of 5G in a way that is open, interoperable, reliable, and secure. India believes that partnering with the US gives the country an added and accelerated edge to take the spectrum to trials.

Donald Trump while at the peak of his power created an anti-China sentiment globally. A country that had the majority of its electronics and telecom gear supplies from China had to look for alternate countries to meet the supply chain demands. So, in this instance, top US telecom operators were notably turning to India to source low-cost mobile phones. As the US stepped up its national-security scrutiny of Chinese companies, India became the natural alternative to procure handsets from makers such as Micromax and Lava.

Business Insider, which gathered data from anonymous sources, reported that Verizon, T-Mobile, AT&T and Cricket Wireless (a sub-brand of AT&T) have initiated talks with Indian smartphone makers, including Micromax and Lava, to procure unbranded handsets that will be bundled with data subscription contracts in the US.

Under the Biden-Harris leadership, the Indo-US economic ties would go from strength to strength, getting deeper into areas of advanced scientific research and development, business to business cooperation in strategic areas.

As the world enters the next generation of network readiness, India and the US will have many collaboration opportunities for 5G infrastructure. We are excited to see the new leadership drive large scale broadband with a focus on fibre, for bridging the digital divide. In the context of 5G, we look forward to some trend-setting policy and technology initiatives upholding the highest standards of security, privacy and equal access.”

Indian telcos’ recent strategic partnerships with US companies reveal a fast-evolving and positive telecommunications business relationship. We firmly believe an improved Indo-US collaboration through the new government’s support can accelerate the joint R&D, development and commercialization of the technology in the entire 5G ecosystem.

Telecom business is now more of internet business than “connection pipe” and the US internet companies should be collaborating with Indian Telco’s to leverage the “Great Indian Online Market”. New government could bring more collaboration and investments between the US businesses and India telecom industry.

Few months back there was an announcement that US, India and Israel started collaborating on developing 5G networks. I believe that the new US president will strengthen the collaboration and let the US telecom technology and US telecom businesses to leverage the big Indian market.

The US-India trade relations in the telecommunications sector may not see a drastic turnaround with the proposed Biden Administration. However, there is a likeliness of more impetus on the services business which has always been the focus with the US in this sector. With the changes proposed as part of the New Telecom Policy being slowly rolled out in India, there could be more investments in technology-based telecommunication services, including Artificial Intelligence. Core telecom services such as 5G services, however, will completely be dependent on the Indian Government’s approach as regards to the spectrum auction, likely to happen next year. Further, similar to Google’s recent investment into Jio along with the support of Qualcomm, we could see more collaborative opportunities and investments in this sector, towards developing an infrastructure to support the 5G rollout.

The US government has clearly called out 5G as an essential platform for innovation and is very supportive of investment and collaboration in this space. President-elect Joe Biden’s commitment to Science and Technology and an ever-improving relationship with India are great lead indicators for good times ahead, as new technologies such as 5G, Artificial Intelligence/Machine Learning (AI/ML), and Cybersecurity continue to power economic growth in the post-COVID-19 era.