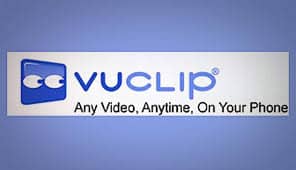 NEW DELHI: Vuclip, California-headquartered mobile video on demand (VOD) company, has released its Global Video Insights Report for the year 2015, comparing developing markets such as India with developed markets in terms of video consumption behavior of users. The insights are a result of a comprehensive online survey of 4600 users across six developing markets (India, Malaysia, Thailand, Indonesia, UAE and Philippines) and four developed markets (USA, UK, Singapore and Australia).

Commenting on the release of the report, Arun Prakash, COO, Vuclip said, “With more than eight years of video consumption data, we at Vuclip have always used consumer insights such as these to convert data into viewer delight. It is real time data backed insights that help us to know what our audience wants and enables us to be able to effectively exceed consumer expectations whether it be with content, service features or user experience. 2016 will see Vuclip introduce an exciting and innovative way India can consume entertainment.”

Airtel, Lionsgate and Starzplay have joined hands to bring premium content from Lionsgate Play to…

POPxo needs no introduction! The company led by Priyanka Gill was early to spot an…