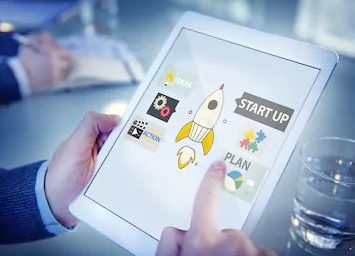 UNICEF Innovation has been making investments in open-source startups through its Venture Fund for over four years now. The organization has been working with the goal of supporting the creation of digital public goods that can make the world a better place.

UNICEF says that it is constantly exploring innovative methods to support founders, including the launching of a cryptocurrency denominated fund in October 2019.

On June 16th, UNICEF announced that the organization has made eight more investments through its CryptoFund, and that applications are open for blockchain companies to apply for USD and crypto funding through its Venture Fund.

With this new round of funding for eight startups, UNICEF wants to increase its investment amount and widening the type of companies it is investing in.

“This is all in effort to continue to learn about digital currencies and how UNICEF can be more transparent and efficient in its processes. At the same time, we’re happy to announce that for the first time, our Venture Fund and CryptoFund will be offering a combined opportunity to apply for blended USD and crypto funding,” reads the press statement by UNICEF.

The CryptoFund is part of UNICEF’s efforts to explore what it means to operate in a digitally financed world.  UNICEF has several projects that are supporting the organization with understanding where blockchain and cryptocurrency can support redistributing resources, make the organization more efficient and transparent, and encourage the creation of digital public goods.

Specifically for the CryptoFund, UNICEF is building a set of tools to make it easier for the public to track investments made, and also internal tools to make it more efficient with its processes.

While, investing in Public Goods, UNICEF believes that frontier technologies can help serve those most in need. “As we deal with a global pandemic, we decided to make new investments across emerging markets on solutions that are adapting for the new realities of operating during COVID-19,: indicates the statement.

Eight startups, who had previously received fiat funding from the UNICEF Venture Fund, are receiving 125 ETH of crypto funding each. These startups are working on a variety of open-source solutions, using emerging technology such as data science (machine learning and artificial intelligence), augmented reality and virtual reality, and blockchain. They will be building new components for their platforms or piloting with new groups.

From India, StaTwig and Avyantra are the two startup companies receiving UNICEF’s Cryptofund.

StaTwig has developed a blockchain-based supply-chain tracking platform and has partnered with the Indian government to track the delivery of rice from the government in low-income areas.

In his LinkedIn post, Sid Chakravarthy, Founder and CEO of StaTwig, said that the funds will be utilized in the development of a solution for Public Distribution System (PDS) in Telangana. This project, which is also sponsored by Emerging Technologies Wing, Govt. of Telangana, uses blockchain technology to ensure the quality and safety of rice. The rice procured by the government under this program is distributed to 28.3 million beneficiaries of the state.

The second company is Avyantra Health Technologies – a startup in the medtech & digital healthcare space. The startup leverages data science, to help frontline health workers in the early diagnosis of neonatal sepsis.

OPPO signs MoU with Govt. of Telangana to support and develop the start-up ecosystem in India

HYDERABAD: The Government of Telangana has signed a Memorandum of Understanding (MOU) with Microsoft Corporation…