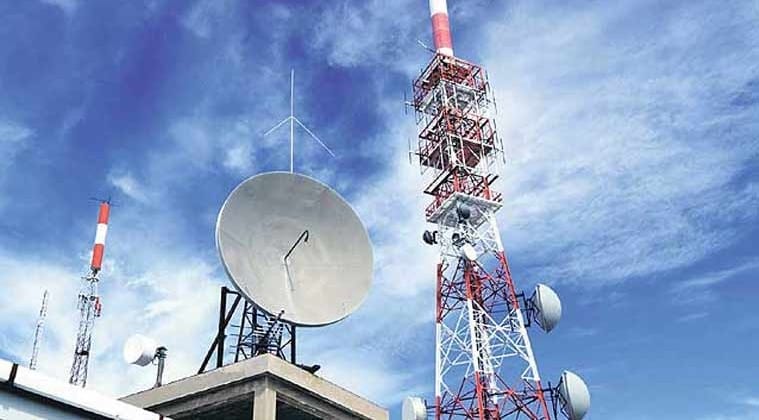 NEW DELHI: Due to the expansion of 3G and onset of 4G technologies, telecom tower industry’s tenancy ratios will increase to 2.9 times by March 2020 from 1.95 times as of March 2015, according to an ASSOCHAM-KPMG joint study.

Tenancy ratio refers to the number of tenants (operators) who have put up their antennae and other active infrastructure on the towers. Increase in tenancy ratios has been the key growth driver for tower companies in India, reveals the ASSOCHAM-KPMG joint study.

Growth in telecom sector has helped India emerge as a trendsetter in the tower infrastructure segment. Around 70 per cent of India’s 4,00,000 towers are owned and operated by the tower companies. Advent of new technologies, such as 4G by Telecom Service Providers (TSPs), along with expansion in the rural areas are expected to be key drivers for the telecom infrastructure industry over the next five years.

Rapid growth in the sector has also prompted tower companies to invest heavily in capex. The aggregate capex spend increased from Rs 8,000 crore in 2013-14 to Rs 10,200 crore in 2014-15. Net tower additions were also significantly higher at about 6,300 in 2014-15 vis-à-vis 3,200 in 2013-14. One of the key emerging trends in the last few years is emergence of towers running on green energy. In line with the trend, 15 per cent of the total capex spends were incurred by towers running on green energy, noted the study.

“India has been the most preferred destination for investment in the tower sector in the Asia. Since 2008, seven out of the top 20 deals in Asia in tower sector have originated in India. More than 84,000 towers have exchanged hands in India since 2008 (which represent 84 per cent of the total towers sold in top 20 deals in whole of Asia during the period). Deals amounting to Rs 40,367 crore have been finalized during this period”, said Mr. Sunil Kanoria President ASSOCHAM while releasing the study.

Telecom tower companies are currently facing multiple fees and levies, in the form of installation fee, annual renewal fee, sharing fees etc. The applicable fee structures vary across states and local bodies. In addition to this, deposits and bank guarantees are also required for tower installation in some geographies. Multiple fees being levied contribute towards higher costs of services for the telecom service providers, and in turn, to the subscribers.

The DoT guidelines for tower installation stipulate only a one-time fee which the states may levy to recover administrative costs for issuing the permission. These guidelines should be uniformly implemented across states to ease the financial burden on the industry.

Continuous power supply to tower companies is critical in order to ensure smooth connectivity with reduced outages. Further, absence of electricity supply also leads to increased diesel consumption, which in turn increases the operating costs as well as carbon emissions.

Telecom tower companies continue to face challenges with respect to obtaining electricity connections, especially in rural and remote areas. Further, in many cases, grid supply is unable to meet the power requirements of the sites.

While the government has recognised telecom towers as an infrastructure industry, it is imperative to provide electricity connections on priority and on preferential tariffs, in order to ensure that the industry achieves its potential.

Tax holiday under Section 80IA should be extended to tower companies to provide impetus for development and growth of telecom infrastructure in the country.

One of the critical and contentious issue is the refusal of CENVAT credit on goods used for mobile towers and its parts used for providing telecommunication service. CENVAT credit has been denied on the grounds that the goods under consideration neither qualify as ‘capital goods’ nor ‘inputs’ under the credit provisions. Accordingly, due to the factor of immovability in goods, there is ambiguity with respect to availing such credit.

In view of the above, it is recommended that eligibility of CENVAT credit on towers to telecom service providers should be clarified.

Telecom service providers together grossed Rs 177,500 crore revenue in 2014-2015, which is up from Rs 146,700 Crore in 2012-13. India is the second largest mobile market with over a billion subscribers at the end of Feb 2016, with 608.4 million urban subscribers and 443.5 million rural subscribers. There is a huge potential to grow in the rural sector where tele-density is still quite low at 50.76 as compared to urban tele-density at 153.93.03. While the mobile subscriber base is still growing by under one per cent on a monthly basis, the number of landlines is gradually decreasing. Overall telecom density increased to 82.9 per cent by the end of Feb‘16.

Moreover, the Government of India has recently drawn a road map to develop 100 smart cities in the country to which the telecom service providers are set to form the backbone and will be vital to their sustainability.

Indian telecom sector has undergone significant transformation over the last two decades to become the second largest telecommunication market in the world. The sector is strategically important to the country since it contributes approximately 6.1 per cent to Indian GDP, provides nearly 4.2 million job opportunities and is among the highest contributors to FDI in India.