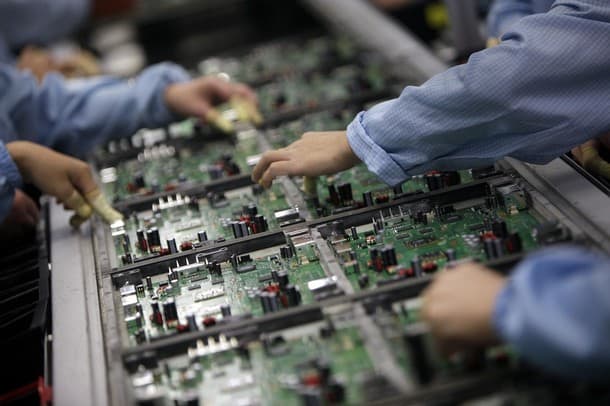 The India Cellular & Electronics Association (ICEA) has today released a report that the 2019-20 target of Rs. 50,000 Cr for Component manufacturing in India under the Mobile Phased Manufacturing Program has already been achieved and will cross INR 70,000 crores in FY 2018-19. 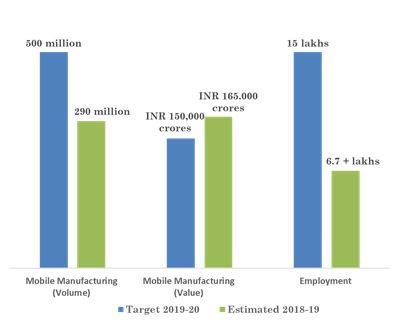 The Mobile PMP had set targets for 2020. The number of phones to be manufactured was set at 500 million out of which approximately 290 million + phones have been manufactured. The minimum value to be achieved was INR 150,000 crores. INR 165,000 crores approx. of the set value has already been achieved. The critical target of generating employment of 15 lakh new jobs, 6.7 lakhs + approx. people have been employed since the inception of the PMP.

“The component manufacturing target of Rs 50,000 Cr which was to be achieved by March 2020 has already been achieved. We have crossed the same in spite of lack of progress in some of the 2017 PMP components and that 2019 components have not yet been notified. In fact, the component manufacturing in Financial Year 2018-19 is expected to cross Rs 70,000 Crs. Therefore, what we had set out to do has been achieved at a macro level,” said Pankaj Mohindroo, Chairman of India Cellular & Electronics Association.”

Mohindroo further stated, “It is a matter of great satisfaction that the vertical of PCBA itself will see manufacturing value of over INR 50,000 crores. We are also extremely happy to report the progress of charger manufacturing where India has also started exporting. These achievements will ensure India’s viability to build a robust electronic manufacturing hub. The industry has already achieved 140% value addition of the set target as per the PMP. We should now focus on establishing – Die-Cut parts, Mechanics, Camera Module and Connectors which have not taken off as desired rather than jumping ahead and adding more components.”

Posted by: VoicenData Bureau
View more posts
Tags:component, ICEA, manufacturing, Mobile, PCBs, Telecom
India achieves the 2019-20 target for component manufacturing in the current financial year itself 0 out of 5 based on 0 ratings. 0 user reviews.
Globally the third to offer a B.Tech. in Artificial Intelligence, IIT Hyderabad launches course for 2018-19
BSNL launches a New Broadband Plan at Rs. 549: A Yay or a Nay?