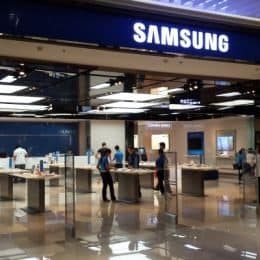 No comments
In a press note issued by the India Cellular & Electronics Association (ICEA) it was known that the association body has welcomed the Government’s decision to usher inappropriate reforms to the existing Single Brand Retail Trade (SBRT) paving the way for the establishment of iconic brands by global brands such as Apple, One Plus, Oppo, Vivo etc.
“SBRT reforms will have a long-lasting impact in boosting market hygiene, enhancing customer satisfaction and most importantly raising mobile handset retail to international standards. Iconic stores of global standards have a symbolic value for the nation too,” opined Pankaj Mohindroo, ICEA.
The mobile handset industry in India specially the smartphone segment is expected to witness a surge in turnover during the next 4-5 years with the domestic market demand expected to surge from the current US$25 Billion to US$80 Billion by 2025 as per National Policy on Electronics (NPE), 2019. Coupled with the device’s unparalleled capability to significantly enhance various facets of a user’s life as a major contributing factor in sync with the “Digital India” mission of GOI this makes it critical for iconic stores to be set up to deliver a retailing environment parallel to the best in the world.
At the same ICEA has reiterated that the association does not support FDI in multi-brand retail trading because of India’s socio-economic structure. The opinion in the release said, “However, SBRT is greatly welcomed. SBRT reforms as announced by the Government will usher in significant growth of handset demand and better customer experience amongst other important reasons.”
“This has been a proven fact globally that SBRT stores are primarily meant as a brand-building exercise for major brands to accentuate product quality and endurance and this in no way affects the brick and mortar stores or the existing retail business. Empirically, studies have shown that the existence of SBRT stores enhances customer experience and satisfaction and they, in turn, catalyze the growth of product demand,” Mohindroo added.

The SAP Concur solutions; HDFC Bank; and Mastercard, announced a strategic partnership that will enable…