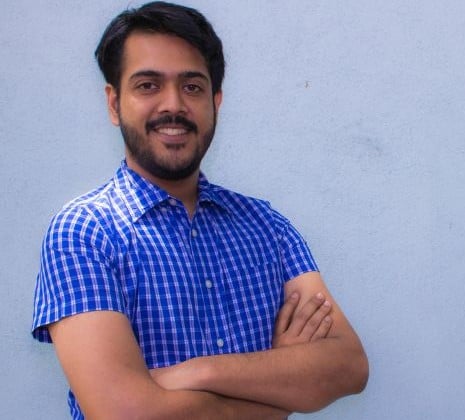 The dawn of Internet of Medical Things has reached the doctor’s most faithful and ubiquitous tool – the stethoscope. Somewhere in 2015, a digital stethoscope came to light, when the US Food and Drug Administration (FDA) approved one that can reproduce sounds from that acoustic device on to a smartphone app thousands of miles away or send them directly to an electronic medical record. The sounds it transmits from the heart, lungs, blood vessels and bowels have today been digitized, amplified, filtered and recorded on a smartphone. Algorithms already exist that can analyze the clues picked up by this digital stethoscope and offer an accurate diagnosis. And, the birth of this digital stethoscope was pinned as the evolution of telemedicine.

India, being at the forefront of innovative startup companies, cannot be far from behind on tapping the possibility of inventing a digital stethoscope. And, MUSEinc, Bengaluru-based medical device startup founded in 2014, working on open source technologies to improve effective diagnostics at an affordable cost, has developed Taal – the digital stethoscope.

Taal is a low-cost, functional digital stethoscope, that improves the quality of a doctor’s diagnosis, and reduces the time needed to measure cardiovascular parameters among many other possible applications.

While chatting with Dr Arvind Badrinarayanan, a lot is revealed about the making of the digital steth. Commenting on how it all began, he says, “Muse began out of experiments that I conducted, trying to create various types of digital stethoscopes that would block out the ambient noises of animals. Initially, I created these in the final year of veterinary college and through my practice I realised that there were few commercial options available for any professionals.”

He continued saying, “As I looked into various diagnostic products that had yet to become affordable and available to healthcare workers in India, I met my co-founder at a recording studio in Bengaluru. An accomplished hip-hop artist, he also turned out to be a former technology scientist at C-CAMP, the biotech start-up incubator within the National Center for Biological Sciences (NCBS). Until then, I had been putting my own money, time and effort with some assistance toward developing an affordable digital stethoscope. Soon, the two of us teamed, hired more enthusiasts, incorporated with investment from friends and family and laid out our vision for the future of medical devices. We soon realized that the product with the most potential in our pipeline was our digital stethoscope and through a crowdfunding campaign and a round of investment we raised the capital to finalize our product and to produce 120 gold-standard pieces for testing.”

If you are pondering on why automate the stethoscope, Dr Arvind Badrinarayanan has crossed the barriers to prove that the acoustic stethoscope is an outdated symbol of the medical profession. According to Dr Badrinarayanan, it is the last primary tool of the medical industry that is yet to be ubiquitously digitized. Its fellow tools, the thermometer and sphygmomanometer have more or less been replaced by their digital counterparts in the last two decades.

Significantly, acoustic stethoscopes have only mechanical filtering and no amplification ability. Faint sounds can only be heard through practice and experience. They cannot record sounds without an attachment and training in their use in education is difficult, crippling the skill of auscultation amongst healthcare professionals. A digital stethoscope opens up the world of body sounds to quantifiable values and visible, decipherable graphs. An acoustic stethoscope condemns its listeners to ear pain, poor volume, high noise level and a lack of options.

Now, MUSE’s Taal is an affordable digital stethoscope that is designed to mechanically and electronically filter body sounds and give users control over volume and further filtering to hear heart sounds. A screen displays the heart rate and the battery capacity. An audio jack can be used to directly plug in headphones/earphones, smartphones or both concurrently with a splitter.

All about automating body sounds

The Taal mobile application enables users to record, analyze and securely share body sounds with other healthcare professionals. It can be used for telemedicine through a secured sharing and integration application with various other platforms. The mobile app provides information to improve learning outcomes in healthcare education.

Offering more explanation to its uses, Dr Badrinarayanan says, “Taal has spent over two years as a prototype, as successive iterations both reduced its cost and increased its efficacy. Its design changed dramatically to allow its case and PCB to be compatible for high quality mass manufacturing. By December 2016, we were ready to develop Taal into its final product for beta testing. The feedback from medical professionals has been taken as the primary direction to its development as a market-ready product. This includes, a) instant-on: the device should be ready to function the instant it is picked up for use; b) simplicity of function: fewer than three buttons are present; c) ease of connectivity: a direct cable connection is required, which is more cumbersome but also more straightforward and consistent compared to a wireless connection d) Automated heart rate count to minimize human error.”

Taal is promoted primarily as a device for use in two major verticals of healthcare – education and telemedicine. “Taal’s outcome is primarily due to the enthusiastic response from clinical faculty who teach auscultation as well as the response from both telemedicine platforms and rural healthcare NGOs. I am proud to admit that there are no equivalent or affordable devices in the market for either vertical. Educators are unable to communicate to their students in real-time the nature of the body sounds heard through traditional devices. As a result, they are also unable to test or help students practice their auscultation skills. Telemedicine platforms and rural healthcare NGOs are unable to send recorded body sounds to specialists in cities and abroad for consultation and referral. Thus, Taal scores high on negating all these pain points of a normal steth,”

Taal, so far, has raised $5,000 through pre-sales on the crowdfunding platform Indiegogo. Muse was bootstrapped till May 2017. Three new investors, including a Veterinarian from the US, a blockchain expert from Bengaluru and others invested nearly Rs 23 Lakh to help Muse bring Taal to product and scale to complete beta testing.

Muse also has an agreement with Aarogya Seva (a healthcare NGO) for sales and distribution of Taal to their clinics and network.

Now, Dr Badrinarayanan intends to begin local sales in Bengaluru and slowly expand to other south Indian metros in 6 months. This year, Taal will also be embedded with various rural healthcare programs from telemedicine platforms to healthcare camps. The focus will be on selling the device to medical and para medical colleges and progress on to individual sales to doctors by end 2017. And in one-years’ time sales expansion at a pan-India level has been planned.

“While we are yet to commence sales, foreign markets including South Korea, Japan, Australia, the EU, Singapore and North America have already been canvassed and we have some strategic tie ups with medical distributors in these regions,” reveals the doctor.

“Taal and its predecessors were developed in a makerspace in rural Bengaluru run by the NGO – Project Design Education For Yourself (DEFY). When initial versions were developed, students of the makerspace (residents of the villages around Kaggalipura on Kanakpura Road, Bengaluru) watched and learned about the heart’s physiology, cardiovascular healthcare, the mechanics of stethoscope function and also our innovations in electronic stethoscope design. We foresee a huge potential in generating rural employment, providing rural-accessible product maintenance and basic healthcare education. Taal has the potential to begin to demystify and impact the distrust of modern medicine to rural populations,” says Dr Badrinarayanan.

Muse has several products in its pipeline, some that are already in prototype stage of development. Dr Badrinarayanan and his team are currently looking to raise their first seed round of over half-a-million dollars to produce their first commercial release of Taal. Filling up positions in sales and QA/QC will be on top priority. In two years’ time, future versions of Taal has been planned for release. It includes AdiTaal and other products in the diagnostic space.

“We will also gauge the market readiness of our other products in the diagnostic space before deciding whether or when they will be released. We have employees and contributors with a wide range of experience across software and hardware engineering, medicine and biotechnology and hope to leverage this in our future,” hopes Dr Badrinarayanan.

Astra, GOJEK in JV; Astra invests an additional US$ 100 million to scale business