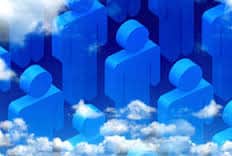 By empowering eCommerce players to effectively manage peak and trough periods, cloud can help online retailers address some of their key pain points

For its bumper sale ‘Big Billion Day’ in October, eCommerce giant Flipkart had done extensive preparations. The retailer had moved nearly 50 tonnes of copper across the country for cabling, and additional 50 km of fibre-optic cable was laid, according to newspaper reports.

Despite all the preparations, online shopping giant’s site crumbled on the big day. The reason: The volume of traffic was much higher than expected. As per the company’s blog, the site witnessed unprecedented 1.5 mn people on a single day, leading to website crash.

Flipkart is not the only eCommerce firm, several major players in the space have experienced downtime on big traffic days. Although seasonal traffic spikes are common for eCommerce sites, with most of them getting a large proportion of their business during holiday seasons or major festivals, it is during the periods of huge online promotions and sales that the website receives unpredictable demand spikes.

Agrees Mandar Behere, Vice President-Product and Technology, Giftease, “While seasonal spikes are predictable (eg, Valentine’s Day, Great Online Shopping Festival, etc), what we worry most about are the occasional spikes we are unaware of. For example, all eCommerce players saw a huge increase in trafficwhen Flipkart held their Big Billion Day. Seasonal traffic can be handled using a variety of techniques which essentially include forecasting the traffic, benchmarking your hardware, and planning the required hardware capacity based on that. However, this is not possible for an occasional spike.”

While most eCommerce websites conduct tests to gauge their preparedness for surges in traffic, they are not exactly accurate due to their inability to capture unexpected volumes.

Supam Maheshwari, CEO & Founder, FirstCry.com, puts its very aptly, when he says, “eCommerce in India is like a giant snowball rolling downhill. It gathers heavy momentum by attracting high value customers (mass) and who do frenzied buying. The driver for this frenzy is a heady cocktail of high quality products, deep discounts aided by a generous marketing spend. Established models do help to estimate traffic using conversion funnels and wild estimates put the traffic to 10 to 20x of average day during campaigns. The value seeking customers, however, can surprise the biggest pundits by spiking the traffic to say 100x.”

Resonating the same thought, Behere says, “No matter how prepared you are, you would land up in a situation where your deployed capacity is running at 100% utilization and you are not in a position to cater to more traffic. Or your database becomes the bottleneck and it is not easy to enhance database capacity on the fly, unless one is already running a distributed database system.”
F
In this extremely competitive marketplace, an unplanned outage means a lost revenue opportunity for retailers. Plus, if the retailers cannot cope with spikes in traffic, they don’t just lose business, they lose credibility. Given this scenario, scaling with traffic spikes is a must factor for all eCommerce sites. That said, this puts eCommerce players in a tight spot. While scaling up the infrastructure and deploying a huge number of servers is not practical as a number of servers would be underutilized during offseason, not scaling is also not a wise idea as it can result in huge lossesdue to missed sales on account of an outage. “Capacity planning is a complex activity, as under-provisioning can lead to loss in business, while over-provisioning can be expensive leading to unutilized resources in non-peak periods. Additionally, in a dynamic environment, hardware resources cannot be scaled up or modified dynamically. For example, it is extremely difficult to predict how many servers, CPU power, RAM or storage will be required in the near future,” emphasizes Piyush Somani, MD & CEO, ESDS.

How Cloud can Help
Cloud computing can help online retailers address these integral challenges. Cloud empowers eCommerce players to effectively manage peak and trough periods by enabling them to spin up and decrease servers virtually on cloud as per the demand.

“The only option to handle traffic spikes is to make the architecture horizontally scalable. On-demandavailability of servers of required configuration is the key for horizontal scalability and cloud is the only way one can achieve it,” states Behere of Giftease.

He further adds, “If you are prepared for scaling up horizontally, you could fire up as many servers as you want within a matter of few minutes, thus catering to increased traffic even at a short notice.” Auto scaling on the cloud allows eCommerce firms to scale resources in accordance with the load on server.

This not only ensures highest utilization of resources, but eventually leads to lower TCO. “Auto scaling in the cloud can help eCommerce firms achieve the fine balance between provisioning too little (leading to possible outages) and provisioning too much (under-utilization of resources and risk of wasting money). The cloud makes it possible for eCommerce players to scale up the infrastructure according to the volume of traffic. This flexibility can help eCommerce firms cut down infrastructure costs and improve site availability by a huge margin, leading to better customer satisfaction, which in turn can lead to better revenues and profits,” says Somani.

Take the example of how cloud has brought in unprecedented agility to the business of FirstCry. As the retailer has adopted a hybrid model of IT infrastructure, it is able to negotiate the peaks and valleys in the most efficient manner. While the dedicated hosting keeps its recurring costs low, the auto scaling model on cloud lets it profit from the peaks. Also, the physical servers that used to take weeks to acquire and days to configure, can now be cranked up in a few minutes on cloud. “The speed at which our business can deploy servers has zoomed up 60x. Server deployment on cloud happens in three minutes as against three hours on physical hosting,” reveals Maheshwari of FirstCry.com.

Maheshwari further adds, “The beauty of cloud services lies in horizontal scalability. As we see spikes in our customer actions we are able to quickly deploy pre-configured stack instances (combination of operating system, server clock speed, RAM, and hard disk space). Our systems are

Posted by: VoicenData Bureau
View more posts
Tags:Cloud, e-Commerce
How is cloud enabling eCommerce cos to handle traffic spikes? 0 out of 5 based on 0 ratings. 0 user reviews.
New recharge facility at mRUPEE outlets for metro commuters
APJ Abdul Kalam’s vision for India: A must read for all Indians

Innoviti Payment Solutions announced that after successful pilots, it will now start extending its newly…

With cloud, technology is a renewal business, not a one-time sell: Pradeep Agarwal, Oracle

Rapid, unpredictable change is forcing telecom operators to rethink traditional operating models. There is a…