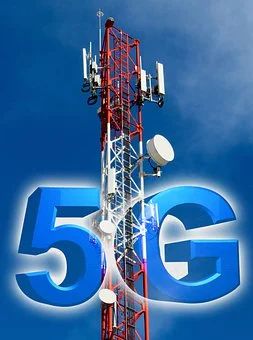 To help the fight on global climate change goals and reduce mobile network operational costs, energy saving has become a major priority and mission of the telecommunications industry.

While mobile networks bring near-ubiquitous access, convenience, and entertainment to the public, as more people use their smartphones for video and other bandwidth hungry services over LTE and 5G, power and energy consumption will rise in the absence of interventions.

Wireless access network consumes the largest proportion of energy among the mobile network, and it is regarded as the main factor of energy consumption.

Throwing a lot of light into this matter, ZTE Corporation has released a white paper on its 5G Summit & User Congress on Green 5G, “5G Energy Efficiencies, Green is the New Black”, authored by GSMA Intelligence, a leader in global telecoms, media and technology (TMT) research and part of the broader GSMA.

As per the white paper data traffic is expected to grow three folds on a per-user basis between now and 2025. The deployment and expansion of LTE and 5G networks will inevitably bring greater pressure to network energy consumption.

According to the white paper, to fundamentally reduce the energy consumption of radio access base stations, each part of the 5G network must be treated individually. Effective tools include applying more efficient battery solutions, lowering the energy consumption of equipment, implementing more intelligent AI-driven sleep states, and more targeted network deployment planning.

These measures can achieve end-to-end energy saving and consumption reduction of radio access base stations, and build a green communication network for the benefit of people.

“Energy is a very large portion of the cost base for the operators, ranging from 20% to 40% of Opex across the industry,” said Tim Hatt, Head of Research at GSMA Intelligence. “Things are moving quickly with energy-efficient network technologies and a rebalancing of fuel sources towards renewables as more telcos set ambitious glide paths towards carbon neutral and, eventually, net-zero emissions. Energy and climate efforts are now very much front and center objectives as part of doing business and not mere CSR.”

Spectrum Auction to Start from March 1 – Details Inside

The Central Telecom Regulatory Body, TRAI has announced that a Spectrum auction will commence from…