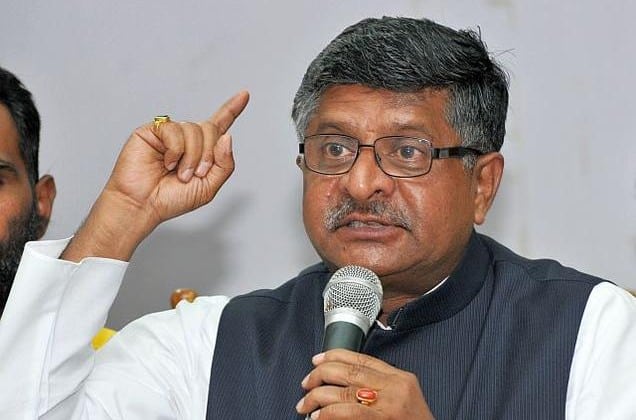 On the back of Rs 1,000 crore investment in network upgradation, a new CMD at the helm, a cut in mobile tariffs, and the inauguration of next generation network (NGN) technology launch, struggling state-run telco BSNL is leaving no stone unturned to be back in pink of health.
We, however, zeroed in on few ways that would help the company to regain its lost vigour.

NEW DELHI: Last year, when Ravi Shankar Prasad took charge as the telecom minister, reviving BSNL was one of his key agendas, even nine months into this role, there is hardly any sign that the plan has waned a tad.
BSNL, which was making profit till 2005, slipped into losses owing to lack of investment in network, delay in expansion of mobile networks, high employee cost, rising competition from private players, huge debts among others. The firm’s market share plummeted from 15.66 percent as on March 31, 2010, to 11.70 as on May 31, 2014.

At the same time, not to forget its vast network, the entity’s strong foothold prints along hills, valleys and presence in diverse areas is one of its biggest strengthens and letting it die for no good would not have been a prudent idea at all.

So, just after Prasad took charge as the telecom minister, he showered the company with lots of goodies. The government waived off Rs 1,411 crore loan to BSNL and return of Rs 6,724.51 crore for surrendering the BWA spectrum.

But keeping in mind the length of challenges it has (the employees are now planning a two-day strike next month), we tried to understand what actually will help the PSU firm to turnaround.

1. Fighting against competition: BSNL should review its offerings and services and come up with solutions in order to fight against rising competition from private players.

According to Faisal Kawoosa, Lead Analyst at CMR Telecoms Practice, “BSNL should perhaps look towards the enterprise and should focus around and bring in solutions around that. Because on consumer side, a lot has been achieved it will be difficult for them to really make some successful inroads on that side of the market but enterprise is emerging and we haven’t done a lot much as a country with respect to enterprise.”

He added that Vodafone and Bharti Airtel are trying to get into enterprise space and BSNL will not face very stiff competition in this segment.

2. Strenghtening distribution strategy: The company should also focus on streghtening its distribution strategy. As when compared to private players the distribution strategy looks feeble.
Sanchit Vir Gogia, chief analyst and chief executive of GreyhoundResearch, said: “We believe that BSNL needs to adopt an aggressive channel strategy to roll out their products and services through multiple access points rather than restricting themselves to limited care centers. Like private players they should make sure their products are available at every mobile service hub possible at very location. Easy availability will make BSNL a preferable choice for consumers.”

With such a step, BSNL should also able to concentrate on its profitable circles like Kerala, Jammu & Kashmir and work to maintain its services in these areas to help bring financial stability to the company.

4. Increasing broadband penetration: BSNL needs to change and adopt an easier complaint redressal mechanism to retain existing consumers and attract new ones. At a time when private players are addressing consumer complaints in less than 24 hours, BSNL’s minimum two weeks for addressing broadband complaints is proving to be harmful for them in terms of retaining new costumers, Gogia added.

5.Introducing promotional schemes for all its services: BSNL should now introduce offers on an on-going basis on all its services like broadband, SMS, voice or bundled offering, rather than just offering full talk time vouchers during festive seasons.

BSNL offers free validity extension up to 5th May 2020

BSNL is extending the validity of all such subscribers up to 5th May 2020, free…