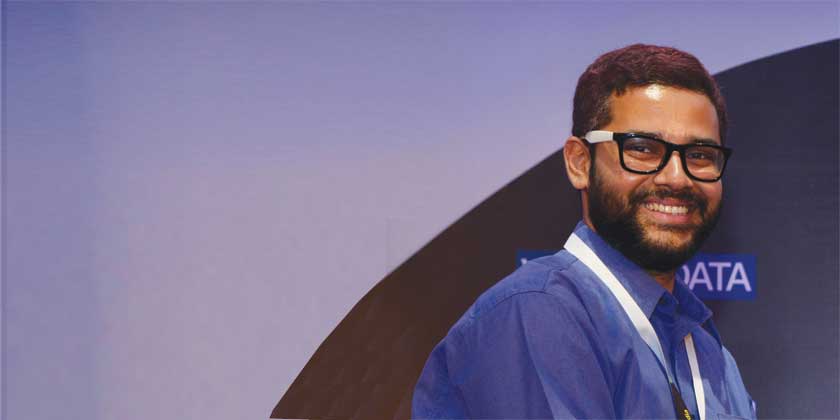 From the Startup Series

Affectionately known as Shivku right from his student days at BITS Pilani Shivakumar Ganesan labored for five years at Yahoo before the entrepreneur bug got him. He quit Yahoo and tried his hand at a maps & navigation based venture along with a friend, who backed out and the dream was cut short. Life moved on. Living blocks away from the founders of Flipkart who were also assiduously pursuing their dream venture in the e-commerce space, Shivakumar often bumped into them now and then and would stop by to catch up. Result, he ended up taking up the option of working with them. However, restlessness got the better of him in less than six months and he quit again.

The genesis of Exotel came about in Roopit, an online C2C marketplace to connect the buyers and sellers. The idea was the result of his personal search for a secondhand refrigerator which prompted him to build a solution that will help others like him. “While building Roopit, I realised that I needed one telephone number that would receive voice calls, SMS and ensure that I did not miss a single call,” Shivakumar recollects.

The initial idea was to build a distributed call centre, where several people can call in or send SMS. “If a small venture like mine needed a single telephone number that would receive calls and messages and handle various other functions such as interactive voice response, I was convinced other businesses would require the same features,” says Shivakumar talking about the time Exotel was incorporated in 2011.

Today, Exotel cloud telephony is an evolved product. “Our product stands out is in its simplicity, reliability and the control it gives to the customers. We are very serious and transparent about our uptimes and publish these for everyone to see. Also, the customer has full control on what he needs, be it configuring the IVR or integrating it with his Sales CRM. With a few clicks the entire phone system can be setup in minutes,” says Shivakumar.

As with any startup, Exotel faced the challenge of funding, customers and talent. Taking challenges head on Shivakumar was convinced about what he was building and he knew that it was important to have a good team to succeed. “I got a few of my friends on board as co-founders – Ishwar from Yahoo, Siddharth from Microsoft and Vijay from Practo who were also convinced in the idea. We did a bunch of things right and its effect was visible in the number of businesses starting to use Exotel. The different businesses and the ways they used Exotel re-established our belief that there was a compelling need for businesses to use Exotel.

The first round of funding was raised from Blume Ventures & Mumbai Angels for Rs 2.5 crore in March 2012 and since then the company has been making confident strides in the cloud telephony business. Now, it has on its agenda global expansion as well.

Exotel’s vision is to take call centers, and every business number that is there, either on bill boards, newspaper adverts or phone directory to the cloud.

Poly announced on Monday that it has sold its 30 millionth IP phone. Notably, the…

There is great regard for Cloud telephony as, today, it is the smartest tech way…