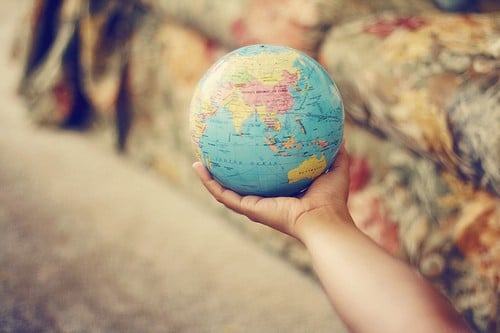 TSDSI has brought India on the standards map of the world, with the potential of altering the landscape of mobile telephony in the country. 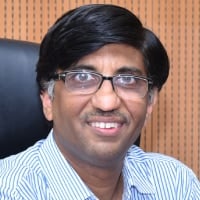 Since the first cellular phone call was made in India on 31 July 1995, the country has witnessed tremendous growth in the telecom sector. From less than 15 million telecom subscribers in 1995, today we have over a billion subscribers with an overall teledensity of 88%. This has been made possible primarily due to an exponential growth in cellular mobile communications, supported by a liberalized market with regulatory reforms. While we have about 1.1 billion mobile subscribers, the number of wireline subscribers remains only 20 million. Despite this spectacular growth, where the urban teledensity has crossed 100%, the rural teledensity is still 58% as of this writing. Moreover, the number of broadband subscribers is about 700 Million. Undoubtedly, rural connectivity and broadband penetration will be the key focus areas for the next decade for achieving nationwide digital empowerment.

I have been fortunate to be associated with telecom research, technology development, policy, and regulatory changes in the country for the last 25 years and would like to recapitulate my experiences and involvement in establishing Telecom Standards Development Society, India (TSDSI) which brought India on the world’s standards map with a potential of altering the landscape of the telecom sector in the next 25 years.

Though India emerged as the second-largest telecom market in the world most of this growth story has been scripted by the import of telecom equipment, with very little value addition made in the country. The cellular mobile communications industry is heavily driven by global standards such as the Third Generation (3G) Partnership Project (3GPP), ITU, etc. Though India has built a strong software and services industry, it is still not a significant player in the telecom technology development and has marginal intellectual property rights (IPR) and contributions to global telecom standards. Many of us from the academia and industry had long felt the need for India’s own Telecom Standards Development organization. In a standard- and IPR-driven industry, it is necessary that we should collaborate in the global efforts for developing standards to promote Indian requirements and intellectual property.

One of the significant events in industry-academia partnerships in the Indian telecom scene was setting up the Telecom Centers of Excellence (TCOE) in 2007-8 at IIT Delhi, Bombay, Kanpur, Kharagpur, Madras, IISc, and IIM Ahmedabad. It brought telecom service providers and academia together on a common platform. I led the TCOE in IIT Bombay that was set up in partnership with Tata Teleservices and the Department of Telecom (DoT). Though TCOEs are defunct now, it did help in catalyzing industry-academia partnerships. The idea of forming the Indian Telecom Standards Development organization was first formally mooted in the Governing Council meeting of TCOEs in September 2009 held in IIT Bombay. Following this, we held several discussions with DoT officials and a formal proposal was submitted to the ministry in September 2010.

Enhanced focus on IPR creations and influencing global standards with standards essential patents would be paramount for making India
self-reliant.

Meanwhile, the April 2011 Telecom Regulatory Authority of India (TRAI) recommendations on telecom equipment manufacturing policy also emphasized the need to influence global standards. With strong support from academia, operators, technology vendors, and industry associations like the Cellular Operators Association of India (COAI), DoT articulated the importance of telecom standards organization in its National Telecom Policy (NTP) 2012. The policy resolved to promote setting up of Telecommunications Standard Development Organization (TSDO) as an autonomous body with the effective participation of the government, industry, R&D centers, service providers, and academia to drive consensus regarding standards to meet national requirements including security needs.

Following several discussions with industry, TCOEs, and industry associations such as COAI and AUSPI, we submitted the draft bye-laws and operational plans for setting up TSDO in public-private partnership in May 2012. The organization was named as DOSTI – Development Organization of Standards for Telecom in India. However, even after DoT’s intent to set it up, formal approval was not given and protracted discussions continued for the whole of 2012. But, we persisted in our efforts.

Towards the beginning of the year 2013, DOSTI held several meetings. A turning point was reached in May 2013 when the Indian delegation was invited to attend Global Standards Collaboration’s 17th meeting (GSC-17) at Jeju Island in the Republic of Korea. The delegation was led by the then Additional Secretary Rita Teotia. I was also part of the delegation. She made a historic statement before the international telecom standards bodies: “I am pleased to announce that, with the support of all stakeholders – industry (manufacturers, service provider and R&D units), academia and government, we have now been able to complete all the groundwork required for establishing the Telecom Standards Development Society, India (TSDSI). We expect the body to be registered and to begin functioning shortly and also that it will include all stakeholders including indigenous manufacturers, service providers, research and academic bodies and government societies and organizations”.

Subsequently, TSDSI’s bylaws were approved by DoT. TSDSI was formally launched on 8 November 2013 in C-DoT Delhi, where cooperation agreements were signed with global standards bodies.

TSDSI formally came into being on 7 January 2014 after being registered with the Registrar of Societies, Delhi. Dr. Kumar Sivarajan of Tejas Networks was elected as the Chairman and I was elected as the Vice-Chairman in the first governing council elections held in October 2014. I later became the Chairman in October 2016. From a modest 11-member body, TSDSI has now grown into a healthy forum with 70 member organizations.

Our contribution on LMLC configuration was included as a mandatory
test configuration under the Rural eMBB test environment in
IMT-2020 in 2017.

The next historical milestone was achieved in January 2015 when TSDSI became the 7th organizational partner of 3GPP and joined China Communications Standards Association; European Telecommunications Standards Institute; the club of Association of Radio Industries and Businesses, and Telecommunication Technology Committee of Japan; Telecommunications Technology Association of Korea; and Alliance for Telecommunications Industry Solutions of the USA. This enabled TSDSI members to participate in 3GPP meetings and influence future wireless standards such as 5G. This also allows TSDSI to “transpose” (i.e. adopt) 3GPP specifications for IMT-2000 (3G), IMT Advanced (4G LTE), and future telecom technologies as its own standards. After spending initial years on a membership drive, drafting IPR policy, working procedures for technical work, and setting up secretariat resources, TSDSI members have now started to actively participate and influence the global standards.

While India clearly missed 2G, 3G, and 4G bus, we wanted to make a new beginning in 5G. This was the time when work for the development of 5G standards (IMT-2020 in ITU parlance) was picking up in 3GPP and ITU. Very soon, our contribution to Low Mobility Large Cell (LMLC) configuration was included as a mandatory test configuration under the Rural eMBB test environment in IMT-2020 Technical Performance Requirements with an enhanced inter-site distance of 6 km in 2017. This test case addresses the problem of rural coverage by mandating large cell sizes in a rural terrain and scattered areas in developing as well as developed countries. TSDSI members followed this up with an indigenously developed proposal for a Radio Interface Technology that is compatible with 3GPP for IMT-2020 standards to ITU. This served the LMLC requirement. This technology has qualified for inclusion in IMT-2020 specifications as an independent technology, catapulting India into the club of standards defining entities, a historical milestone. Under the leadership of Prof. Bhaskar Ramamurthi, TSDSI has made rapid strides in the last two years.

In 2G and 3G technologies, most of the IPR has been held by the US and Europe. However, IPR and standards essential patent holding has slowly shifted to Asia-Pacific – mostly China, South Korea, and Japan – in 4G and 5G technologies. Going forward, we have a wonderful opportunity to develop an Indian eco-system of 5G and beyond the 5G telecom industry. Unlike in the times of 2G/3G, competencies of Indian companies in the domain of 4G/5G have significantly gone up. In an all-pervasive digital world 5G and beyond technologies are likely to affect not only communications but other sectors like healthcare, transportation, agriculture, automotive, etc. The development of an indigenous eco-system is not only important from the economic point of view, but also from the nation’s strategic and security reasons. Enhanced focus on IPR creations and influencing global standards with standards essential patents would be paramount for making India self-reliant (aatmanirbhar).

With TSDSI firmly in place, let us make India a global force to reckon with, in the next 25 years.

Posted by: VoicenData Bureau
View more posts
Tags:Mobile, TSDSI
Driving future of mobile communication in India 0 out of 5 based on 0 ratings. 0 user reviews.
End of the router as we know it
Shred telecom legacy for growth

While India needs to amend telecom-sector policies, it also needs to shift the focus of…

The life and travails of a smartphone

A recent study of over 30,000 handsets by Onsitego brings out a list of common smartphone…