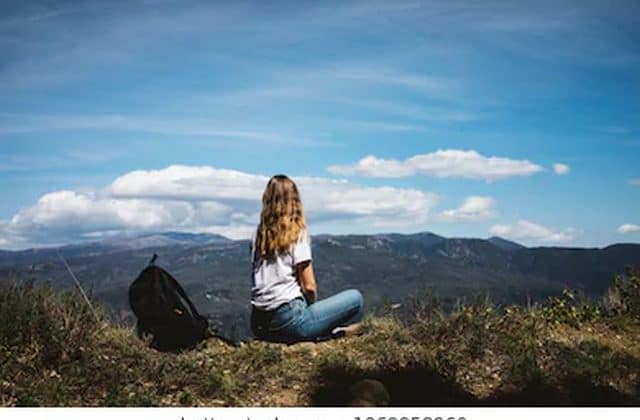 We have all fallen victims to the digital revolution. I say victims because we have somehow surrendered ourselves to the technology incorporated into gadgets that are compromising our personal and mental wellbeing. Let’s attribute that compromise to smartphone overuse.

Deloitte’s 2019 global mobile consumer survey found that smartphones have become more integral to people’s lifestyles than ever before. The survey results reveal that most consumers reach for their phones within half an hour of waking, while those in younger age groups admit to overusing their phones at night, after lights out, leading to insomnia. Well, smartphone users across all age groups don’t seem worried about controlling their smartphone use. Despite digital well-being tools and screen time trackers built into the smartphone, users just can’t get over the addiction to phones and its overuse.

But times always change and revolutions do happen, isn’t it? Globally, a silent revolution among a small set of people is happening and that revolution is DIGITAL DETOX. It just simply means that the user, for a period of time, voluntarily refrains from using digital devices such as smartphones, computers, and particularly social media platforms. This form of detoxification is fast gaining popularity, as individuals are urged to move away from the hyperconnected world and get into a mode of self-realization or searching for thy inner self.

The term “Unplug” is now a buzz word. Although, technology is incredible and the benefits are huge in so many aspects of everyday life, being able to unplug and have some time away from the screen is what digital detoxers believe as the best method to re-energize oneself and be more in touch with the natural world.

Forbes has found that in the past year alone web searches for digital detox have increased by 42% and it also refers to a survey that indicates that one in five consumers is aware of digital detox and wants to experiment it. Now, the survey also reveals that Digital Detox Destinations are also on the rise and a segment of the travel, tourism and hotel industries, globally, believe that this is the new age marketing approach to lure tourists into destinations that connect them with nature, tempting them into the idea of finding inner peace.

Now, now! When I say just a basic calling phone does it mean feature phones that can immediately take your memory back in time to the late ’90s? Are you reminded of those days when you had to hold a brick-size, simplistic Nokia phone that tended to all your basic calling and texting needs? Undeniably, somewhere in the corner of every phone consumer’s mind, Nokia had etched a fond memory of owning the first-ever wireless cell phones.

You can’t agree with me more on this right? Most people think of Nokia phones when they think about mobile phones or cell phones. It’s a long-running brand and it’s built up a popular following because of its legacy rugged handsets that satisfied the needs of basic communications.

Even today, consumers opine that the earliest iconic 3210 or 3310 models were the best in those times and would still work fine even in this smartphone age owing to its durable build and ease of use. Maybe that is why, even today, Nokia, the Finnish phone maker, thought it was essential to reinvent the devices in the feature phone segment and re-capture its share of the market in the handset industry. Nokia, predictably, sees big business in small budget phones for consumers and is seeing a rising demand for feature phones among consumers opting digital detox. 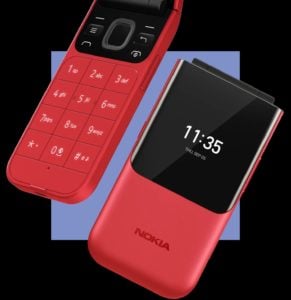 This is probably why, to ride the digital detox wave, Nokia, in September 2019, brought out its 2720. Dubbed as a Digital Detox phone with a new age twist, the Nokia 2720 Flip model includes WhatsApp, Facebook, one-touch Google Assistant, and 4G. Considered, as a powerful digital detox agent, the cute Nokia 2720 Flip is a part of the Nokia Originals group, together with Nokia 8110 4G and Nokia 3310. Nokia 2720 Flip is a 4G flip phone that comes with two screens, Google Assistant, and useful Google apps like Maps, Youtube and Search. There are preinstalled Whatsapp, Facebook, and Twitter which puts the whole detox in question, but since it is much harder to type on T9 than on qwerty, you’ll be talking more and sending fewer messages. Anyway, this phone has 4G capabilities and can be used as a Wi-Fi hotspot. Its 2MP camera will serve for sending some basic visual info, and built GPS will guide you around the world. So, what more would a consumer want when a phone like this suffices all communication requirements and also weans one away from addictive gaming applications.

Juho Sarvikas, Chief Product Officer of HMD Global, the company that makes Nokia phones, is rather bullish on the digital detox devices. Commenting about the new range of phones, he said, “Our new Nokia feature phones expand our portfolio to reach completely new audiences, delivering access to the latest features and networks in a reliable, familiar Nokia phone package. The Nokia 2720 Flip expands our originals family, and perfectly balances the digital detox and accessibility needs of our fans.” 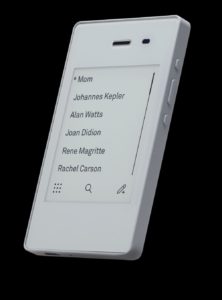 As Nokia takes control of the market with its digital detox pitch, there are other handset makers like this Brooklyn-based minimalist device creator. It’s called Light Phone, which is a credit card-sized phone that only lets you make calls and text or set an alarm. This phone is gaining popularity in the US, not only among consumers seeking to Unplug from the digital world but also among consumers opting to be minimalistic or to own a phone with mere functional aspects and not entertainment aspects.