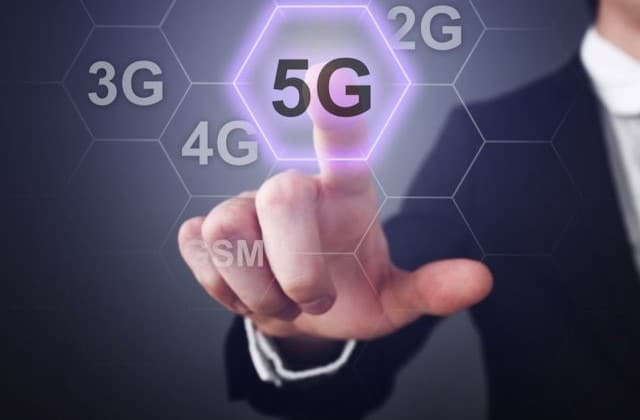 Before the pandemic struck, the telecom industry was eager to roll out 5G, the next-generation telecommunications standard that promises greater bandwidth and lower latency, and a cell tower every eight feet or so. The technology could make our mobile devices more powerful, and fuel other emerging technologies, including virtual and augmented reality.

These days, robust deployment of 5G looks more like a three-to-five-year proposition. And now with declining revenue and a shrinking market, some carriers and manufacturers have already delayed upcoming releases of 5G devices and services. Analysts also see the delays. 5G’s problem is the chicken and the egg. You need demand that’s realized in devices that can use 5G, and you need the carrier infrastructure. But who’s going to build one without the other?

I think the biggest obstacle for 5G is the physical limitations of the technology. Not only does the new standard require new cell towers, but 5G has a much shorter range than 4G, and is not great at penetrating walls, meaning we’ll need a lot more towers than earlier standards required. That’s expensive, and also, there’s a global pandemic.

Especially with COVID-19, manufacturing has been slowed, and it’s really hard now to get fleets of people to install things, to even get the proper permits. But despite the real barriers to adoption right now, the demand for higher bandwidth is going up. Between work-from-home and the hunger for streaming entertainment, people are very bandwidth-hungry.

We see the tipping point coming from the device side and phone manufacturers need to get on it. We’ve just seen it with Apple, which launched the 5G iPhone 12 in October last year. That could increase the total addressable market by 30% or so. Other carriers will follow, especially if they have assurances from carriers about when 5G coverage is coming.

Another impediment to rollout is that the pandemic has shuttered key locations for initial rollout. We expect corporate and college campuses to work with carriers to roll out the infrastructure. Once offices broadly reopen, I think a lot of tech companies will start instituting 5G within their campuses or buildings and pump it up that way, because there’s a lot of productivity they can gain with connected devices with low latency. And if tech employees or college students and staff are enjoying high-speed bandwidth as they work, they’ll drive demand where they live.

Look for initial networks to roll out in Asia. Developing economies, in Asia and elsewhere, have an advantage in terms of lacking legacy infrastructure. It’s just a different discussion when you’re starting from near-zero, versus upgrading from an extensive legacy investment.

The World Economic Forum lists 5G as one of 10 emerging technologies to watch in the wake of COVID-19, from distance learning and telehealth to drone deliveries and contactless payments, and notes that nearly every other technology on the list depends upon stable, affordable, high- speed internet. But while acknowledging the power of the technology, it also notes that the adoption of 5G will increase the cost of compatible devices and the cost of data plans. Addressing these issues to ensure inclusive access to the internet will continue to be a challenge as the 5G network expands globally.

A lot of the benefits we want from 5G will be delivered first by WiFi 6, an available but not-yet-widespread technology. WiFi 6 is at least 10 times faster than regular WiFi, so it will bring the bandwidth and low latency we talk about with 5G. If you’re a business, you want to roll it out fast, and you can have it today — you just need connected devices that can use it. Many new devices, such as iPads and iPhones, are ready for WiFi 6. Schools and corporate campuses can benefit from the technology, and it will be a major part of the bandwidth equation that includes 5G.

WiFi 6 is great for internal devices you control, manage and own. 5G would be for outside devices that you don’t necessarily control and own, but you want them to be connected. A shopping mall would want 5G available for shoppers, for instance, but might use WiFi 6 internally for retailers and management.

Just like 5G, WiFi 6 will soon be ubiquitous. In a few years, pretty much any WiFi-enabled device you buy will be WiFi 6.

5G promises much more than just higher bandwidth. Both 3G and 4G networks ushered in new services, and whole new industries, from Lyft to Door Dash to the kaleidoscope of digital streaming channels. Telecommunications bandwidth unlocks tremendous economic power. And I’m sure that 5G will do the same, with greater bandwidth and lower latency unlocking new things we didn’t think of. If you look at the market caps of internet companies, they exploded every time another telecom standard was unlocked.

Among the new possibilities to be unlocked: new mobile form factors. The future of mobile is hands-free, wearable devices. Connected glasses, like a phone on your face, totally makes sense, especially given the rise of AR/VR. It will take a few years, say five to 10, and it’s not just about use cases. You need advancement in material sciences, battery technology, a lot of stuff that needs to catch up. But once we have them, who would not want glasses that do everything? Then you’re like Iron Man. It will be a while before we get there, but it’s definitely coming.

The article is authored by Jesse Chor, Head of Mobile Engineering, Splunk

5G, SD-WAN and cloud is the building blocks of telecom’s future. As such, they demand…