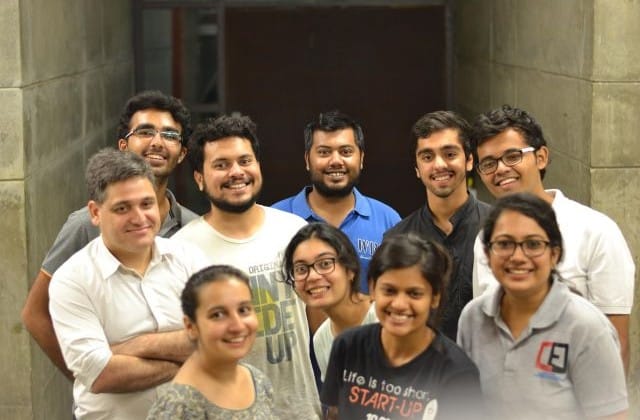 Today’s demanding world is racing against time. And when time is key for deliverables across all verticals, it becomes imperative for one to multitask. Professionals and executives are compelled to work on client calls, respond to emails and manage other commitments, all at one time and more so navigating between several apps like Skype, Dropbox, Google Calendar, Gmail can be stressful. Understanding this pain point, Ahmedabad-based start-up Gridle has conceived a cloud-based solution to ease this difficulty. Gridle is a workflow productivity platform that unifies chats, files, tasks, projects and team management along with audio-video conferencing tools; in essence, it brings together all forms of communication possible today on the internet on one cloud-based platform.

To offer a better explanation on how Gridle eases workflow, here is an example: If a company is using Dropbox for file-sharing, Skype for video conferencing, Lync for chat and Outlook for email and calendar, Gridle brings together all these tools and forms one single user interface for its end users. “Forget opening 4 different tabs and chatting on Lync about a file shared on Dropbox by your colleague and communicating that to your client through outlook. We understand that visual communication is 10 times faster than literal communication. Hence, we decided to offer a cloud collaboration tool that unifies all apps related to team management, planning and optimizing their biggest resource — people. The platform projects information like which version of the file was previously shared or what was last decided in the message or what are the priority items that your team member is working on right now. This information gives context to your actions and makes collaboration complete and much more effective on Gridle’s platform,” explains Yash Shah, the co-Founder and CEO of Gridle.

Simply put, Gridle, a platform by itself, with a small feature called Desk allows teams to work together and communicate, share and stay up-to-date with their projects and priorities. It also provides them a bird’s eye view of their engagements and interactions with teammates. With features like planner, task-management system, dynamic timelines, instant messaging and groups, Gridle allows a user to work efficiently. It also has integrated popular services like Skype, Dropbox and drive for users so that they do not have to learn new ways to do the same things. 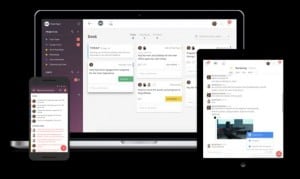 Taking wings from the incubator

The thought on Gridle’s concept originated when the founders Yash Shah, Anupama Panchal and Abhishek Doshi realized that they spent more time juggling between collaboration tools such as Skype, Dropbox, email, Trello, etc., rather than getting any actual work done. They felt the need for a single interface that unifies them.

Gridle was born in IIM Ahmedabad’s Centre for Innovation Incubation and Entrepreneurship Center (CIIE, IIM-A). The company was officially incorporated in November 2013. Gridle has a close-knit team of 10, including its three co-founders, all full-time, based at CIIE, IIM-A. Yash Shah leads the team. At Gridle, Shah manages resources, business development and sales. Anupama Panchal is the other co-founder and handles all technical know-hows at Gridle. Abhishek Doshi is the third co-founder and chief of product. At Gridle, he looks after the product design, roadmap and developments.

But what does Gridle mean? Why was the product named Gridle.io? Answering these questions Yash Shah, says, “There are three reasons. One, we wanted to have a name that didn’t mean anything. This would allow us to tell our potential users who we are and what we do; against them having a pre-conceived notion about us through the name itself. So, instead of naming ‘Collaboration’ or ‘Team work’, which contains within itself an innate meaning, we named Gridle so that Gridle is what we tell it is. Second, in our past projects, we were working on the concept of network gridding. Gridle was based on the same concept. The only difference was that instead of gridding a network, we were gridding people with Gridle. Hence, ‘Grid’ became an operative term and third, we selected the domain ‘.io’ because it is a global domain and it stands for “Input/ Output”. Gridle increases productivity and hence has a lot to do with Input/Output. Thus, the domain.”

Shah believes that Gridle’s product Desk has to offer the best to its customers. The team works hard to offer a complete exclusive productivity suite to its customers. Unifying communication through tasks, chats, files and audio-video calls within teams, around projects and on-the-go is their unique selling proposition. Added to these, analytics, performance management, workflows and artificial intelligence for priority management are bundled to offer a wholesome workflow experience for Gridle’s consumers. What could normally take four threads of email to set up a meeting can be reduced to creating just one event in Gridle’s Desk.

“The things that stands us apart and in process imparts most amount of value to our customers is unification of tools on our platform. While Gridle has native functionalities for all the modules stated above, it, being a scalable platform, integrates with all other cloud-based tools. This, in effect, means that if you are already using something for part of your team communication, Gridle will form a single interface and bring that data within our platform as well,” outlines Shah.

Shah discloses that Gridle leads to an increase in productivity by 11-13%, which according to him is a tremendous return on investment and one that is tangible in nature. “Called as the SaaS Freemium model. We currently charge $5 per member per month after a 15-day free trial. To put it into perspective, it is less cost than what a company might pay for that particular employee’s refreshments per month,” explains Shah.

Beyond the pricing, Gridle has something more to talk about. The three founders who are just less than 26 years-of-age carry a commendable social responsibility. Gridle offers free products/services to educational societies. How is that possible for a startup? Answering this, Shah says, “There are these phenomenal, inspiring people doing good for the humanity and we want to help them do it more efficiently. The reason why it is free is because we don’t want these organizations and societies to worry about pricing or payment to some software while they are doing good work. It also allows us to become a part of their good work. Our small little way of giving back to the society.”

There is more! Gridle also seems to be offering a credit for companies who are less than two years old. Going through the hardship of establishing a startup, Shah empathizes with startups entrepreneurs and offers them $1000 credit. “At early stages, entrepreneurs have to focus on multiple things at once like raising funds, building their team, scoring customers and the list goes on. In such a stage, a platform like Gridle can make things a lot easier for them in terms of setting clear milestones and validations. It becomes fairly easy for them to manage teams as well; even better if they are remote.”

Gridle has an impressive growth. From a single client Glazz in 2013, Gridle has currently risen to serve more than 12,000 users, 3,500 teams and 211 enterprises. Shah and his team are working to sign-up 100,000 users by December next year. In-app invitations and educational content are to play a huge role in getting Gridle over there in the next 12 months. Notably, Gridle bagged the Hot100 Technology Award from CIO-Choice in association with KPMG and Netmagic for 2014. And much recently became one of the CNBC Young Turks.

As an incubate of IIM-A’s CIIE, Gridle did attract investors. In October 2015, Gridle raised a seed round of $100,000 led by Jyotsna Bapat from IIIT Bangalore through deal making platform LetsVenture. The funds are used for product and resource development and also expanding sales and operations.