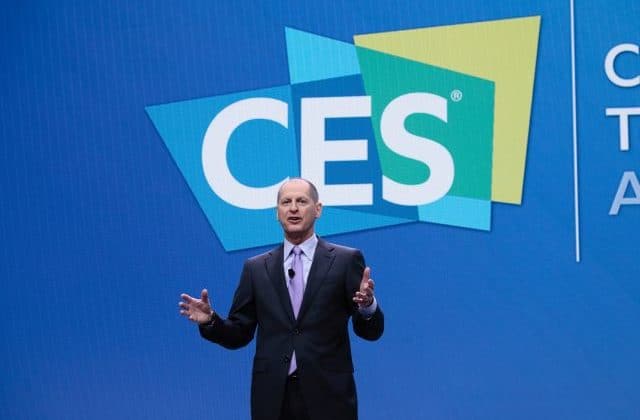 World’s most looked forwarded consumer event CES 2020 opened itself on Jan 7th, unveiling the next generation of innovation that will redefine industries, create jobs and solve many of society’s challenges.

“The innovation on display this week at CES embodies the drive and passion that fuels our industry and furthers economic growth on a global scale,” said Gary Shapiro, President and CEO, CTA. “The entire tech ecosystem is here at CES 2020, and the products and technologies launching this week will inspire, connect and change lives for the better.”

The full week of innovation kicked off on Sunday and Monday with Media Days, CTA’s 2020 Tech Trends to Watch presentation, CES Unveiled Las Vegas, conference programming at the ARIA and preshow keynotes from Samsung and Daimler.

Samsung Consumer Electronics President and CEO H.S. Kim delivered the first CES 2020 keynote. Kim focused on the “Age of Experience,” a decade of human-centric innovation that combines hardware and software to create personalized experiences to make life more convenient, enjoyable and meaningful. Highlighting the company’s latest advances in intelligent robotics, AI, 5G and edge computing, Samsung offered a snapshot of the future in which these technologies will come together to offer richer, more adaptive experiences for consumers. “In the Age of Experience, we need to re-think the space we have to accommodate our diverse and evolving lifestyles,” said Kim.

Ola Källenius, Chairman of the Board of Management of Daimler AG and Head of Mercedes-Benz, delivered a keynote address on Monday evening, where he shared the company’s plans for a sustainable autonomous future. “When you come to CES you ask yourself ‘What’s Next’ and that question is what we have been asking ourselves for 130 years,” said Källenius. He was joined on stage by director James Cameron to unveil Mercedes Benz’s latest concept car, the Vision AVTR, a partnership between Mercedes-Benz and Cameron’s film franchise. The car has no doors and 33 movable, multidirectional “bionic flaps” that are meant to look like scales on a reptile. The Vision AVTR detects your pulse and can sense your breathing. Mercedes designed the concept car to merge the passenger and automobile into a “symbiotic organism.”

CTA’s Steve Koenig and Lesley Rohrbaugh presented 2020 Tech Trends to Watch on Sunday and gave an exclusive preview of the January U.S. Consumer Technology Sales & Forecasts. The skyrocketing popularity of streaming services along with 5G connectivity and artificial intelligence (AI)-enabled devices will drive revenue growth for the U.S. consumer tech industry to a record $422 billion in retail revenues in 2020 – nearly 4% growth over last year.

Sunday evening featured one of the largest CES Unveiled events in show history, with more than 220 exhibiting companies, including 98 startups from Eureka Park, the startup hub at CES 2020. More than 1,900 media gathered at CES Unveiled for a sneak preview of the innovation debuting this week at the show, including the Source Hydropanel, which can extract water from air and electricity; a smart bathmat that tracks weight, BMI and posture; a service robot for those with disabilities; AR/VR software that shows before and after workout results and a smart thermometer that measures and adjusts oven temperature.

CES 2020 Wraps: AI and 5G Define the Future of Innovation

CES 2020 wrapped today, following a week filled with over 20,000 product debuts unveiling the…

At the most happening consumer show, CES 2020, D-Link launched its new mesh Wi-Fi solutions including…

At CES 2020, Qualcomm stuns consumers with focus on tech for autonomous driving cars rather than phones

Paving the way forward to the future of autonomy with scalable, customizable and power-efficient chipsets…