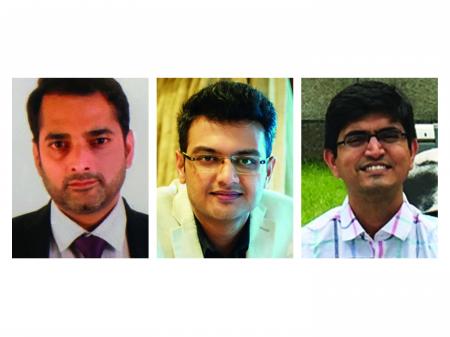 While the rivals have finally started to tango, there is an urgent need for an apt policy intervention that can help the ecosystem grow.

The pandemic meant different things for different industries. For OTT, which was already a growing segment, this year saw a massive jump. What are the different ways of building this ecosystem and how can telcos play a fresh role? Kailasnath Adhikari, Director Happii Digital and Broadcasting Network opened a can of ideas at the strategic session on how to build the OTT ecosystem at the 20th Telecom Leadership Forum organized by Voice&Data.

Chandrasekar Ramamoorthy, Co-founder, Mozark averred that the impact of COVID-19 has led to a significant boost to OTT. “There already was a latent demand. 4G proliferated quite rapidly. It really ramped up the consumption of OTT. Most of these users are for live-sport. A majority of the hockey-stick curves will happen when connectivity expands even further with fiber-to-home expanding. It will also happen when the content will be more mass-centric. More local and Hindi content will be a driver here. That will pull more audience on OTT platforms. That’s when subscription revenues will increase.”

“Majority of advertising-spends today are fairly small on OTT compared to other digital platforms. Can we see this change in the immediate future,” Adhikari asked. Responding to this Ramamoorthy pointed out that India will always have an ad-based business model. “But subscriptions will stay an important component of the revenue for OTT,” he added.

Srikanth G Rao, Media Software & Platforms Industry Practice Lead, Accenture ATC India contended that OTT users are different from linear TV users. “I see a lot of subscription has started happening already but it will not be an either-or scenario when we look at TV. It will be an alternate screen or second screen. The kind of programming that is created on OTT in India is different from prime-time TV. There is a humongous runway there to grow forward. We can bring more variety of programming to make it inclusive. It can cater beyond stereotypical content. It is not just about programming but how we bundle it. That has started with telcos offering various services. That will give a boost to a subscription model.”

Has the debate on TV vs. OTT died down? Adhikari quipped. “OTT was an individual experience before. But now with Firestick, smart TVs, etc., things have changed. Can OTT eat into TV or vice versa? Does TV still have a big leg-room to play in the country?”

Ramamoorthy opined that TV will have its own role and will not be completely replaced. “Even if you look at the current patterns of consumption, a lot of the content consumed is live TV content. So, both will co-exist because the kind of content on both screens is different. There is also an experience element to it – which depends on connectivity. That’s where replicating the experience of a linear TV where you can change channels instantly will be challenging. There is still some distance to go. Like about three years.”

The relationship between OTT and telcos was also covered in this panel. Largely most OTT players, after a year or so, come out of a telco partnership because what they get is minuscule compared to their marketing efforts. How will that temptation play out in India, Adhikari questioned.

Rao shared a fundamental belief that OTT players want to run from a partnership. “However, this goes the basic tenet for going directly to the customer. The entire telco footprint is an instant gain. It is a major jump on subscription and initial customer acquisitions. But retention of this growth depends on what kind of experience OTT players can give. One does not want to dismiss the long relationship of a customer with a carrier.

There is a risk of creating competition. Broadcasters have relied on this medium as a first-move. The carriage cost to be paid to a channel is a major cost component for the TV space. Eventually, the direct mode can happen but initially gaining instant reach and minimising churn (for another Telco with an attractive package) would be important.”

“Most of these customers are pre-paid customers so bundling can be difficult. The digital reach is not the same as the Telco-access – when we look at recharges through other digital channels. Even transactions with telcos are not happening through a telco’s own channel but some other channel. So if an OTT is looking for a wider digital reach, the question of partnering with a telco will have a different connotation. Telcos will have to fight this uphill battle with digital giants and disruptors. Because that time spent on one’s own platform will matter for OTT’s reach.” Ramamoorthy brought in a view from the trenches. Models are evolving for online as well as offline reach on the telco side, he added.

The panel also navigated topics like consumer viewing habits, the relevance of cinema, phenomenon of waiting for a movie to come to a screen. That’s where the idea of hybrid releases and new templates of innovations in content were analyzed. The new government guidelines were also discussed and their impact on OTT growth was understood. Overregulation of a sector, giving choice to the customer, encouragement of self-regulation, and creating a balance – that’s what was suggested through multiple viewpoints here.

“We need a regime that listens to the customer and allows the ecosystem to grow in the right direction,” the speakers concluded unanimously.

Posted by: VoicenData Bureau
View more posts
Can telcos build the OTT ecosystem? 0 out of 5 based on 0 ratings. 0 user reviews.
SIA-India Urges Health Minister to Use SatCom for COVID-19 Supply Chain Tracking
A peek into the future

A single pane of mirror

Here’s a look at where enterprise technology is moving by understanding the directions of SD-WAN,…

Telcos can support the Digital India dream only if they are financially viable. Will, the…

5G is all about use-cases