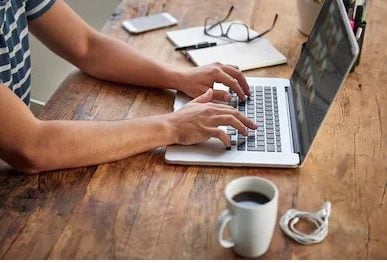 AnyDesk, a German startup company founded in 2014 has established a strong presence in India. Competing with the likes of TeamViewer, AnyDesk’s founders Philipp Weiser, Andreas Mähler, and Olaf Liebe have today made the startup grow tall and strong in the business of remote access software solutions. 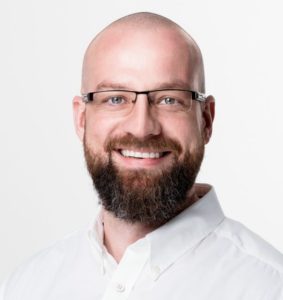 Interacting with Oldřich Müller, COO of AnyDesk, a lot about the company is revealed and more importantly its role in India and how the company perceives India has its biggest overseas market, riding profits.

Inception for the demand

Remote working has become increasingly popular in today’s world and more so will become even more widespread in the future. With the gig economy flourishing where workers hire themselves out on a short-term, often project-to-project basis, the very nature of this type of work necessitates people to be flexible, mobile, and willing to work from anywhere. The pulse of this industry was rather caught at the most appropriate time by the Germans – Philipp Weiser, Andreas Mähler, and Olaf Liebe.

They put their heads together to create AnyDesk, which is claimed to be the first application for remote access with sufficient capacity to be able to work on a remote PC for hours without becoming tiresome.

Most work performed by today’s white-collar workers does not require being in an office for a set number of hours. In fact, it may not require a person’s presence at all. With today’s emphasis on work-life balance, coupled with ever-growing demands on workers, digital tools have provided for an explosion of productivity that allows employees to work smarter and with more flexibility. These facts probably urged the AnyDesk trio of founders to plunge into the business of developing remote access software tools.

After they created that new technology, they gathered around the co-Founder Andreas’ dining room table for a brainstorming session and created the AnyDesk brand and mission.

Opening up more about AnyDesk, Oldřich Müller profiles the company by saying, “It all began when the founders realized that there is a need for a superior remote access solution and that they were capable of creating that superior one! Together they came up with DeskRT codec that allows for virtually latency-free collaboration whether you’re down the hall or on the other side of the world. After they created that new technology, they gathered around the co-Founder Andreas’ dining room table for a brainstorming session and created the AnyDesk brand and mission. Success came along as its USP included a no-hassle network set-up, data, and settings from the user’s home or office PC. It also ensures that the user’s data will stay where it should be, i.e. on one’s own computer.”

Stating further Müller said, “AnyDesk also has extremely low latency compared to its competitors. Depending on the system and network, it can be as low as twelve milliseconds. That means AnyDesk is the solution of choice in areas with slow internet connections.”

Müller says that Philipp’s leadership has made AnyDesk frame a philosophy to provide a full-service approach, taking in a wider context when developing solutions. “We want to offer benefits that are important to the user: simplicity, ultra-low latency and fast reaction times, security, and stability. And it’s that user-centric approach that sets AnyDesk apart,” expresses Müller.

Within five years of inception, Müller says that more than 100 million users worldwide have downloaded AnyDesk’s application. And with 99 percent customer retention rate the company is even more gratified with its success so far.

“AnyDesk is the technology leader in remote access applications. We have excellent ratings and reviews from users. AnyDesk is a simple, secure, affordable, and user-friendly solution that provides unparalleled response times and almost zero latency while utilizing banking-level security protocols and encryption. Our innovative technology has led us to be one of Germany’s 50 fastest-growing companies and a major disruptor in the remote access market worldwide,” says Müller.

That, in turn, led to viral recommendations and organic growth. Basically, we were able to go from zero to catching up to our biggest competitors.

“AnyDesk entered a mature market, one that was exceptionally competitive and dynamic. But because of how we designed our product and our customer-centric approach, we were able to provide a superior user experience that fostered a loyal user community. That, in turn, led to viral recommendations and organic growth. Basically, we were able to go from zero to catching up to our biggest competitors in terms of awareness in just five years, which was a huge achievement. This confirmed our belief that building a better product and listening to customers is a sure-fire path to success,” indicated Müller on how hard the journey has been to garner the interest in AnyDesk.

With remote working becoming more popular in many businesses, it’s very important to be aware of the security risks that come along with it. Considering all the information available on the internet, it’s sometimes hard to recognize the real from the fake; the honest business from the scam. The only way to approach the problem is to be armed with as much knowledge as possible. That’s true of everything be it buying basic groceries or using remote access software.

“Simply put, the rules for using AnyDesk safely are basically the same as for your credit card, email account, or any other personal data: guard your privacy and keep it safe! The importance of digital security cannot be overstated. It is imperative for businesses to put up the strictest online defences and encryption technologies to protect themselves and their internal and external stakeholders. On the other hand, people have to be smart and remain vigilant to stay safe online. AnyDesk is a highly-secure, trusted software used by millions of people across 20,000 companies in 165 countries. It is a completely safe tool for IT experts who want to work on remote devices without being on-site. In addition, AnyDesk uses banking-standard TLS 1.2 technology to protect users’ computers, as well as RSA 2048 asymmetric key exchange encryption to verify every connection,” explained Müller.”

The biggest factor that makes the difference in security is the user.

Emphasizing one major aspect Müller warns, “The biggest factor that makes the difference in security is the user. We constantly remind them they should only share access codes with people they know and at all times check the legitimacy of the request to share access. Imagine someone claiming to be from your bank calls you from an unknown number and asks for your credit card number, expiration date, and security code? Would you give them that information without checking to see if they are legitimate? You need to be certain of someone’s credentials before sharing any personal details with them. Also, do not grant access to your computer, laptop, or phone unless you are very sure about the individual’s credibility. Your safety is in your hands when working remotely.”

Market analysts have supposedly estimated the global remote support software market to reach $1.3 billion by 2022, owing to the growth to the increased smartphone usage. As the number of smartphone users in India is expected to double to 829 million by 2022 from 404 million in 2017, by 2020, India should have about 650 million Internet users. “That’s a huge remote IT support market, especially in terms of SMEs! This, in turn, means growing demands for helpdesk and customer services and that is where remote access provides the support, which helps companies slash costs and improve their bottom line. Thus, India is an important market for AnyDesk, as the country is an integral part of our growth story. We already have around 2 million active users each month in India,” reveals Müller.

India is an important market for AnyDesk, as the country is an integral part of our growth story.

Appreciating his company’s progress Müller exclaims, “The response and reception we’ve received has been phenomenal. We recently announced 100 million downloads worldwide. In addition to that impressive number, we’re adding more than 5 million new users every month, and that number continues to grow. Our revenue has also expanded along with our user base, more than doubling in each of the last three years. We’re also exceptionally proud of the highly professional and globally diverse AnyDesk team. We currently have almost 60 employees with 14 languages spoken in our office every day. It’s quite a remarkable atmosphere and a dynamic international environment.”

Homegrown OTT platform YuppTV has bagged the digital broadcast rights for the BCCI Home Season. With this…