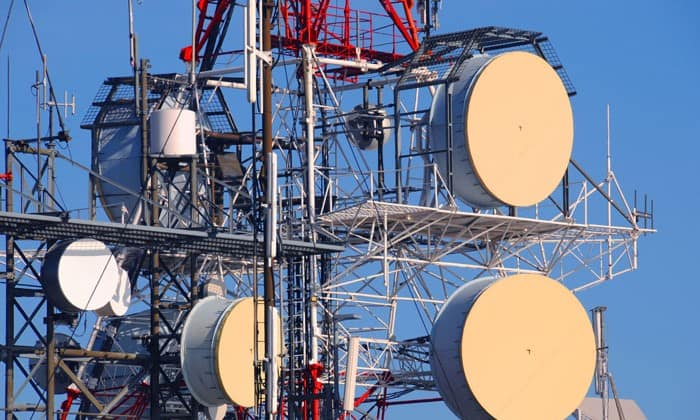 The Budget 2018 has no substantial benefits for the overall telecom sector, although the budget envisages to achieve Digital India, Smart Cities, 5G, Artificial Intelligence, Internet of Things, etc.

Telecom infrastructure a key to all e-governance projects have been overlooked once again by this government while other infrastructure like road, waterways, national highways, railways, ports have been given huge boost in this budget.

The major announcements such as deployment of 5 lakh hotspots with allocation of INR 10,000 crore, 5G tests in IIT Chennai, 15-20 percent hike in custom duty to boost Make in India, allocation of INR 2.04 lakh crore for 99 Smart Cities and Wi-Fi and CCTVs in trains etc. are long term visions and will need time to surf up.

The budget proposal to boost technological advancements through digital initiatives can be the biggest driver to improve the quality of education, healthcare and rural progress. However, the telecom infrastructure industry was expecting a big push for the deployment of critical telecom infrastructure on which the internet connectivity will be ensured.
The proposal to provide Wi-Fi connectivity in over 5 lakh villages needs to have internet connectivity either through Mobile Towers or OFC. However, Right of Way related issues are yet to be settled with the state governments/ local authorities.

The status has been extended to the industry; however, the benefits are still pending for the inclusive development of a robust telecom infrastructure.

• Carry forward / set-off losses on merger of telecom infrastructure service providers:
The benefit of Section72A was introduced to telecom operators in FY 2002-03 with a view to encourage rapid consolidation and growth in telecom sector. At that time, each telecom operator used to set up its own telecom towers to cater to its own need of passive infrastructure (i.e. telecom towers, shelters, power back up) services.

Accordingly, the concept of Telecom Infrastructure Service Providers (TISPs) was not envisaged in FY 2002-03 when the benefit of Section 72A was extended to telecom sector. Considering the fact that the passive infrastructure industry is integral and inseparable from the telecom industry and has also been conferred the status of infrastructure, an amendment under section72A is desired to the effect that the brought forward business losses of the amalgamating telecom tower companies shall be allowed to be carried forward with the amalgamated telecom tower companies.

As the telecom tower industry is an integral and inseparable part of telecom services, the specific inclusion will bring parity for the tower companies with telecom operators and other key industrial sectors.

Passive Infrastructure (PI) comprises of the towers and the shelters which enable the provision of the services by the tower companies. The towers are fastened on a civil foundation which gives them structural support. The PI industry provides services to the telecom operators through their passive infrastructure.

Under the Central Goods and Services Tax Act, 2017 (“CGST Act”), telecommunication towers have been specifically excluded from the definition of plant and machinery provided in explanation to Section 17 of the CGST Act.

Further reading of the entire Section 17 of the CGST Act, suggests that the intention of the legislature is not to allow credit on the goods and services used for construction of an immovable property – refer Section 17(5) (d). It denies input tax credit benefit on goods and services when such goods are used in construction of an immovable property.

Digital India, Smart Cities, providing E- Governance services to the common man, etc. and other flagship programs of the Government depends entirely on the availability of critical telecom infrastructure and any tax/ levy on such nation-building installations will ultimately increase the cost structure of the services to the end-consumer.

The telecommunication towers are the backbone of the telecommunication industry and any denial of this credit would substantially increase the cost of providing this service to the common man. The PI industry is expecting to install around 50,000 towers during the coming fiscal year and the taxes paid on each tower is around INR 1.00 lakhs – 1.50 lakhs. This could result in increase in cost of providing the telecom service by approximately 10%.

It was also recommended that the definition of Plant and Machinery should be amended and inputs tax credit mechanism should be extended to telecom towers.

• Cascading effect of GST on inter-state movement of telecommunication towers
The primary objective of the Government to introduce GST was to ensure that there is no cascading of taxes and credit is duly admissible at all levels of supply chain. All movement of towers/ tower parts are subject to tax even if an organization transfer such assets as stock transfer. Therefore, such movement of towers/ tower assets from one state to another should not lead to multiplicity/ duplicity and cascading of taxes.

• Extension of investment linked incentives under Section 35AD of the Act to telecom infrastructure service providers for equipment’s manufactured in India:

The act allows a deduction to the tax payer in respect of that the capital expenditure extends investment linked incentives to cold chain facilities, hotels, hospitals, housing projects, warehousing for storage of agriculture produce, natural gas/oil pipeline, production of fertilizers and container freight stations etc. and should include telecom tower sector whereas sub-section (1) of section 35AD should not apply to telecom tower sector.

The Indian tower industry has deployed around 4,60,000 towers with more than 17 lakh BTSs empowering 1.2 billion mobile subscribers with telecommunication services. Further to cope up with growing data needs and issues such as call drops, network outage and connectivity gaps etc. development of a robust telecom infrastructure is crucial.

The industry witnesses number of on ground challenges i.e. States not aligning with RoW rules, coercive actions against mobile towers, safety and security of mobile towers and non-availability of EB connections etc.

The industry was expecting that the budget would address broader issues, which could have relived the industry, ultimately, accelerating the momentum of developing robust telecom infrastructure–bedrock for futuristic technologies.

(The author is Director-General, TAIPA)