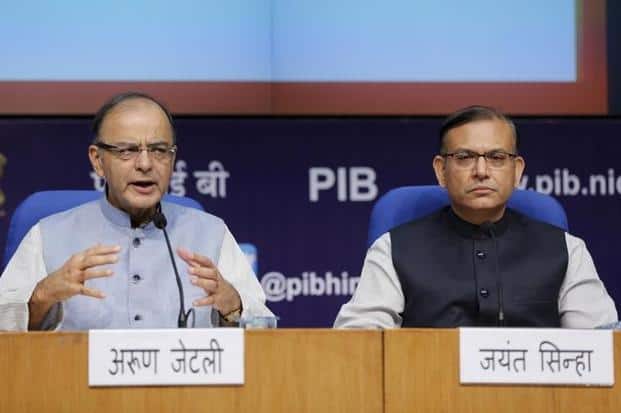 NEW DELHI: Finance Minister Arun Jaitley is all set to present the Union Budget for 2016-17 on February 29.This would be his second full-year Budget. So all eyeballs on his briefcase, what Jaitley is going to present for India.

There are three specific recent initiatives by the Indian Government that promise a positive change in the IT industry: Make in India, Digital India and Start-up India. The actual on-ground impact of these initiatives is yet to be felt in the IT sector. One of the key reasons for this is the inter-connectedness of the global forces and complete shift to a market driven economy in current times. In this environment, the Government’s role as a business enabler has to be far more concentrated in increasing demand, rather than just removing hindrances.

Over the last five years, apart from the key sectors of infrastructure and defense, budget allocations have been continuously focused on inclusive growth. It has been a highly prudent move, considering the nature of Indian demography and rising importance of human development index in the context of long term sustainability of society in general, business being only a part of a homogeneous developed society. Our IT industry is a key supporting service industry and this focus has opened up greater avenues in sectors that have been getting increased allocations over the years like agriculture, rural development, healthcare, education, housing and urban development (smart cities).

On the backdrop of the current global economic scenario and acute demand deficit, only a positive growth-driven budget directed at increasing demand, enabling the core manufacturing sector and boosting the dormant private investment, can have a positive effect on the IT industry. If the industry’s concerns are addressed affirmatively, it may create a domestic demand to somewhat compensate the global downturn.

The biggest challenges faced by the IT industry today due to this downturn are stagnant or reducing IT budgets from existing enterprises on one hand, and a lack of new business opportunities due to shrinkage of fresh investments. Further, there is shortage of truly industry-ready skilled IT resources adept at handling complex technical problems, though engineers are coming out in hoards each year.
The IT industry heavily depends on the manufacturing sector and reforms which will boost this core sector is expected. More specifically:

Infrastructure: The sector would expect major announcements to support the ‘Make in India’ campaign. It will create more facilities that enable the movement of raw materials into the country and transporting the finished products out of the country. Thus, reforms will be directed towards effective and efficient connectivity between ports, better road and rail connectivity between ports and plants. This is also a golden period to do so, as steel and oil prices are at an all-time low.

Attracting investment in high technology, defense and aerospace: While Indian organizations have already proved their mettle in the auto and engineering sector; it is yet to see any major investment in high technology, defense and the aerospace sectors. Attracting investments in these sectors and making it easier for global companies to set shop in India is very critical as this can turn the country into a true manufacturing hub. Budget enablers in this area are keenly awaited.

Land reforms: It is one of the most critical factors which will enable multinational companies to set up manufacturing activities in India on a large scale. Though a lot has been said about it, a clear, and practical win-win land reform policy is yet to see light of the day.

Boost SME segment: To truly create a backbone of manufacturing in India, it is important for the government to give enough incentives and support SMEs. They will create the multiplier effect for job creation.

Renewable Energy: We are still far from providing necessary power to the manufacturing industries to continuously run their operations. Though coal ordinance is paving the way for mining coal, essential steps and policy decisions to make coal mining output higher is assuming greater criticality on one hand, while environmental concerns on fossil fuel is rising on the other hand. Here too, reforms directed towards a win-win balance between the two are critical.

Uniform GST: Budget or budget session to bring GST to reality towards thrashing out the differences and meeting the April 2016 deadline.

Further, in addition to policy decisions and investment outlay in the budget, one of the key expectations will always be on Direct & Indirect tax concessions and sops.
Direct tax expectations: There is a need for rationalization of law with respect to taxation of royalty (copyright vs copyrighted article). Royalty / Fees for Technical Services should be reduced from the current 25 per cent to 10 per cent.

Development of ‘Special Economic Zones’ had at a sluggish pace in the last few years. Removal of MAT and Dividend Distribution Tax (DDT) on SEZ units and SEZ developers would give a fillip to development.

Indirect tax expectations: There is huge stress on businesses for compliance with multiple state tax legislations and an early roll-out of ‘Goods and Service Tax’ is very imperative. An affirmation by the Government that GST would be rolled out in April 2016, along with indicative transition steps, would help build and reinforce positive sentiments.

While a positive, inclusive and growth-oriented budget could somewhat address the domestic demand issues, it is relatively not in a position to affect the global scenario. On the skills front, the Government may announce a policy or take certain initiatives under the Skills India program to address the issue of industry-specific skill set.

India ushers in GST amid historic midnight session of Parliament

NEW DELHI (INDIA): The Goods and Services Tax (GST) came into force at midnight, amid…

NEW DELHI: The Cellular Operators Association of India (COAI) has welcomed the implementation of the…

NEW DELHI: It is widely acknowledged that the Internet has the potential to change human…