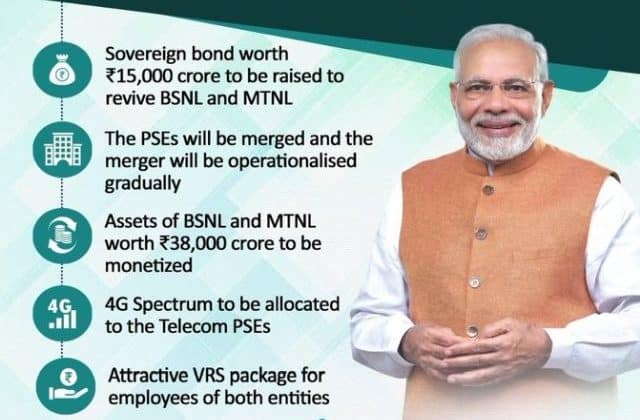 In anticipation of getting two government-owned telecommunication entities profitable, the Union Cabinet yesterday laid out its revival package of merging BSNL and MTNL.

With respect to this decision, Minister of State for HRD, Telecommunication, Electronics & IT, Government of India, Sanjay Dhotre had commented on Twitter that the Modi government meets all the expectations that it creates. What is promised is surely delivered!
The merger will be done by administrative allotment of spectrum for 4G services, debt restructuring by raising of bonds with a sovereign guarantee, reducing employee costs, monetization of assets and in-principle approval of the merger of BSNL & MTNL.

The following was approved by the cabinet:-

It is expected that with the implementation of the said revival plan, BSNL and MTNL will be able to provide reliable and quality services through its robust telecommunication network throughout the country including rural and remote areas.