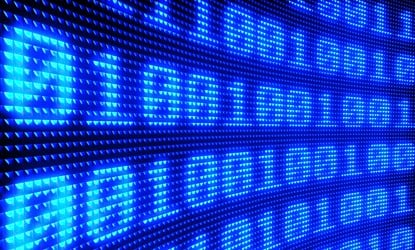 
If the original National Fiber Optic Network (NOFN) plan had been successful, about 1,00,000 Gram Panchayats (GPs) would have been availing broadband at 100 Mbps and taking advantages of services like e-health and e-education. Not just that, the service providers would have come out with products targeting the rural segment and also increasing their revenue at the same time.

Started with the objective of connecting 2,50,000 Gram Panchayats in the country, NOFN is being spearheaded by Bharat Broadband Nigam Ltd (BBNL), a special project vehicle formed by the DoT for the execution of this project. A key thought behind this Rs 20,000 crore project was to utilize the existing infrastructure of PSUs like BSNL, Railtel and Power Grid to create sufficient bandwidth at the Gram Panchayat level.

BSNL accounts for more than 60 percent of the existing fiber infrastructure, having Points of Presence (PoP) in all districts and 28,000 villages in the country. Besides, BSNL, Railtel, Powergrid and Gailtel had also deployed fiber for their internal use. These PSUs have been leasing the infrastructure to other players besides using it themselves. At the start of the project it was believed that additional fiber of around 300,000 route km, mainly from block headquarter to the Gram Panchayat would need to be deployed.

Since BSNL has the maximum fiber, it was asked to execute the project in 18 territories or nearly 70 percent of the area. The rest was divided between Railtel and Powergrid.

Since its inception, BBNL has executed three pilot projects Arian in Ajmer district (Rajasthan), Parvada in Visakhapatnam (Andhra Pradesh) and Panisagar in North Tripura district (Tripura).Many e-services like e-health, e-agriculture have been introduced in these areas on trial basis. It was believed that NOFN will become a vehicle to deliver Government schemes like Sarva Shiksha Abhiyan among others.

“Work has already started on the ground in 12 states now. About 3,000 km of cable has been laid and another 30,000 of OFC has already been delivered. The work is gaining momentum now. I would say that the project is at a take-off stage,” says a top BBNL executive on condition of anonymity.

However, the industry experts, who claim that not more than 250 km of cable has been laid so far, refute this. “They have been supplied around 15,000 km of cable but BBNL has not laid more than 250 km,” says Satyen Gupta, Founder President of Association of Competitive Telecom Operators (ACTO).

The project has been beset with issues from the very beginning. Bureaucratic hurdles, has been the Achilles Heel of the project.

The previous government had approved `20,000 crore for executing the NOFN project in 2011 with the target of completing the project in 2012. Subsequently, this deadline was extended to December 2013 and then later to September 2015.

“Realistically speaking the project is unlikely to be completed before 2020,” says Satyen Gupta of ACTO. As yet tenders to purchase network equipment have not been finalized and the contracts for digging the cable have not been awarded. Operational issues and a lack of coordination between various agencies are the key reasons for the delay of the project.

“We are concerned by the pace of implementation of this project in the past two years and hope that the new administration will provide the requisite impetus for executing this on the ground. We do believe that focused attention to timely execution is essential and that periodic reviews must be done to ensure the corrective actions are taken well in advance to enable meeting the identified targets in time,” says Rajan Mathews, Director General, COAI.

There is another reason for the delay. There is a perception that the senior executives of the organization should be solely responsible for this project and not be involved in any other Government projects. This would definitely go a long way in efficient deployment of NOFN.

Another key reason for the delay is the wrong specification of the cable. “Armoured cable should be used instead of unarmoured cable which is being used now. Besides BSNL is digging 1.5 km for laying the cable, which is increasing the cost and time to deploy. Armoured cable is used by Railways and for that only 1 km of digging is required and rats are also unable to eat it,” explains Gupta.

Recently BBNL also hired an agency to execute a survey across the country to find out the health of fiber available on the ground. This would help them in finding about the real status of the fiber available and subsequent strategizing on the same. If the fiber is not of good quality the original budget of `20,000 crore might not be sufficient.

It is critically important that the project is executed while it is still relevant. It is feared that the constant delay of the project will reduce the relevance of the project and the telcos might start using some other technology (4G) or strategy to fill the gap.

Telcos yet to warm up!

A bigger problem for the project is the lukewarm response of the telcos. The Indian service providers have not shown any interest in availing the infrastructure. The main reason for that is while the project deploys backhaul it doesn’t take care of the access network. That needs to be done by the service provider. This involves huge cost for the telcos. It makes it unviable for them as they are not sure of the returns from the rural market. The Government can offer incentives to the telcos to start offering services in the rural sector.

“The main reason for non-interest of telcos is that the access network needs to be deployed by the party which wants to use it [telcos, for instance]. Access network is not funded by USOF in the project. This should have also got the backing of USOF,” says Gupta. It is for this reason that some believe that in the long run NOFN might just become a network only for Government purposes because telcos would need to invest a huge amount to deploy access network.

While the intentions behind the project are good, demand for these services needs to be generated, which might require further push from the Government. The entire ecosystem of devices and relevant content needs to be developed before the broadband connectivity starts to have any kind of impact in the rural sector.

The recent change at the center might be beneficial for the project. “We have got extremely positive response from the new Minister. He has shown a lot of interest and is extremely positive about this project,” says the BBNL executive. The new minister would obviously be hoping that the project is completed during his tenure but as of now it seems highly unlikely.

One hopes that the new Government will provide the much-needed impetus to NOFN to realize its broadband dreams.