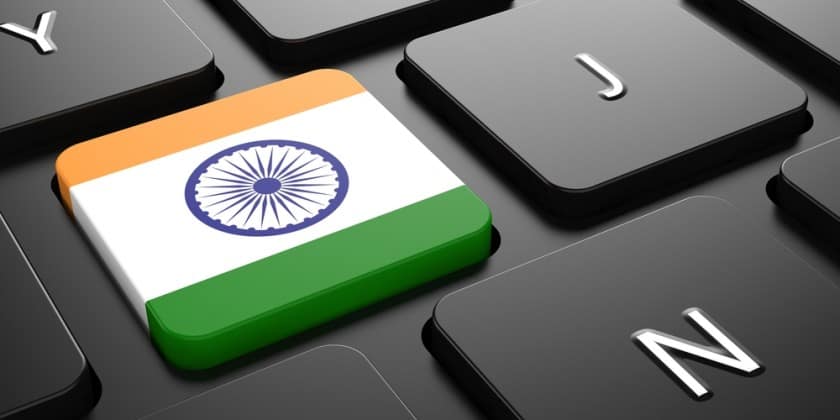 Despite steep growth in the number of internet users, India still has 670 million unconnected people. “Internet for All” should be the next big target. 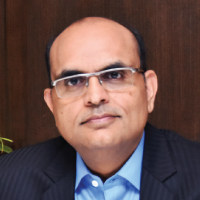 Yesterday’s news was consumed over a cup of tea in the morning, maps were still printed on paper, long-distance calls were made only to convey news of a wedding or a death in the family and cameras were what you took with you on a vacation. YOLO and FOMO were not yet words. If, you went to sleep around the time of the millennium bug and like Rip Van Winkle, have just woken up after twenty years, you are unlikely to recognize India.

Almost nothing has been left untouched by the internet. The way we learn, interact with people, buy rail tickets, decide our driving route, order food, watch movies, pay bills, shop, and even how we troll and insult people – everything has been transmogrified. The internet has transformed governance – empowering people with information. It has given wings to micro-entrepreneurs and start-ups with access to markets and financial services. It has also created scores of internet billionaires. And social media, the internet on steroids, has consumed almost everyone who is online.

Like with any other powerful tool, the internet too has its underbelly – it has given us deepfakes, cybercrime, and the dark web. It has caused the death of children obsessing over online games. It may have made the world a little more insular. It has most certainly led to mental health and self-esteem issues from the endless barrage of others’ happiness being chronicled on social media. Some have to resort to social media de-addiction and digital detox.

All things considered, the internet has been a godsend. And from the days of the long waiting periods for the status symbol called a phone which went dead every time it so much as drizzled, to being abreast of the world in telecom technology, we haven’t done badly. Depending on whose numbers you have greater faith in among Statista, AIMAI, and TRAI, there are between 500 and 700 million broadband subscribers in India.

The general agreement is that roughly one in two people in India have access to the internet. According to TRAI, by March 2020, over 670 million people had access to the internet – a phenomenal growth rate particularly over the last four years; over 40% annually compounded. At 11 GB per month, we are each consuming thrice as much data as the average American! Half of our internet users are now in rural India. 54% of India’s internet users are in the 20 to 39 age group. And there are more than 210 million women internet users in India.

In a familiar India versus Bharat story, while three in four urban Indians have access to the internet, only one in three have access in our villages.

That India now has the second-largest number of internet users in the world may be worth celebrating, but it only underscores the irony of having the highest number of the unconnected – 670 million people in India have no access. In a familiar India versus Bharat story, while three in four urban Indians have access to the internet, only one in three has access to it in our villages. Only one in three women has access. And the poor and the old have little or no access. The odds are heavily stacked against the poor, middle-aged, rural woman. Access is hugely skewed.

This is where a futuristic and timely programme of the previous Chhattisgarh Government deserves a mention. Realizing this obvious disadvantage that rural women in general faced, it decided to embark on a path of correction. As it studied data around access, affordability, and ownership, it was clear that another major cause of inequity in access was attributable to the low population density of India’s tribal hinterland. Bastar was unlikely to have access to a mobile network because the population density of the area is 64 (for perspective, India’s is 382, UP’s is 690 and West Bengal’s is 1,028).

Since the telecom service providers (TSP) measure profitability per tower, it was never going to be viable to bring the deep innards of central India into the mobile network. In what is an example of evidence-based policy design, Chhattisgarh came up with a brilliant intervention. It distributed 30 lakh entry-level 4G smartphones, along with a SIM each to the female heads of rural households. In return, it got the TSP to extend the network to unserved and underserved areas of the state at their own expense. In one bold stroke, they addressed the issues of access to the network, quality of service, and empowerment of women. The plight of the average rural Chhattisgarhi would have been much worse during the severe COVID-induced lockdown, had it not been for Sanchar Kranti Yojana.

Access to the internet is as fundamental to life today as access to electricity and water. Irrespective of the political dimensions, any step towards access facilitated by the government cannot be dole. Without state intervention, mobile and internet saturation in Chhattisgarh may have taken an estimated 30 years. By injecting a 10% increase in mobile broadband penetration, the government altered the internet penetration growth trajectory.

During the COVID nightmare, stranded migrant workers saw money appearing in their ravaged Jan Dhan Accounts, forms to travel home got filled online and DBT for various schemes are all miracles of the internet.

Access to the internet is as fundamental to life today as access to electricity and water. Any step towards access facilitated by the government cannot be dole.

Access to the internet as a driver of economic growth is an established fact. As per a December 2018 paper by Rajat Kathuria et al at the Indian Council for Research on International Economic Relations (ICRIER), a 10% increase in internet subscribers results in a 3.1% growth of a state’s GDP. This impact of a 10% increase in penetration was estimated at 1.1% in 2010 and 2.4% in 2016.

There is a scramble for taking internet broadband to the hard-to-reach corners of the pale blue dot. SpaceX, OneWeb, Iridium, LeoSat, and O3b are just some of the companies that plan to offer internet everywhere via satellites. There are also several non-satellite technologies that are attempting to occupy this space. Companies like Google, Facebook, and Airbus have interests in high-altitude balloons and solar-powered drones as a means of providing internet access to the last three billion. They could ensure availability, but affordability is another thing altogether. The state will continue to have a role in this fundamental service.

It took a pandemic for the digital divide to stare us in the face. We could no longer bury our heads in our 4G smartphones, watch the latest forwarded WhatsApp video and pretend that the most confounding questions of our times were whether IPL would happen this year and how the stock market would perform in the COVID aftermath. We cannot even begin to imagine what life would have been like if COVID had reared its ugly head even ten years ago instead of now – it would have been devastating.

‘WFH’ was not an understood abbreviation. It was what only some nerdy software developers could sometimes have the luxury of doing. But for many communities in remote areas of our country, particularly in central India and in the north-east, it was a painful experience to be telegraphically off the map while also being physically cut off during the lockdowns. It was akin to being deprived of a fundamental right.

Now, we still do not know when the children in our schools and colleges will go back to class. But we do know that the technology of today can alleviate the pain provided the digital divide is bridged. The Ministry of HRD had recently projected to the 15th Finance Commission that it would allocate Rs 60,000 crore over the next five years for buying four crore digital devices for higher education students. That is a step in the right direction but will fetch greater results if combined with a concerted strategy to bring the unserved nooks and crannies into the digital mainstream.

Digital parity can do more to empower our most vulnerable. Digital inequity will not just leave them further behind but possibly permanently marginalized.

It is no coincidence that these network dark spots have a high degree of overlap with the Fifth and Sixth Schedule areas, also a case of resource curse since these are our most mineral-rich lands. The low population density of these parts has not helped these tribal communities either. Digital parity can do more to empower our most vulnerable than anything else. Ironically, digital inequity will not just leave them further behind but possibly permanently marginalized. COVID-19 is an opportunity to leapfrog masquerading as a challenge.

The Universal Service Obligation Fund (USOF) was set up in 2002 with the objective of providing ‘non-discriminatory access to quality ICT services at affordable prices to people in rural and remote areas’. More urgent and vigorous implementation of its objectives and speedy utilization of the funds available to it will ensure that the communities in remote, hilly, and forested areas get on to the grid soon. Funded by USOF, BSNL erected 146 2G cell towers over three years in Chhattisgarh. Sanchar Kranti Yojana managed to get over 950 4G sites in rural Chhattisgarh in just under a year.

BharatNet’s objective is to take broadband to every Gram Panchayat. This is a little like the village electrification definition used in India earlier. To correct this, the Government’s Saubhagya scheme was launched in 2017, with the objective of ensuring last mile connectivity and electricity connections to not only all remaining unelectrified villages but to every household for achieving universal household electrification under which 2.6 crore households were covered in just two years. Now this Government is implementing Jal Jeevan Mission in a similar mission mode, providing water connections along with a tap inside the house to every household so they can live with dignity.

The next target needs to be universalization of the internet by launching a mission ‘Internet for All’. Sanchar Kranti Yojana was just one strategy. The approaches that work for different states may vary widely, but every government needs to examine how they can bring our poorer half into the digital mainstream. Faraday, Edison, and Tesla could have scarcely imagined that electricity would change the world the way it did.

We can no longer ignore those for whom data on tap is still a distant dream. It will have to be bijli, pani, and internet. Government spending on any strategy to fund internet infrastructure will serve the added purpose of spurring demand by driving private investment during these COVID times. It would be a shame to waste such a crisis.