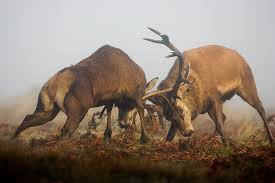 NEW DELHI: Whether it is acquiring stake in the satellite communications firm OneWeb or Bharti Airtel accusing Reliance Jio for hiring an ex-employee of the company, who was supposedly breaching confidentiality ethics of the company, Bharti is intent on retaining the No. 1 position in India market.

In the backdrop of formidable rival Reliance Jio flexing muscles to compete with the top telco of the country, by rolling out 4G services by December of 2015, Bharti Airtel is bracing up for the big fight.

Bharti Airtel buying stake in OneWeb and Augere Wireless indicates its preparedness to slug it out with Reliance Jio. The acquisition of both the companies will help it strengthen its 4G foothold and also fix its spectrum crunch issues.

The company has also tied up with handset brands Xiaomi and Samsung to offer 4G-enabled devices.

However, Bharti also drew flak when its zero rating platform, which was basically launched to woo customers, hit the eye of storm for breaching net neutrality. The scheme was all about an open marketing platform which allows customers to access mobile applications at zero data charges.

The company again hit the wrong notes when a Bengaluru-based programmer found that the company is compromising the privacy of its 3G users by inserting codes to study their browsing patterns.

All these events show Bharti Airtel’s preparation to retain its No. 1 position. After all, the gamechanger Reliance Monsoon Hungama of 2005 and its impact is all around us.

And it should be noted here that the country’s largest company by market capitalisation, Reliance Industries, has huge plans for its telecom arm, Reliance Jio, with investments entailing at over Rs 70,000 crore for 4G LTE rollout.

RIL in its recent annual general meeting announced the roadmap for 4G LTE, with plans to rolling out the 4G services by December, this year.

“Our roadmap is to have 100% national coverage within the next three years. Jio is the first 4G broadband wireless operator to achieve wireless coverage far in excess of the rollout obligation as per its license conditions,” Mukesh Ambani, Chairman, RIL, had said during the AGM.

Though the business scenario looks tough for Bharti still there are factors that can position Bharti in a sweet spot. “Bharti clearly has the lead among incumbent operators on 4G deployments and is probably best positioned to respond to the upcoming RJio launch,” a Credit Suisse report stated last month.

Currently, the company holds 4G airwaves in the 2300 MHz band in just eight of the 22 circles across the country. It had purchased airwaves in four circles in the 2010 auctions and later acquired San-Diego-based Qualcomm’s airwaves in another four circles, including Delhi and Mumbai. The stake in OneWeb would possibly help it to sort out the spectrum crunch.

At the same time, Reliance Jio has pan-India 2300MHz spectrum, with spectrum either in 800MHz or 1800MHz or both in 20 out of total 22 circles in the country.

Come December and it will be a battle to watch.

Here’s a list of Bharti’s chronology of different moves:

Also Read: What Mukesh Ambani said on the December 2015 rollout:

Posted by: Krishna Mukherjee
View more posts
Tags:4G LTE, Bharti Airtel, Reliance Jio
Bharti Airtel braces up for the big fight 0 out of 5 based on 0 ratings. 0 user reviews.
For the first time, Facebook has teamed up with a mobile browser: UC Web MD
Alcatel-Lucent blends cloud with consumption-based models