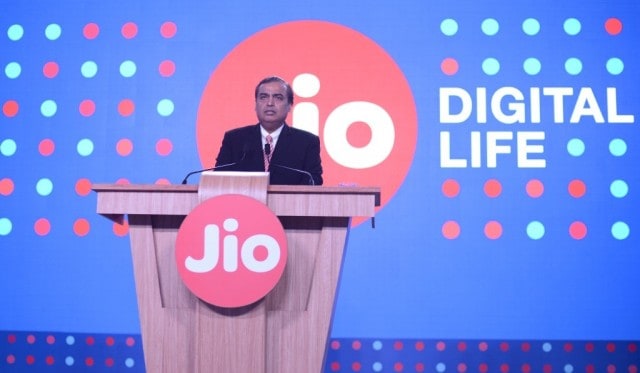 A Sanford C Bernstein & Co report has analyzed that Mukesh Ambani-led Reliance Jio Infocomm Ltd could become the country’s No 1 telecom operator by revenue in 2021 and on a subscriber basis by 2022.

By end of 2020-21, Jio would have clocked 34 percent revenue market share at the expense of Vodafone-Idea and Bharti Airtel’s whose share may decline to 31 percent and 30 percent, respectively.

By 2021-22, Jio would have 32 percent of the subscribers as the share of Vodafone-Idea would dip to 31 percent. Bharti Airtel would have a share of around 27 percent, it said.

The news release by Bernstein (sourced from PTI) has said that when the company in 2015 initiated coverage of the Indian telecommunications market, it analyzed Jio was destined to profoundly change the Indian telecom landscape.

“We expected ‘unlimited’ voice and ‘big buckets of data’ to put pressure on the market — forcing consolidation of the many smaller players. We even contemplated Jio could eventually surpass Idea Cellular to become the third largest operator in the country,” it said. “We never expected, nor did we think possible, that it could eventually become the leading operator in the market.”

No startup operator has managed such a feat anywhere — and certainly not in a market where penetration levels among the ‘middle classes’ were already high.

Bharti Airtel had survived extreme Darwinian competition to emerge a highly competitive market leader (in 2015), while Vodafone has the backing of a global giant. Idea was placed No 3. Vodafone and Idea merged this year to become the biggest operator.

“Having observed the evolution of mobile markets globally for over 20 years, our ‘expert’ opinion was that reaching number one would be impossible. Our long-term forecasts have similarly mirrored this view,” Bernstein analysts Chris Lane and Samuel Chen wrote in the report.

The report said an update of long-term forecasts is now being published, which for the first time, shows Jio reaching the number one position.

“Given the current rate of ongoing customer acquisition, we think Jio could reach the leading position on a revenue basis by 2021 and on a subscriber basis by 2022,” Bernstein said. “We are now convinced Jio’s relentless subsidy of JioPhones will continue until this goal is realized.”

Industry-leading rivals Bharti Airtel Ltd and Vodafone Idea Ltd lack the “stomach” to battle Jio, which is luring away users with free voice services and inexpensive phones. “Instead we believe they have accepted their fate, and are looking forward to a time when Jio, having achieved a leading position, starts to monetize their base through higher pricing,” it said.

Jio, the report said, will continue to add significant customer numbers as they continue to subsidize their JioPhones. Jio has consistently been adding 6 to 10 million new active customers per month. “While not specifically disclosed, our understanding is that most of these additions are due to customers taking a highly subsidized JioPhone.”

Both Bharti and Vodafone management have indicated they do not believe in handset subsidies for pre-paid users.

“We concur, but if left unchallenged we believe Jio could reach the leading revenue market share position by 2021 and by subscribers by 2022. We now expect Jio to reach 28 percent revenue market share and 26 percent subscriber share by the end of this financial year (March 2019) as we expect both Bharti and Vodafone to not respond directly,” it said.

Jio’s entry into the telecom sector triggered a price war and consolidation in one of the world’s most crowded mobile markets. Its free introductory nationwide 4G wireless service started in 2016, instantly roiling the world’s largest telecommunications sector after China’s.

Jio has a substantially high percentage of users that recharge online for themselves, as well…