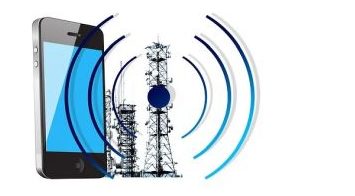 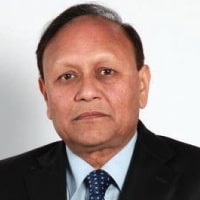 I was leaving the West Bengal Chief Minister’s office. All through the ride, until getting out of my car, my mind kept humming on how to get to that golden date. It was not an easy project – ambitious, historic, and heavy with all its complexities.

This was a mundane day many decades back. Only then it was not. It was the precursor of history about to be made.

Back then, I was the CEO of Modi Telstra (later branded as Spice) and part of the BK Modi group. In mid-1994, I along with Dr. BK Modi, who was the chairman of the erstwhile Modi Telstra, went to meet the West Bengal Chief Minister Jyoti Basu. This turned out to be more than a courtesy meeting. In fact, at the end of the conversation, Basu asserted that Calcutta should be the first city in India to have a mobile telephony network. The ever-optimistic and firm Modi also etched an exact date as a commitment: 31 July 1995.

It was a question of meeting professional commitment, especially as we did not exactly have any equipment partner at that time. We flew all the way to Australia to explore possibilities with our joint-venture partner Telstra to help us to find a suitable technology partner.

We needed strong expertise to roll out such a network – this need brought us to Nokia Australia. The company was equipped with cutting-edge technology but was, initially, reluctant, thanks to the looming-short timeline. However, with some convincing and detailed-planning, we got them rolling. By the time we hopped on the same flight back to India, we were more hopeful and confident than before. The bids were finalized in February 1995. And in a span of nine months, the network was in place – Kudos to Nokia.

This network was compliant with all the apt license requirements. We commenced with 11 BTS sites in the prime locations of the central business district of Kolkata, with the blueprint of catering to one million subscribers. Can you imagine the network cost back then? It was USD 500 per subscriber. Today, it would cost 10% of that! As to the mobile call charges, peak rates easily hit Rs 16.80 per minute.

The deadline? Well, we met it, despite all the teething troubles. The state government showed remarkable support at the top level but down the line, bureaucracy and technical snags were still prevalent. But it was the spirit that established India’s first mobile network. That very spirit became the foundation of the telecom industry.

It is hard to forget the sound of that first ring on the day when CM Basu made the first mobile call in India to the Union Communications Minister Sukh Ram. In many ways, 31 July 1995 marked a big page in the history of India. Made in a plush room, at the Grand Hotel in Kolkata, the call can be heard loud and clear even after so many years. Those first two ‘hellos’ at both ends went down in history as a milestone.

Look how far we have come. Today, the role of the mobile ecosystem is even more pivotal when we navigate the pandemic outbreak. Digital India and Aatmanirbhar Bharat are now shining with splendid ambition and progress. There is more history to be made, so let’s keep on marching.

Posted by: VoicenData Bureau
View more posts
The bell that has been echoing since 1995 0 out of 5 based on 0 ratings. 0 user reviews.
Beyond the revolutionary journey
Sharing infrastructure for growth