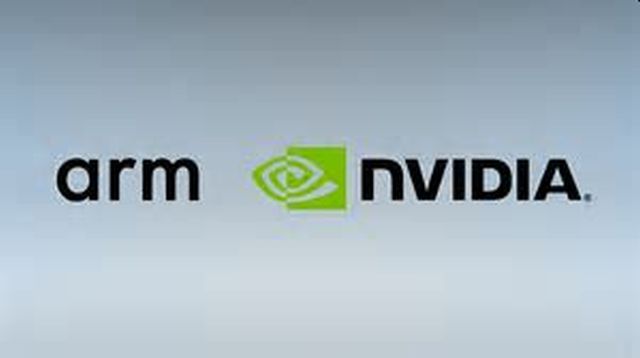 AI is the most powerful technology force of our time. Learning from data, AI supercomputers can write software no human can. Amazingly, AI software can perceive its environment, infer the best plan, and act intelligently.

This new form of software will expand computing to every corner of the globe. Someday, trillions of computers running AI will create a new internet — the internet-of-things — thousands of times bigger than today’s internet-of-people, believes NVIDIA Founder and CEO Jensen Huang.

…Thirty years ago, a visionary team of computer scientists in Cambridge, U.K., invented a new CPU architecture optimized for energy-efficiency and a licensing business model that enables broad adoption. Engineers designed Arm CPUs into everything from smartphones and PCs to cloud data centers and supercomputers. An astounding 180 billion computers have been built with Arm — 22 billion, last year alone. Arm has become the most popular CPU in the world… says NVIDIA’s Founder Jensen Huang, in a letter that he wrote to his company’s employees announcing the signing of a definitive agreement to purchase Arm.

It was Simon Segars, its CEO, and the people of Arm, who have built a great company that has shaped the computer industry and nearly every technology market in the world.

So NVIDIA has joined arms with Arm to create a computing company for the age of AI. And it is believed that NVIDIA is paying SoftBank $40 billion for this British chip designer.

It was also known that the plan post-acquisition is to unite NVIDIA’s AI computing with the vast reach of Arm’s CPU to engage the giant AI opportunity ahead and advance computing from the cloud, smartphones, PCs, self-driving cars, robotics, 5G, and IoT.

Arm’s business model is brilliant. We will maintain its open-licensing model and customer neutrality, serving customers in any industry, across the world, and further expand Arm’s IP licensing portfolio with NVIDIA’s world-leading GPU and AI technology,” revealed Huang.

Arm’s headquarter will remain in Cambridge and continue to be a cornerstone of the U.K. technology ecosystem. NVIDIA will retain the name and strong brand identity of Arm.

“Arm gives us the critical mass to invest in the U.K. We will build a world-class AI research center in Cambridge — the university town of Isaac Newton and Alan Turing, for whom NVIDIA’s Turing GPUs and Isaac robotics platform were named. This NVIDIA research center will be the home of a state-of-the-art AI supercomputer powered by Arm CPUs. The computing infrastructure will be a major attraction for scientists from around the world doing groundbreaking research in healthcare, life sciences, robotics, self-driving cars, and other fields. This center will serve as our European hub to collaborate with universities, industrial partners, and startups. It will also be the NVIDIA Deep Learning Institute for Europe, where we teach the methods of applying this marvelous AI technology,” envisions Huang.

The center in Cambridge will include:

Dell Technologies and NVIDIA have built their relationship to bring smarter GPU acceleration platforms, as…

NVIDIA is buying Mellanox for $6.9 billion to be an authority in high performance computing