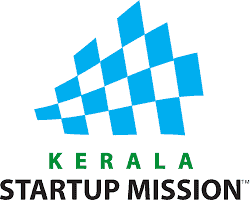 Unity Technologies, Kochi-based creator of real-time 3D development platform, has revealed that it has recorded 34 billion downloads per year, approximately accounting to 53 downloads per second.

Unity announced this at Unite India 2019, its third edition of a two-day annual developer conference held in collaboration with the Government of Kerala. The conference witnessed more than 1100 delegates on day 1 with sessions spread across gaming, industrial & AEC, education film and animation by Unity and its partners.

Unity, being one of the global leaders in game engine is being leveraged in all industries, particularly in education, film and automotive. As part of the keynote address, Andrew Bowell, Vice President, Product said, “India is one of the early adopters of MR technologies which makes India a special market for us. Unity being one of the enablers of real-time 3D, we have been able to witness complex products ranging from cars to airplanes to skyscrapers being designed, built and sold with the help of RT3D simulations. We are in the midst of a technological revolution being driven by a new generation of engineers, designers and consumers and our partners like Kerala Startup Mission, AutoDesk, MSI, Tech Mahindra, CHRP, HunchCricle, Toonz Animation and more are developing innovative products and helping entrepreneurs and creators.”

During the event, Unity announced the winners of one-of-its-kind Unity Hackathon 2019, a virtual hackathon for Unity developers to bring their vision to life and to #MakewithUnity. The hackathon was won by team December Archer for developing a game named ‘A swift heist in time’ followed by first runner up and second runner up team Zawarudo and team Nerdz respectively. The hackathon was launched in partnership with Skillenza with the aim of solving the hiring challenge for companies that are looking to hire Unity employees.

Jessica Lindl, VP and Global Head of Education, Unity Technologies commented in the keynote address, “Unity has always been committed to skill-building and community along with democratizing game development by providing the best hands-on support for the creative ecosystem. To continue with this mission of creating a skilled developer community, Unity is very proud to channel its efforts towards training the creative minds of the nation through valuable partnerships with enterprises, academia and state governments for various Center of Excellences.

Through multiple keynotes and sessions, Unite India provided a platform for the developers to showcase their Made-with-Unity innovations throwing a strong emphasis on how leveraging mixed reality technologies, Machine Learning, AR, VR, XR can revolutionize almost every sector and industry.