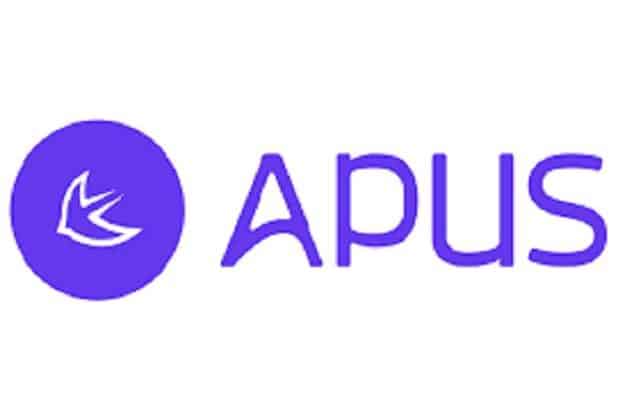 APUS is a Mobile Internet technology company from Beijing, China, founded in June 2014. The APUS system is an enhanced version of user system for Android smartphones, aiming to provide the fastest and most convenient access to the Internet, supporting over 25 international languages.

In August 2015, APUS was enrolled in the list of the $ 1 Billion Dollar Club of venture companies by Wall Street Journal, to be the world’s youngest Unicorn company. Since 2016, APU has been listed as “China Unicorn Company” for two consecutive years.

Till 2017, APUS accumulated over 1.2 billion global users in 200+ countries and regions, 69% of whom covering 65 “Belt and Road” countries. APUS has been committed to actively promoting the global spread of Chinese influence. 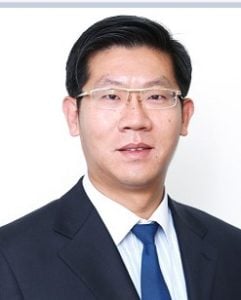 V&D: Elaborate on APUS’ story—how it rose from a virtually unknown entity to having one billion installs in three years.

Liu Jun: APUS is the shorthand for A Perfect User System. It was founded in July 2014 and is now exactly five years old. Since its inception, APUS has been committed to bridging the digital gap, enabling more people to stay connected and get introduced to all the latest technologies. We also believe in being a channel that helps impart knowledge and change destiny at ‘zero’ cost, to ensure that more people can lead better lives.

From the beginning, we have been aiming to provide a smaller, faster and simpler product for users. We hope to replace the original Android system with the APUS system to improve the users’ experience in the aspects of power-saving, security protection, etc.

Besides, the APUS system strengthens the function of accessing the Internet. It integrates the browser, news centre, app market, games centre and search engine, all into one system, providing a one-stop solution for users to access the Internet.

Based on the user demand, the APUS user system has evolved very fast and developed over the past five years. Now, APUS has over 1.4 billion global users.

V&D: What is APUS’ focus on the Internet go-global strategy? How successful has it been so far?

Liu Jun: Currently, we provide Internet-access services to help users surf the Internet, search and browse, download apps and watch the news, etc. We will build an ecosystem based on these users and bring more content, including music, video, books and other resources to local users.

We will also establish co-operation with local partners in daily services, e-commerce and financial services, etc., and bring the services to our users through the APUS platform. With our leading products, technologies and capital, we hope to help build local ecosystems. We could provide local users with deeper value-added services, such as content, daily services and e-commerce.

By June 2018, APUS accumulated over 1.4 billion users from over 200 countries and regions, with over 25 supported international languages. It has been hailed by the Wall Street Journal and The New York Times as the fastest-growing mobile Internet company in the world, growing faster than Google and Facebook.

APUS not only has a huge lead in products, technology and business models, but also has made breakthroughs in high technology, such as big data and cloud services, and established its own data centres in Asia, Europe and America.

V&D: What are APUS’ plans for the India market? How will an emerging market like India take to APUS?

Liu Jun: We will continue to expand in India because a large number of people have no access to the Internet, which is a huge incremental market. We will focus on Indian localisation to build an ecosystem for local users.

In 2018, when providing the ecosystem services for the users, we felt the need to improve localisation, which means a better understanding of politics, culture, religion and economy. In the process, APUS is not only developing products, technology and business models, but also promoting local Internet development in various countries, including India, by providing advanced technology and capital.

In 2015, APUS set up a branch in India, hoping to integrate more closely with the Indian market. On the one hand, we hope that our products can quickly find popularity in India and we expect to establish APUS’ brand through products and local offices. We set up our R&D centre in India, aiming at helping a large number of computer talents to provide better services to local users through their creativity.

V&D: What is your development strategy? How are you establishing partnerships with local content and service app developers?

Liu Jun: The Internet industry in India is the largest reserved market with an enormous development space. Indian users’ cultural attributes of social entertainment create opportunities for Indian Internet in the content and entertainment field.

As per the KPMG Media and Entertainment Report 2018, the industry inched closer to the Rs. 1,500-billion mark in 2017-18 (FY18). Thanks to a rapidly growing digital user base, the industry clocked a growth of 10.9 per cent in FY18, reaching Rs. 1,436 billion, which had a positive impact on demand across sectors like films, digital advertising, animation and VFX, gaming and music.

APUS has collaborated with content service providers, such as InMobi—India’s largest, and the world’s third-largest mobile advertising technology company, and Hotstar—the largest online video platform in India— to provide content recommendations for the users in India.

Liu Jun: First, APUS will continue to expand globally to provide Internet access services to emerging market users. APUS System is the enhanced version of Android system, with the added function of providing users with access to the Internet. With the development of the African economy and Internet technology, many countries in this region have become the emerging market of APUS.

The second strategy is the construction of APUS ecosystem. APUS builds a traffic entrance platform through the APUS system to support its international partners in the fields of music, games, news, video, e-commerce and O2O, through co-operation and investment.

In the future, the APUS system will also include e-commerce, entertainment, lifestyle and financial services, to create a global ecosystem layout for APUS.

The third strategy is APUS’ big data platform. Based on our data and data computing capabilities, APUS has independently developed and built the APUS AI. We implement accurate portraits and identify application scenarios for users adhering to data privacy regulations. We provide users with a variety of product services and content information to enhance the user experience and improve user loyalty.

The fourth strategy is the APUS cloud service platform, which is based on global network services to provide cloud storage and cloud computing capabilities. It is aimed at facilitating other Internet companies from China or local markets to conduct their business in these regions.

V&D: How are you making use of innovative technologies, including AI and big data?

Liu Jun: AI technology is embedded in many products of APUS, such as the browser, in which we provide customisation for users through AI. It analyses user preferences to recommend the information and services users need.

We also use AI to obtain user profiles in different regions to avoid cultural taboos caused by religious and cultural differences. Taking the Middle East as an example, APUS launches customised news feeds for Muslim users to meet local cultural, religious and other needs.

A popular AI cutout application—CUTCUT in APUS, has the most mature face recognition and cut out technology, with the accurate positioning of features, outlines and cuts out images automatically. CUTCUT is popular in India and ranked second in the Indian market in the category of photo-taking, since its debut, according to Google Play.

V&D: What is the OS/structure and the foundation of APUS.

Liu Jun: APUS system is an enhanced version of the user system for Android smartphones, designed to provide the most convenient access to the Internet and solve some problems, such as phone crashes, large memory and slow running speed.

V&D: Elaborate on the APUS cloud. What is the road ahead?

Liu Jun: To ensure global customer service, APUS has established APUS Cloud based on the cutting-edge technology of ‘Cloud Cluster’. It involves the seamless switching and smooth expansion among APUS Cloud, Google Cloud and AWS. Since APUS Cloud has adopted the technology of container, it has helped reduce the operation cost by 50% and build a solid infrastructure for global partners.

In future, we hope that APUS Cloud can provide cloud infrastructure for more start-ups, ensure the data and content of enterprises, reduce operating costs and jointly establish a mobile Internet ecosystem for global users.