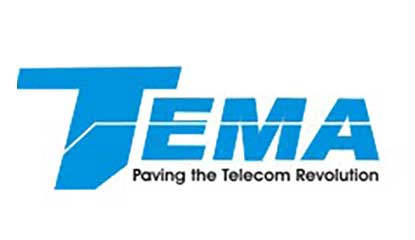 TEMA announced that TEMA Council on Industrial Policy shall be lead by Shri Ajay Shankar , Former Secretary, GOI, as Chairman.

Ajay Shankar retired as Secretary Department of Industrial Policy and Promotion (DIPP). He also served National Manufacturing Competitiveness Council (NMCC) as Member Secretary for three years. He was the Chairman of the National Productivity Council and of the Quality Council of India and gave greater momentum to their activities. He initiated the setting up of Invest India.

TEMA has taken many initiatives for supporting the Industrial development of India since 1990 and is promoting Make in India and Digital Economy policies of the Govt. There is need for a coherent Industrial Policy to speed up domestic manufacturing, especially in telecom and ICT sectors. The leadership of Ajay Shankar, TEMA intends to take this forward.

Ravi Sharma, Chairman, TEMA, said: “With the new focus of AatmNirbhar Bharat and the Government’s priority for Make in India , the country urgently needs a new industrial manufacturing policy for the technology sector. With the encouraging policy, India will not only save the foreign exchange of imports but would also generate wide spread employment opportunities. National Security and Make in India go hand in hand. TEMA is confident that the technology manufacturing sector will get a progressive and encouraging industrial policy from the Government under the leadership of Ajay Shankar.”

Ajay Shankar said: “I am happy to lead TEMA Council of Industrial Policy and we shall suggest a good strategy for taking India to the next level in technology equipment manufacturing . India needs to craft a strategy on how to reverse the lockdown-induced severe industrial slowdown. We need new policy instruments that steer market forces to deliver desired outcomes of creating jobs and achieving self-reliance in our open market economy. Understanding global as well as our own experiences would be of help in designing the right approaches.”

Ajay Shankar played a crucial role in putting together the stimulus packages at the time of the global economic crisis of 2008, which enabled the Indian economy to recover in a short time and again grow at over 8%. The plan for the ambitious Delhi-Mumbai Industrial Corridor Project was developed under his stewardship. The FDI policy was further liberalized and rationalized. During his tenure in NMCC, he provided useful inputs to Government for National Skill Mission, facilitating start-ups, reform of labour laws, and reducing the regulatory burden on enterprises.

Earlier, Ajay Shankar served as Joint Secretary, and then, Additional Secretary in the Ministry of Power, CEO Greater NOIDA Industrial Development Authority, Secretary to Lt. Governor of Delhi for about five years, and also, Principal Adviser in Planning Commission.

The experiences of Korea, followed by China, both of whom emulated Japan’s post-War recovery strategy, are relevant as they are the leading industrial powers. Korea supported its national conglomerates by keeping its domestic market initially closed for both imports of finished goods and investments. This meant easy import of capital goods and technology tie-ups, and minimal imports of finished goods such as cars and consumer appliances.

Posted by: VoicenData Bureau
View more posts
Tags:TEMA
Ajay Shankar, former secretary, DIPP, new chairman of TEMA Council on Industrial Policy 0 out of 5 based on 0 ratings. 0 user reviews.
The National Digital Health Mission lays a solid foundation but calls for best data security laws
What must India do to offer a progressive Internet-as-an-essential-service in the coming 25 years?

TEMA has recently announced that R Chandrashekhar, Former Secretary, Department of Telecommunication and Department of…

TEC – the technical arm of the Department of Telecom, which is responsible for making…