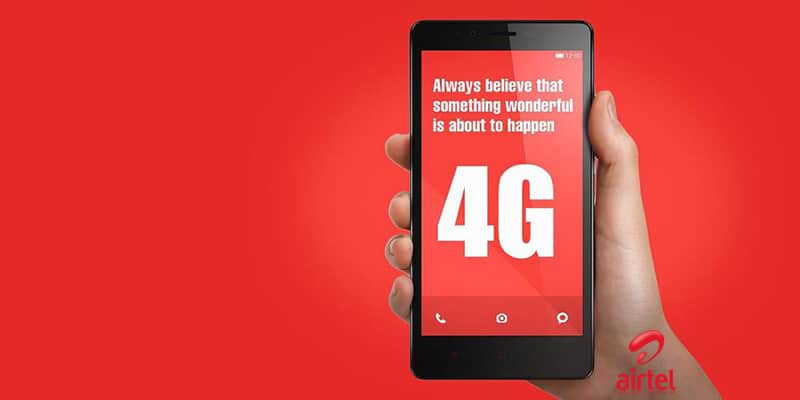 NEW DELHI: India’s top telecom service provider Bharti Airtel has  announced that its high speed 4G services are now present in 40 towns in the states of Andhra Pradesh and Telangana.

Now, customers across these states can experience high speed wireless broadband on Airtel 4G and get on to the digital superhighway to enjoy uninterrupted HD video streaming, superfast uploading and downloading of movies, music and images.

Airtel 4G is available to customers across a range of smart devices including mobile phones, dongles, 4G hotspots and Wi-Fi dongles.

Venkatesh Vijayraghavan, Chief Executive Officer, Andhra Pradesh & Telangana, Bharti Airtel Ltd said, “We launched Airtel’s first 4G Network in Hyderabad last May and in just 10 months our 4G presence has spread to 40 major towns in both the states. As customers show an increasing propensity for consuming data services, we at Airtel are excited to take the lead in introducing the market to the power of blazing 4G speeds. We recently launched “Project Leap”, our national network transformation drive, and look forward to augmenting our 4G presence in these states and deliver a compelling network experience for our customers now and in years to come”.

Earlier in November 2015, Airtel launched its Rs. 60,000 crore network transformation and expansion program ‘Project Leap’ aimed at perceptibly improving network quality and delivering the best customer experience. It also launched a special website www.airtel.in/leap that allows customers to know everything they want to know on how Project Leap, is progressing in their respective localities.

Airtel 4G services are presently available for customers in Hyderabad, Vizag, Vijayawada, Tirupathi, Kurnool, Chittor, Warangal, Karimnagar, Mahbubnagar, Khammam, Nizamabad, Nalgonda, Ramagundam and Sircilla to name a few. To get started on Airtel 4G, customers can walk into their nearest Airtel Store and switch to a 4G SIM.