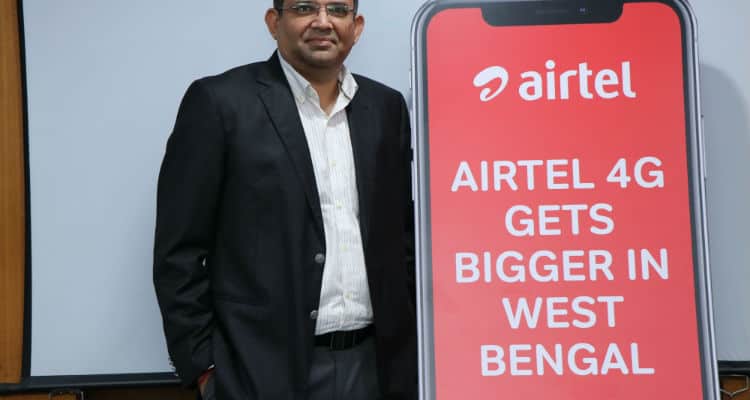 Bharti Airtel has announced that it will make significant investments to expand its high speed network footprint across West Bengal as part of its network transformation initiative – Project Leap.

During FY18-19, Airtel plans to rollout 10,000 new mobile sites across West Bengal to significantly boost network capacity for high speed data and voice services. The roll-out would translate to the addition of one new mobile site per hour to Airtel’s future-ready network in West Bengal.

Airtel will set up Pre-5G Massive MIMO technology in Kolkata to offer a superior high speed data experience to customers. Massive MIMO technology, which will be deployed at major business hubs and residential locations in the city, will expand network capacity by 5-7 times over the same spectrum, and delivers superfast data speeds despite large number of concurrent users at the same location. Airtel had recently deployed the solution at Eden Gardens during the IPL 2018 and received extremely positive customer feedback.

Sameer Anjaria, Chief Executive Officer – West Bengal & Odisha, Bharti Airtel Ltd, said: “As part of our endeavor to build a future ready network to deliver best-in-class experience to our customers, we are stepping up our network investments across West Bengal. Airtel has pioneered the rollout of Massive MIMO in India and we will now undertake wide scale deployments of the cutting-edge technology in key business and residential hubs across Kolkata. This will truly add to the smartphone experience for Airtel customers.”

Airtel is already witnessing a steady surge in its VoLTE traffic in Kolkata on the back of the availability of a seamless 4G network with fallback capability. With the fast growing availability of more Airtel VoLTE compatible handsets, more customers will be able to enjoy HD voice quality, faster call set up with Airtel VoLTE.

In one of the fastest uptake of new network technology in India, Airtel Wi-Fi Calling has…