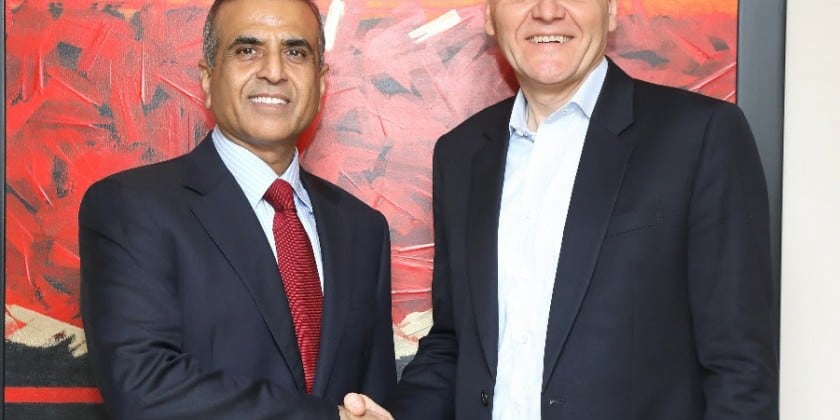 According to the agreement, Bharti will acquire Telenor India’s operations in seven circles, including the transfer of all assets (including spectrum) and customers. The transaction is subject to regulatory approvals and expected to take 12 months to close.

Pro forma for the acquisition, Bharti’s mobile services subscriber base in India would increase by approximately 44 million to 310 million to give around 26% total customer market share, while Bharti’s revenues would increase around 5% for the 12 months ended 31 December 2016.

“It’s a non-cash deal and although Bharti will take over outstanding spectrum payments and other operational contracts, including tower leases, we do not expect it will have a material impact on the company’s consolidated leverage. Bharti’s adjusted consolidated debt/EBITDA (including deferred spectrum liabilities) was 3.3x as of December 2016,” added DiChiara, also Moody’s lead analyst for Bharti.

“Although we believe Jio’s recently announced tariff plan (beginning 1 April 2017) will improve industry-wide average revenue per user over the longer term, we still expect intense price competition to persist over the next few quarters, as incumbents such as Bharti, Vodafone India (unrated) and Idea Cellular respond in efforts to protect their subscriber market shares,” added Di Chiara.

“As a result, we expect that Bharti’s profitability will remain under pressure. However, cash proceeds from monetization activities — including divestments in subsidiaries such as Bharti Infratel (unrated) — will help reduce debt on an absolute and relative basis, such that adjusted debt/EBITDA trends towards 3.0x by June 2017, providing cushion to absorb shocks in profitability,” she said.

“Any delay in expected deleveraging will put negative pressure on the rating. Downward pressure could also arise if competition intensifies further in any of its key markets, but particularly for the Indian wireless business, such that its key operations and/or subsidiaries report materially declining margins,” added DiChiara.

“We would seek evidence of this trend with consolidated debt/EBITDA remaining at or above 3.25x; consolidated retained cash flow to adjusted debt remaining below 20%; or adjusted EBITDA margins falling below 35%. Furthermore, any unexpected adverse regulatory developments in any of Bharti’s key markets will also be negative for the rating,” she added.

“We would also view negatively any event risk associated with a sizeable debt financed acquisition or other corporate activity that negatively impacts the company’s existing or targeted leverage ratios,” saidDi Chiara.

The principal methodology used in these ratings was Telecommunications Service Providers published in January 2017. Please see the Rating Methodologies page on www.moodys.com for a copy of this methodology.

Founded in 1994, Bharti Airtel Ltd. is the third-largest operator globally based on total number of subscribers. As of December 2016, it had more than 365 million customers across operations in 18 countries across South Asia and Africa. Bharti listed on the Bombay Stock Exchange and National Stock Exchange in 2002.