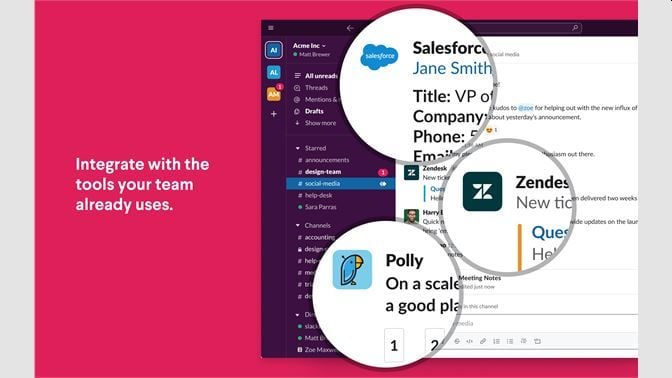 In what could be a deal worth tens of billions of dollars, cloud computing giant Salesforce is rumoured to buy Slack from Microsoft.

Analysts in the USA say Slack being purchased by Salesforce could help it compete more with Microsoft.

A Dow Jones report states that Salesforce has been in talks with Slack and that a potential deal would likely value Slack at more than its current market capitalization of $17 billion.

The talks appear to be in early stages and are subject to change or fall through entirely.

It is known that Salesforce was one of Slack’s earliest integration partners, and the two companies have expanded and tightened their partnership over the last few years.

In October 2019, the two companies announced the Salesforce for Slack app, which allows sales and services professionals to more easily access and share information from Salesforce applications in Slack.

The report of the deal discussions arrived as Microsoft Teams, which was introduced four years after Slack launched in 2013, is becoming increasingly prominent in workplaces. Last month, Microsoft CEO Satya Nadella said the application had reached 115 million users, a 53 percent increase from April.

Salesforce and Siemens have teamed up to co-deliver on their expertise to make workplaces safer.…