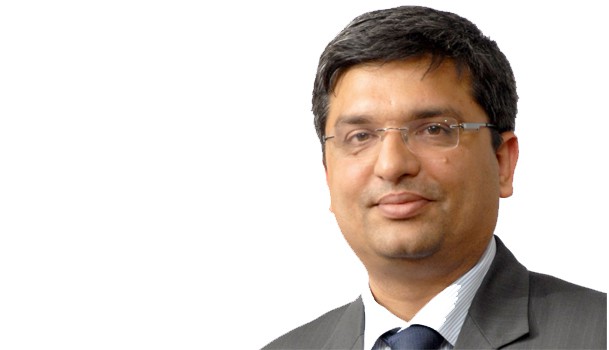 Loaded with the potential to transform the world, 5G is a ray of hope for the telecom industry reeling under revenue losses. Voice&Data’s “5G – For a Really Smart World” conference( to be held on September 26, 2018 at The Lalit in New Delhi) is an initiative to ensure its success by bringing the key stakeholders face to face with service providers  for understanding, adopting, and leveraging 5G and all else that it promises to bring to the table.

Ahead of this big event, Dr. Rishi Mohan Bhatnagar, President, Aeris Communications India Pvt. Ltd., shares his views on the 5G commercial roll out and new revenue streams in an interaction with Voice&Data.

Voice&Data: What are your offerings for Indian Telco’s as they plan to deploy and start test-beds for 5G deployment?

Dr. Rishi Mohan Bhatnagar: For an IoT solution, connectivity is the backbone. With voice and data services ARPU going southwards, many telcos unsatisfied with a SIM-only business started paying attention to IoT for new revenue streams. In fact, ‘Connecting everything’ is a natural extension of their core business of ‘connecting people’. 5G is expected to be formally standardized and commercially deployed by 2020. The ITU plans to endorse IMT-2020 technology (5G) in late 2019, while new radio spectrum for 5G is likely to be allocated at the World Radiocommunications Conference (WRC-19) in the same year.

India too plans to roll out state-of-the-art 5G telecom services with the rest of the world. Statements from senior government officials highlight that complete roll-out of 5G will be done by 2020 not driven by supply, but, driven by demand. The high-speed and low latency service will help Prime Minister Narendra Modi’s Digital India plan, which seeks to broaden Internet access, and the Smart Cities initiative. 5G will allow Indian telcos to implement the wireless fiber that will help them address the last-mile connectivity challenge in the country. India’s telecom authority is preparing for an airwave spectrum auction to push for the adoption of 5G technology in the country.

Aeris, headquartered in the Silicon Valley, USA has been a technology innovator in IoT for more than 20 years. We have more than 50 patents for the development of software systems optimized for delivering machine-to-machine communications services and deliver comprehensive IoT / M2M services to leading brands around the world. Aeris saw growing curiosity for IoT in the Asian region and started its operations in 2016 in India.

We are an integrated IoT platform solutions and services provider with a complete stack of technology from an online management portal to an application enablement platform as well as verticalised IoT solutions. More than 12.5 million devices are connected on Aeris integrated IoT platform which handles 1.5+ billion IoT messages per day. Telcos and enterprises trust Aeris as an IoT partner for improving their business dramatically by increasing operational efficiency, reducing time-to-market, controlling costs, and enabling new revenue streams.

Voice&Data: How ready and steady is the 5G technology – for networks as well as for devices and handsets?

Dr. Rishi Mohan Bhatnagar: Traditionally, India has been a consumer of technology and a laggard in adoption, especially when it comes to the network—2G arrived in India a decade later after the rest of the world deployed it. 3G took even longer—almost 15 years later. However, we now trying to catch up fast—4G came in five years and India is already gearing up for 5G. However, 5G requires advanced telecom networks and towers, phones with 5G chipsets and uninterrupted power supply.

The good news is that the Indian Government is serious about the early deployment of 5G in the country for achieving a globally—competitive product development and manufacturing ecosystem targeting 50% of India’s market and 10% of global market over 5-7 years.

For an accelerated 5G adoption, it is crucial to have the availability of device ecosystem and innovative pricing models for the price sensitive Indian consumers. The devices have to be made available affordable for citizens living in rural areas, not just the metros and town dwellers. Make in India will play an important role in manufacturing the 5G devices, which are interoperable. The 100 Smart Cities Mission is one of the biggest use case of 5G and will give further push 5G adoption at the national level. The network technology part is very easy and it can be roll-out, given the spectrum is available. The Indian government has earmarked 5G airwaves in the 3300-3400 MHz and 3400-3600 MHz bands for the next spectrum auction and has sought pricing recommendations from the telecom regulator.The government has allocated a fund of Rs 500 crore for 5G R&D and development of the technology along with the creation of a high-level committee to work on a roadmap for the roll-out of 5G by 2020. These steps will go a long way in ushering in the 5G era in India.

Voice&Data: Is moving to 5G going to be a big ticket investment for the Telcos?

Dr. Rishi Mohan Bhatnagar: Building standalone 5G network requires more spending, so the risks associated with them are greater than the risks associated with non-standalone networks. The “active antennas” that come with 5G technology are likely to be very expensive and investments in mobile edge computing to support lower latency services could also be substantial. To improve transmission, telcos must undertake large-scale fiberization efforts. In addition to helping networks meet capacity and latency requirements for 5G, fiberization is essential to support small-cell deployment in urban areas.

However, the cost can be contained with non-standalone 5G where the technology is built into existing networks. With necessary upgrades telcos could offer non-standalone 5G service without having to invest heavily, since much of the infrastructure already exists. That is similar to how telcos run current 4G services alongside their older networks.The growing software “upgradeability” of today’s network technologies could make the transition from 4G to 5G much more economical than previous hardware-based overhauls. Around the world, demand for mobile data transmissions has been growing as much as 40% per year, forcing telcos to constantly create new cells. With 5G cells taking up some of that demand, operators won’t need to build as many new 4G cells, which will also help them keep a lid on capital spending.

With its gigabit speeds, millisecond latencies, ultraprecise locations, power-efficient radios and extended battery lives on devices, 5G promises to unlock a raft of innovation that spans the entire Internet of Things, including intelligent factories and smart homes. With the combination of 5G and digital transformations, telcos would be able to slash their capex-to-revenue ratio from about 15% to under 10% within five years. Early adopter telcos will justify their investment in 5G for the competitive advantage it provides.

Voice&Data: What new revenue streams and additional ARPUs do you think 5G will create for Telco’s?

Dr. Rishi Mohan Bhatnagar: 5G network is estimated to create a USD 27 billion worth revenue opportunity for Indian telcos by 2026, as per Ericsson 5G Business Potential Report. And this is not farfetched. India is a big country and is evolving very fast with data traffic expected to increase five times by 2023. There are more than 1 billion people in India but only 300 million are using mobile broadband service, which means tremendous opportunity for growth.

In the consumer space, the majority of 5G connections will be users upgrading from 4G connections and will initially carry a premium over Average Revenue per Connection. Early adopters will be ‘top end’ high networth individual users. In the early years, the actual numbers of connected subscribers will be very low. This indicates that there would be no increase in the number of the active SIMs arising from the introduction of 5G networks immediately.

However, the volumes will come from enterprises using 5G networks for healthcare sector monitoring, automotive sector, IoT, smart city projects, AR / VR, smart security, 5G mobile Internet, and more. IoT is a game of volumes, revenue from one IoT SIM card accounts for just 10 percent of the revenue a single consumer generates. IoT with billions of connected devices will open opportunities to capture value from new 5G use cases.

Voice&Data: Which according to you will be sectors/verticals that will be the early adopters of 5G based solutions from Telco’s?

Dr. Rishi Mohan Bhatnagar: 5G is expected to play a major role in digitalization of industries.The largest opportunity will be seen in sectors like manufacturing, energy, and utilities followed by public safety and health sectors adopting IoT, AI, and VR technologies. This will be over and above the revenue generated from traditional services which is expected to grow up to USD 63 billion by 2026.

However, traditional models of network construction, service rollout, and selling data traffic cannot be applied to developing IoT services. Smart devices and upper-level applications are higher value, comprising about 60 percent of the industry chain, while the value of connections and platforms yields just 20 percent. Moreover, industry data generated by high numbers of connections also create opportunities for big data applications. Typically, there are three steps for telcos to develop IoT services. The first involves providing connectivity services for verticals and then quickly scaling up. The second step involves providing platform services to companies that want to build IT capabilities and enabling industry players step-by-step on the IoT platform. In the third step, the telcos provides end to end solutions for three to five vertical industries, first refining, then optimizing, and finally standardizing the solutions to replicate them at scale.

The IoT sector is a very close match for telcos strengths and resources and 5G will provide the right infrastructure to support accelerated adoption of this technology. However, if they want to avoid pipefication and exploit the coming explosive growth in IoT, they must get out of the comfort zone and into areas of high-value with strong strategies and new capabilities.

Voice&Data: By when do you hope to see commercial roll-out of 5G in India?

Dr. Rishi Mohan Bhatnagar: Telecom Minister Manoj Sinha has set the target for commercial roll-out of 5G services in India by 2020 which will be at par with other countries. Unlike earlier generation technologies including 3G and 4G, the next-gen 5G will not be limited to mobile services but will play an important role in societal transformation with usage in power grids, smart cities, agriculture, banking, railways, healthcare.

Posted by: Gyanendra Rashali
View more posts
Tags:5G, India 5G Conference
“For an accelerated 5G adoption, it is crucial to have a device ecosystem and innovative pricing models.” 0 out of 5 based on 0 ratings. 0 user reviews.
Is iPhone ready for the 5G revolution?
Prashant Singhal to Address Voice&Data “India 5G Evolution: For A Really Smart World” Conference

The recent global study by CMR finds that 5G would be dominated by video.

New Delhi: As per a new global consumer study from CMR, 5G has allowed exponential…

A spurt in alliances, collaborations, and acquisitions just for optimizing 5G delivery

Between October 26th and 27th, the communications world was informed of 4 major deals between…