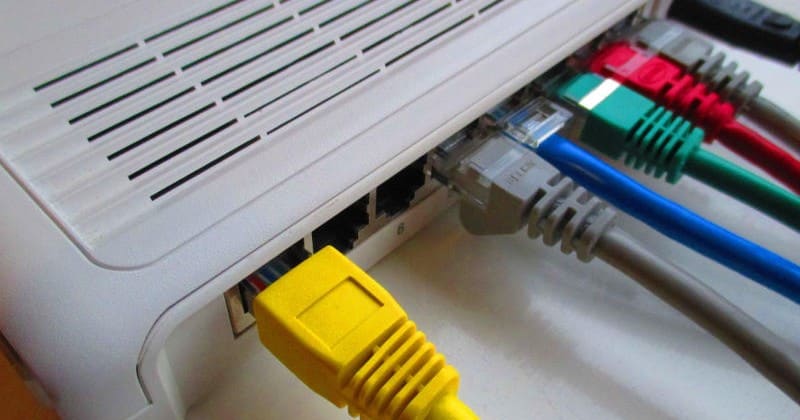 As the telecom industry in India prepares for the next level of growth through new digital initiatives, let us look at the challenges that prevented the implementation of an effective broadband network in India in the past

Just months after India watched the grand unveiling of the ambitious Digital India and Smart Cities 100 initiatives, an industry report ranked Indian telecom industry the worst in Asia Pacific in terms of broadband speed. “Will high-speed broadband remain a myth in my lifetime?” asks an average Indian who has been frustrated with the 3G/4G services available on his mobile network.

If we compare the broadband subscriber figure between India and its peers, it becomes clear that rural broadband will remain a dream for India at least for the next 5 years. With just 120.88 million subscribers, which include wireless and wireline services, India’s broadband customer base comprises just 26% of 3G and 4G subscriber base of China Mobile alone. As per ‘Measuring the Information Society Report’ of 2015 published by ITU. India is ranked 135 in both the access sub index and use sub-index, which are basically measures for Telecom Infra & penetration indicators.

As the telecom industry in India prepares for the next level of growth through new digital initiatives, let us look at the challenges that prevented the implementation of an effective broadband network in India in the past.

1. Regulatory hurdles: Over the last decade since the advent of broadband, the regulatory authority in India missed several opportunities to formulate a proactive broadband strategy that could help address the digital divide and boost the country’s economic growth. World Bank estimates that a 10% increase in broadband penetration accelerates economic growth by 1.38% in developing countries. Regulatory hurdles apart, Indian telecom sector was hard hit by the onslaught of multiple issues and procedural delays typically associated with public offices.

Telcos who got their fingers burnt in 2G taught the industry that investment in India’s telecom sector is a risky affair. Also, the reactionary policies that immediately follow such delays and implemented without having a futuristic outlook, make the scenario worse for the investors. Striking a balance between transparent measures which prevent such malfeasance and an economically viable model that facilitates a level-playing field for the participants is integral for the health of the Indian economy. A single regulatory framework that facilitates swift decision making and transparency among the stakeholders could address the challenges in rolling out a broadband infrastructure.

2.Lack of fibre infrastructure: The poor quality of service (QoS) and call drop issues are primarily attributed to the country’s low investment in fibre and backhaul infrastructure. It is a well understood fact that fibre networks are the most viable medium to deliver increased data capacity and improve the quality of voice calling. The fact that less than 20% of the towers in India are backhauled compared with an average of 80% in countries like the US, China, and Korea emphasizes the need for an effective policy that gives due importance to fibre deployments.

Industry reports reveal that India currently deploys an average of 15 million kilometres of fibre every year whereas current demands indicate it needs to increase to at least 50 million kilometres per year. As telcos lock horns with regulators on call drop issues, there is an underlying issue that seeks the attention of all: Where should the investments come from? Apart from the state owned MTNL/BSNL, leading private telcos like Reliance Communications, Reliance Jio, Bharti Airtel and Tata Teleservices have come forward to connect their base stations with fibre; however their investments are logically fit into existing lucrative circles, so rural deployment is not likely to happen in the current scenario among these participants. The disparity in broadband penetration between urban and rural India continues to haunt Indian economy. TRAI’s September 2015 report reveals that India’s rural teledensity is less than 50% whereas the urban figure comes about 150%.

Right of Way issues—India’s telecom sector was plagued with Right of Way (RoW) issues since the beginning creating roadblocks for the development of the country’s backhaul infrastructure. Currently RoW charges vary from a few lakhs to `1.5 crore per km across different states.

With different states having different RoW policies, telcos are losing out significant amount of their infrastructure investment to municipal bodies across different states. As the industry evolves to the next level of growth through 4G and LTE that demands 30 to 120 Mbps of backhaul capacity, operators are likely to face the brunt of RoW issue more severely. While Section 7 of the Indian Telegraph Act calls for consistency in the conduct of any such work done by the government or the licensed parties, no such notification has been issued by the government on RoW.

3. Last mile connectivity: Lack of fibre optic infrastructure to provide last mile connectivity has affected the performance of broadband especially in rural India. The NOFN project was launched to bring optic fibre as close to the end-user as possible so that high-speed broadband can be made available to the customers. The NOFN had envisaged laying OFC connecting all the 2,50,000 Gram Panchayats of the country. The work for laying the cable was allotted to three CPSUs—BSNL, RailTel and PGCIL—in the ratio of 70:15:15 respectively.

Also, non-discriminatory access to the NOFN was to be provided to all service providers. The network was supposed to be commissioned in two years; however as per the information available from BBNL, as on November 2015 only limited Gram Panchayats have been connected despite best efforts. Recently TRAI has invited various industry sectors asking for suggestions on implementation models with an objective to improve overall Bharatnet delivery. Discussions are on to bring best implementation model for the state led program with an increased participation from private sector including emphasis on network utilization

4.Capital-intensive affair: Indian telcos are financially stretched not only due to the rising spectrum prices but also due to the heterogeneity of the networks they operate on. The hasty transition from 2G to 3G and now to 4G/LTE demands huge investments in spectrum and supporting technologies.

Additionally, the ongoing FTTH investments in India are highly capital intensive especially in rural areas where penetration is far below the national average. As regulators play wait-and-watch game on infrastructure expansion, operators are facing pressure on multiple fronts to expand network and ensure QoS. This chicken-egg dilemma can be addressed only through a clear directive and incentivization of telecom investments. This apart, telcos are facing competition from Wi-Fi providers, OTT players, cable companies—all of which force telcos to rethink strategies so that they can increase broadband ARPU. In this context, telcos are left with an option either to forego near-term returns from their investments or indirectly pass them on to end customers.

5.Conclusion: The telecom industry has been a major contributor for economic growth. In order to achieve GDP growth levels of 10%, the telecom industry will have to revolutionize the way the current state of ICT services. For this to happen participation is required from various stake holders, both government and private. The government thrust should be on increasing rural connectivity/ penetration by addressing hurdles by facilitating various policies and improve investment climate through fast tracking reforms; whereas the private players will need to invest in improving the capabilities for the rollout of Telecom infrastructure.

The author is COO – Power and Telecom Business, Sterlite Technologies