Let us begin with a simple question. What is more expensive—a cup of coffee daily or a prepaid mobile plan bundling daily unlimited voice, 1.5 gigabytes of broadband data, and free access to a wide assortment of content across music, movies, and live TV channels?

Surprisingly, today the daily cup of coffee is more expensive. There is a big difference in the value that the telecom sector provides versus the amount it charges. Indians today connect with their friends and families, their entertainment, their work and even their passion and emotion, seamlessly on their mobile, transforming the way we live, work, play, and socialize.

It is interesting to note that despite delivering this telecom miracle over the last 25 years, the sector is at its paradoxical extreme. Consumer demand is at its peak while pioneering telecom companies are in existential crisis. The poster child of India’s economic liberalization success is gasping for breath.

Let’s start from the very beginning. After NTP 1999, India’s private sector in the decade of 2004 to 2014, built perhaps the world’s widest mobility voice infrastructure on 2G, which connects over 500,000 towns and villages across the country, fulfilling the connectivity needs of 1.17 billion Indians.

The phenomenon was termed Telecom Revolution 1.0!

Again, in response to the Prime Minister’s clarion call for Digital India, the sector heralded Telecom Revolution 2.0, with an unprecedented investment in 4G network, of over Rs 6 lakh crore in a matter of four years.

Consequently, mobile broadband customers jumped to 600 million and wireless data traffic peaked to the highest in the world at 10 gigabyte per user. It’s amazing how the mobile data rates in India fell to Rs7.70 per GB (USD 0.11 as per TRAI June 2019 report) against an average of USD 12.37 in the USA, USD 9.89 in China, and USD 8.53 per gigabyte globally as percable.co.uk online report.

Catalyzing digital adoption
All the ecosystem players prospered, as the digital contribution to Indian economy crossed 7.5% at USD 200 billion. The rapid pace of digital adoption transformed the country into a large market for a host of digital services in the fields of entertainment, social, e-commerce, mobile payments, food delivery, etc.

In the last four years, 30 over the top (OTT) entertainment content players mushroomed, including companies like Netflix and Amazon and broadcaster-promoted apps such as Hotstar, Sonyliv and Zee5. Around 50% of internet users adopted digital banking services while the country became part of global app economy with over 17 billion app downloads in 2018. The plethora of digital startups are today driving entrepreneurial culture in this country.

Bridging the digital divide
However, we have a long distance to traverse, as digital service is not just about entertainment, information, and commerce. Digital has the power to impact lives of people at the bottom of the socioeconomic pyramid, solving India’s deep-rooted challenges in the fields of education, healthcare, governance, social inequality, justice, and climate change.

The Indian mobile operators are on a mission to bridge the digital divide, by transitioning the remaining 700 million Indians into the fold of internet revolution and thereby improving their lives meaningfully.

While the consumer side of digital is well known, the new emerging story is in the enterprise domain as we introduce innovative technologies like AI, ML, cloud computing, robotics, virtual and augmented reality, IoT, blockchain, Big data, 3D printing, and more. Like in other parts of the world, India is gearing up for an outburst of connected devices estimated to cross 10 billion by year 2030 as we disrupt existing business models with smart cities, smart homes, driverless automobiles, and automated manufacturing, thereby connecting everything with intelligent, immersive, and inventive solutions and forcing a tectonic shift in business practices.

Our Prime Minister aptly identified Digital India 2.0 as a key impetus for doubling country’s GDP to over USD 5 trillion and leading India into the 4th industrial revolution. The USA and China have experienced similar digital economic successes. For example, China’s digital contribution has risen from 15% in 2008 to 38% in 2018 of its GDP. India has the potential of matching such performance and growing its digital economy to USD 1 trillion in size.

Fast forward with 5G
India’s citizens and its enterprises are once again looking forward to the private-sector mobile operators initiating Telecom Revolution 3.0and launching latest 5G services—the likely key driver for India’s evolution to a gigabit society with ultra-reliable low-latency networks. The question is whether the financially stressed telecom sector rise as a phoenix, invest additional USD 100 billion to deliver 5G services and meet the country’s Telecom 3.0 aspirations.

However, the brutal price competition in the last three years has led to unsustainable losses for telecom operators. Industry revenues have declined by 15% and average revenue per user is down by 28% while the consumption has peaked to world’s highest levels. Also, telecom operators’ costs have accentuated due to globally highest spectrum prices; 35% of customer bill charged as taxes; and falling IUC settlement rates. Also, despite the sector moving to auction-based pricing for spectrum, it continues paying revenue-linked spectrum usage charges.

This forced a number of serious early strategic investors to exit India during 2016-17. These include Telenor, DoCoMo, MTS, Maxis, Axiata, Tata, and RCom. The apex court’s recent AGR ruling is further threatening the current ‘3+1’ market structure.

Looking ahead
I am an eternal optimist and am confident that just like the past golden era, the sector, with active support from government, will reinvent itself. The rock-solid digital infrastructure backbone with each telecom operator generating surplus is critical not only for economic growth but also underpins the success of India’s digital economy.

I believe that telecom needs attention on the following three fronts:

First, we need a refreshed and bold regulatory framework suited for the new digital era. The operators need to work closely with the government to find long-term solutions for the existential faced by the ‘3+1’ structure and ensure reasonable returns on investments.

For the success of Telecom Revolution 3.0, regulation has to play a facilitating role in reducing taxes, offering large quantum of harmonized spectrum at affordable prices, strengthening competition, and supporting operators’ journey towards network densification, virtualization and cloudification while also addressing other issues like privacy and security.

Second, the industry needs a collaborative approach with its ecosystem partners. The period of capex-led ‘do it yourself’ model is over. In this new digital era, mobile operators have to work in close unison with application developers, content partners, and IoT specialists on commensurate revenue sharing model for each stakeholder.

Deepening of relationship, sharing of knowledge, and accepting core competencies and strength of each partner are a key to take the industry forward. For example, alliances across industry vertical for use cases in media and entertainment, education, health, manufacturing, automobile, banking, and logistics sectors will foster new innovative business models.

Finally, the industry needs to better its narrative to consumers. Surprisingly, while the industry offers exceptional value, its relationship with customers remains tepid. The focus of industry has to move from customer satisfaction to improved experience and engagement, thereby rebuilding consumer trust.

The Indian telecom stocks have been amongst the worst performing. As this core sector returns to its critical role of nation building and providing bedrock foundation for India’s digital services, its financial performance needs to improve by way of increased revenues and reduced costs.

Refreshed business models with monetization of non-core assets, focus on cash positive P&L with vision of double-digit ROI is the key for sustainable return of investors like global funds, private equity players, and financial institutions and banks.

I am confident that the golden era of telecom sector with active government participation, is round the corner. Historically, NTP 1999 had envisioned Telecom as a catalyst to country’s economic development, thus revolutionizing lives of 1.17 billion Indians.

A bold and refreshed regulatory regime in 2020 could pave the way for Telecom Revolution 3.0, leading to India’s proactive participation in the fourth industrial revolution and spur large-scale employment generation, fresh capital infusion, and success of Digital India 2.0, thus strengthening the country’s position in the emerging new global order. 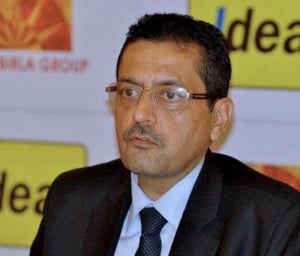